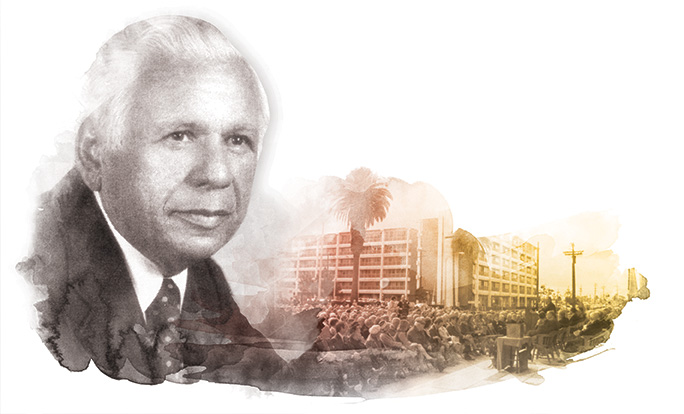 The USC Leonard Davis School was established in 1975 through a gift from Leonard Davis, a pioneer in the development of insurance for older Americans. At a time when older adults could not easily obtain life, health or automobile insurance, Davis devised innovative approaches for providing them with much-needed coverage. His commitment to the cause of older Americans brought him to testify before congressional committees on issues related to aging, and he was a delegate to the 1970 White House Conference on Aging. In 1958, Davis founded the American Association of Retired Persons (AARP) with Ethel Percy Andrus. When Dr. Andrus died in 1968, Davis led the effort to create a lasting memorial for this outstanding woman: the Ethel Percy Andrus Gerontology Center at USC. His generosity enabled the USC Leonard Davis School to eventually create the country’s first PhD, master’s and bachelor’s degree programs in gerontology.

“… [AARP] thought it would be very appropriate to establish a very significant memorial for [AARP co-founder] Dr. [Ethel Percy] Andrus. We began to talk and search for an appropriate memorial to her. Dr. [Verna] Carley came to the Association with the idea of setting up a gerontology center at a university as being the greatest memorial to Dr. Andrus. I thought that was a wonderful idea. And again, it was suggested that the University of Southern California, which had been the most progressive in this area in the country, be selected as the site for such a memorial… Subsequently, Mrs. Davis and I established the first school in gerontology which was established and is functioning at the Andrus Center, called the Leonard Davis School of Gerontology. I think the Center continues to be an appropriate tribute to Dr. Andrus, and one that I’m very proud of. I don’t think we could have honored her better…”      -Leonard Davis 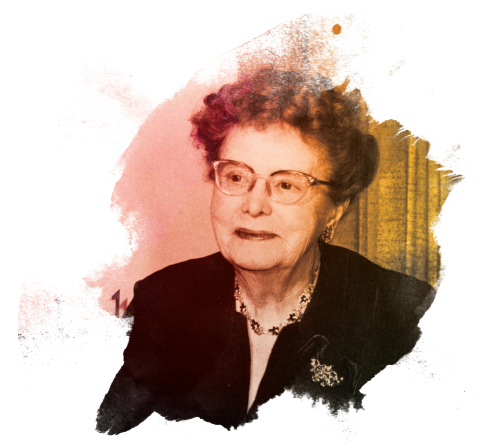 Ethel Percy Andrus, PhD, dedicated her career to education and the concerns of retired Americans. In 1916, at the age of 32, she was named principal of Lincoln High School in Los Angeles, making her the first woman in California to lead a secondary school. Soon after her arrival, she began a successful campaign to rename the community “Lincoln Heights.” During her 28 years at the school, she would go on to influence generations of students as an innovative administrator, particularly in the areas of industrial and adult education. She also earned a PhD from the USC Rossier School of Education in 1930 and became an expert in urban education.

Dr. Andrus founded the National Retired Teachers Association (NRTA) in 1947 in response to the meager pensions on which retired educators struggled to live at the time after speaking with a retired teacher forced to live in a chicken coop. The NRTA used group strength to provide low-cost insurance programs, and in 1956, it became the first health insurance program for educators over the age of 65.

Two years later, after thousands of other non-teachers contacted her about receiving benefits, Dr. Andrus co-founded the American Association for Retired Persons (AARP) along with her close friend Leonard Davis. She served as president and led the organization to rapid growth by creating an array of programs to help older Americans with many aspects of their lives, including second careers, health insurance, travel and more.

The USC Ethel Percy Andrus Gerontology Center was built in her memory and financed mostly from small donations from AARP members.