The Esther and Isadore Kesten Memorial Lectureship was established in 1973 by Alan Davis, son of Sophie and Leonard Davis, in memory of his grandparents. The funds from this endowed lectureship allow the USC Leonard Davis School of Gerontology and the Andrus Research Center to annually honor an individual whose research in gerontology has contributed significantly to our understanding of the aging process.

The award is designed to recognize prominent scholars in fields related to aging. On the day the award is presented, the awardee presents a public lecture at the Andrus Gerontology Center and meets with Center faculty and graduate students for informal discussions.

“My career today would not have been the same without the Leonard Davis School of Gerontology.” 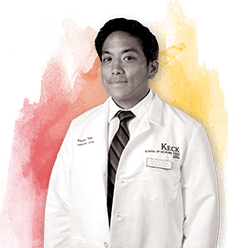