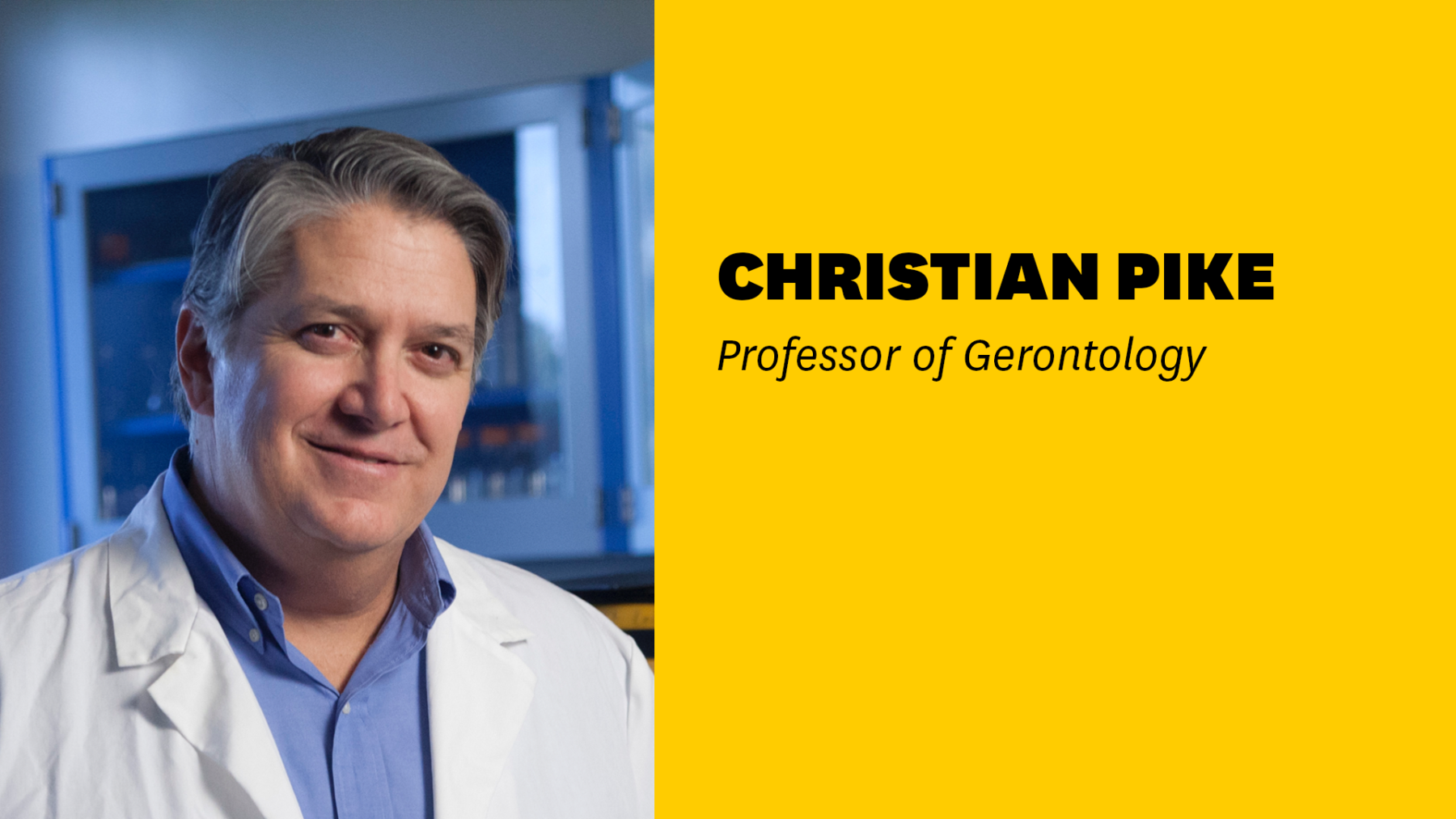 Christian Pike, Professor of Gerontology at the USC Leonard Davis School of Gerontology, discusses his research on sex differences in Alzheimer’s disease and how they can help inform how we might one day prevent and treat it.

“… Maybe there are situations where the disease, although it’s the same disease, it works a little bit different in men than it does women. And maybe we should consider that in terms of the risk factors for developing it and even how we approach it therapeutically.”

“If you look at clinical trials of Alzheimer’s disease drugs, almost all of them are failed.”

“You can’t control your genetics. At least you can’t yet. But you can control your environment and your lifestyle what we call modifiable risk factors. And so what everybody can do is deal with those now. while we’re, while we’re waiting to get the treatments.”

“There are so many differences between men and women in Alzheimer’s disease. I mean, at the core of it, the disease is very much the same across all people. But then when you begin to break it down into the effects of different risk factors, you begin to see significant differences.”

“And in recent years there’s been a greater emphasis on sex differences in the more we look, the more differences between the male brain and the female brain that we find.”

Learn more about Professor Pike and his work at https://gero.usc.edu/faculty/pike/