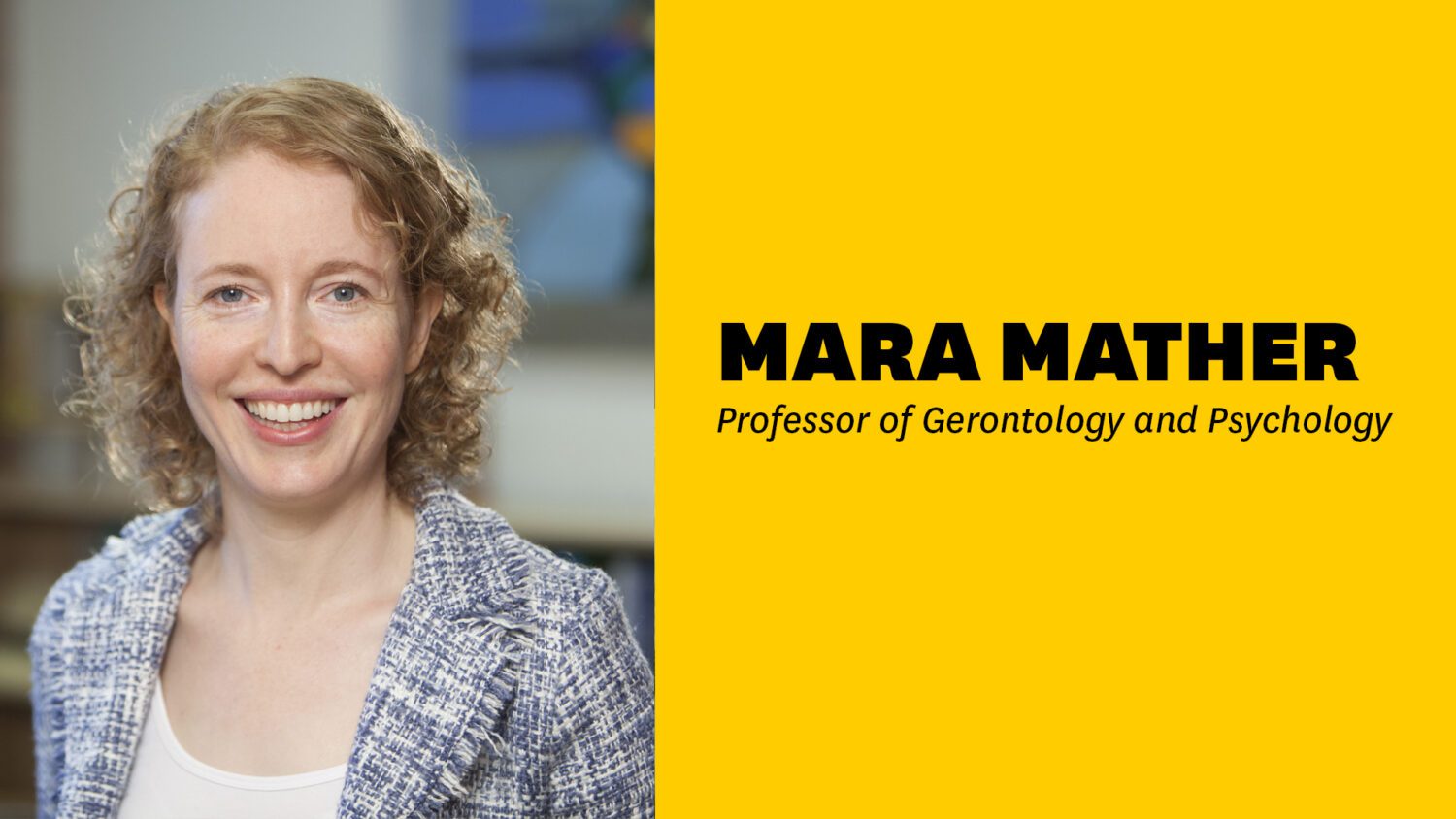 Professor Mara Mather: Slowing down the progression of Alzheimer’s disease

Mara Mather, Professor of Gerontology and Psychology at the USC Leonard Davis School of Gerontology, is shedding light on how we learn, what we remember, and where we might find clues to slowing the progression of Alzheimer’s disease.

“I think that Alzheimer’s is more like cardiovascular disease. It’s a spectrum and we’re all somewhere on this spectrum. We all have a little bit of the disease pathology the way that we probably all have some atherosclerosis lurking somewhere in our cardiovascular system. What this means is that, Alzheimer’s is this very slow-moving process and what we really want to be doing is slowing it down.”

“That high arousal state is helping you to learn new things and shape your brain and keep your brain plastic as you get older or throughout life. But those high energy, high metabolic brain plasticity processes are creating waste, they’re producing things like amyloid and tau. So you’ve got these positive aspects that leads to brain plasticity, but it also can lead to more pathology.”

“You need both the high arousal, sympathetic nervous system, properties that allow for brain plasticity. And you also need these relaxation, parasympathetic properties that allow for things to be repaired and for waste to be cleared out. And you need to go through both of those states every day pretty much to maintain a healthy balance of both really high performance and dealing with the consequences of having had all that brain activity.”

“And so my hope and my ambition is to try to figure out the balance where you can engage the brain in intense mental stimulation that leads to growth and neuroplasticity. And we can also figure out optimal ways to either restore deep sleep and enhance that or do these sort of meditative or heart rate variability, biofeedback sort of practices that can mimic some of the aspects of deep sleep and allow for the clearance of the waste products of that really high mental stimulation.”

“One study that looked at a large sample of people who have practiced meditation for many years versus people who have not practiced meditation found that when they just used a machine learning technique to guess at how old the brains were of each person. This algorithm guessed that on average, the meditators brains were 7.5 years younger than their actual age and compared to the control brains, which were non-meditators and didn’t show that effect. So it seems that meditation is associated with benefits for the actual brain health, which is really interesting, whether this might be because over years, they’ve had better clearance of these potentially pathological aspects that when they accumulate for many years eventually lead to Alzheimer’s disease.”

Learn more about Professor Mara Mather and her work at https://gero.usc.edu/faculty/mather/