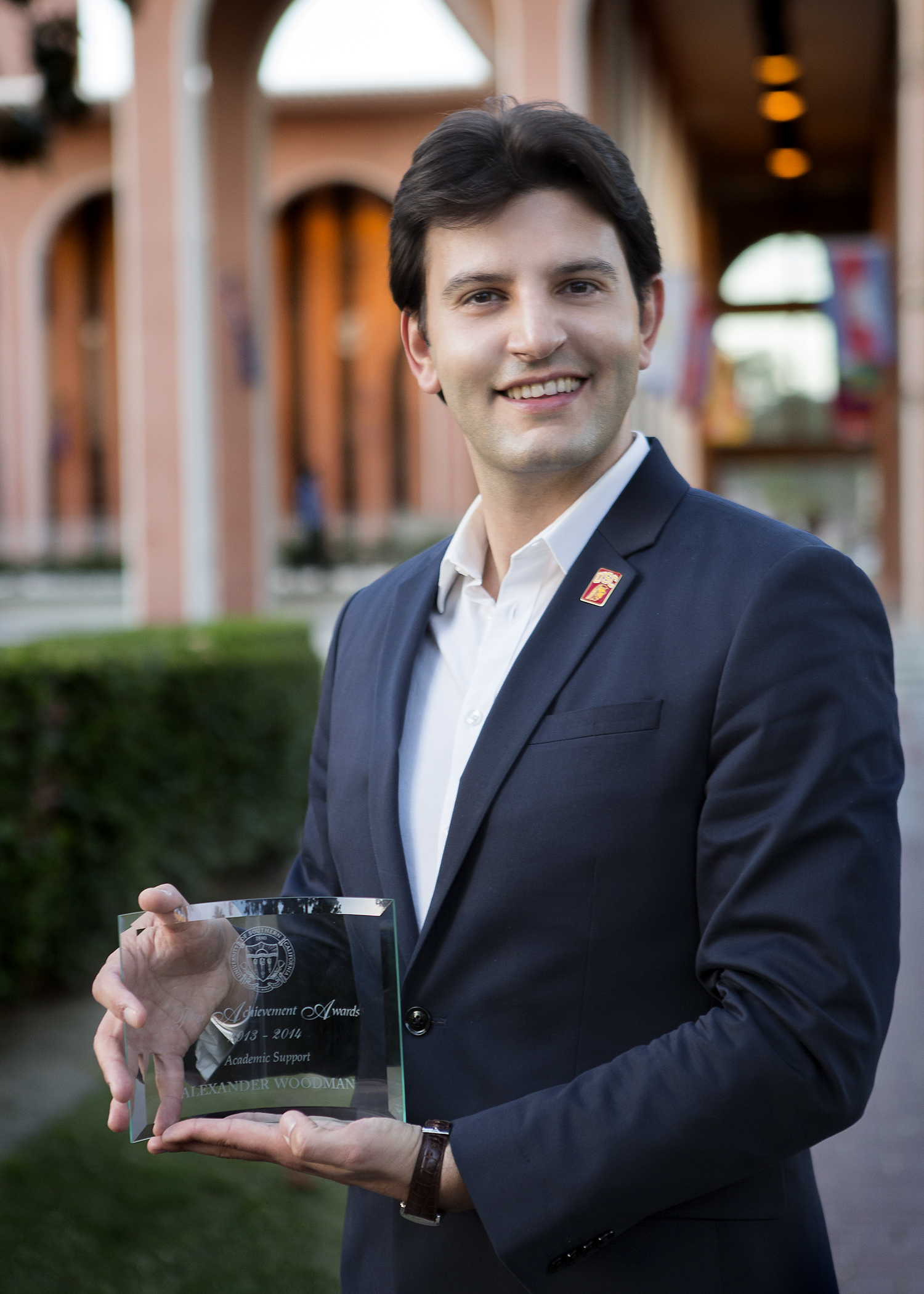 Alexander Woodman, a student in the Master of Science in Gerontology program was recently awarded an Academic Support Peer Achievement Award for significant contributions advising and tutoring students who craved the opportunity to transfer to USC from other colleges and universities around the world. As a former Bruin who has flourished at USC, Alexander enjoys opening the door of opportunity for ambitious people who want to join the Trojan family.

Prior to coming to USC, Alexander built his career developing and facilitating culturally and socially-diverse intercultural discussions among academics studying social justices and cultural diversity. He worked closely with scholars from Thailand, Cambodia, France, and the United Arab Emirates to develop research papers studying public health and social issues facing local populations and migrants to these countries now facing minority status. He gained a passion for Autopathography, an experience where older adults explore how their health issues affect their daily lives. This experience opened his eyes to the reality of aging, and inspired his interest in research on aging.

Alexander is writing a research paper now, in collaboration with Dr. Aaron Hagedorn, analyzing data he collected in Thailand using surveys that investigate the health and social needs of migrants in Thailand accessing local health care resources. He plans to eventually become a scholar focused on issues of gerontology, global health, and life –span development. Alexander will spend his summer at Harvard University working collaboratively with faculty at Harvard School of Public Health on a research project. He enjoys mentoring and advising students as part of their and his professional development and interest in academic leadership.

Alexander is grateful to the scholarship donors who have made his dream of learning from the best and brightest in the field of Aging possible.