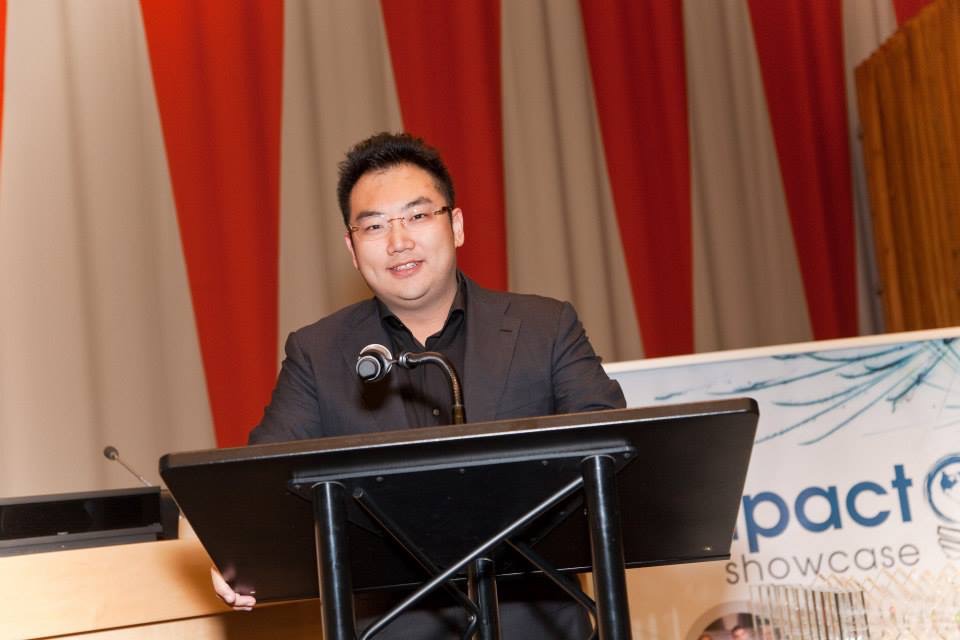 Just in time for November’s National Entrepreneur Month, entrepreneur Kevin Xu and his wife Leah Yang are announcing a commitment from the Xu family to the University of Southern California Davis School of Gerontology to establish the Brighten Award for Entrepreneurial Gerontology.

The award, named in honor of the couple’s son, will provide $20,000 each year on an ongoing basis to innovative students who exhibit entrepreneurship and aim to incorporate elder-friendly elements into their ideas. Xu and Yang are both USC alumni; Xu received his Bachelor of Arts in Neuroscience degree in 2011, and Yang received her Master of Aging Services Management degree in 2013.

The Leonard Davis School works to equip future aging professionals with the skills and knowledge necessary to respond effectively to the needs of an aging population, including the ability to introduce new aging-related innovations to the public. Many Davis School graduates have gone on to become entrepreneurs and leaders in the aging industry, and the school strongly supports projects with translational possibilities. In particular, the school’s Centers for Digital Aging and Creativity in Aging focus on developing new technologies and programs for use by older adults in the real world.

As a young biotechnology entrepreneur as well as a member of the Davis School Asian Advisory Board, Xu said he believes that a huge potential market related to the elderly population is still hibernating and underestimated. He said he hopes that the Brighten Award will exist for the next 50 years, encouraging tomorrow’s most promising innovators for decades to come.

“We rely on our future entrepreneur generation to fully uncover the hidden value and benefit the nation both economically and structurally,” Xu said.

Kevin Xu is the CEO of MEBO International, a California-based intellectual property management company responsible for managing Human Body Regenerative Restoration Science; CEO of Skingenix, a California based company exclusively working on drug development in the field of damaged organ regeneration; honoree of EMPACT 100 in 2014; and founder of Regeneration 2014 Campus, an award-winning virtual educational platform for organ regeneration science.

Xu is also a member of the Young Entrepreneur Council, an appointee of the California-China Trade and Investment Advisory Board by Governor Jerry Brown, and the founder of the Regeneration X Foundation, a non-profit organization focusing on providing support for the establishment of in situ regenerative life science and related educational systems and research collaboration. He serves on the Asian Advisory Board of the USC Leonard Davis School of Gerontology. In addition, he is a contributing author for Wired, Business Insider and Forbes.

Xu and Yang’s pledge supports the Campaign for the University of Southern California, a multiyear effort that seeks to raise $6 billion or more in private philanthropy to advance the university’s mission of academic excellence and to advance research and scholarship that will address society’s most pressing challenges. Three years after its launch, the campaign has raised more than $3.7 billion.