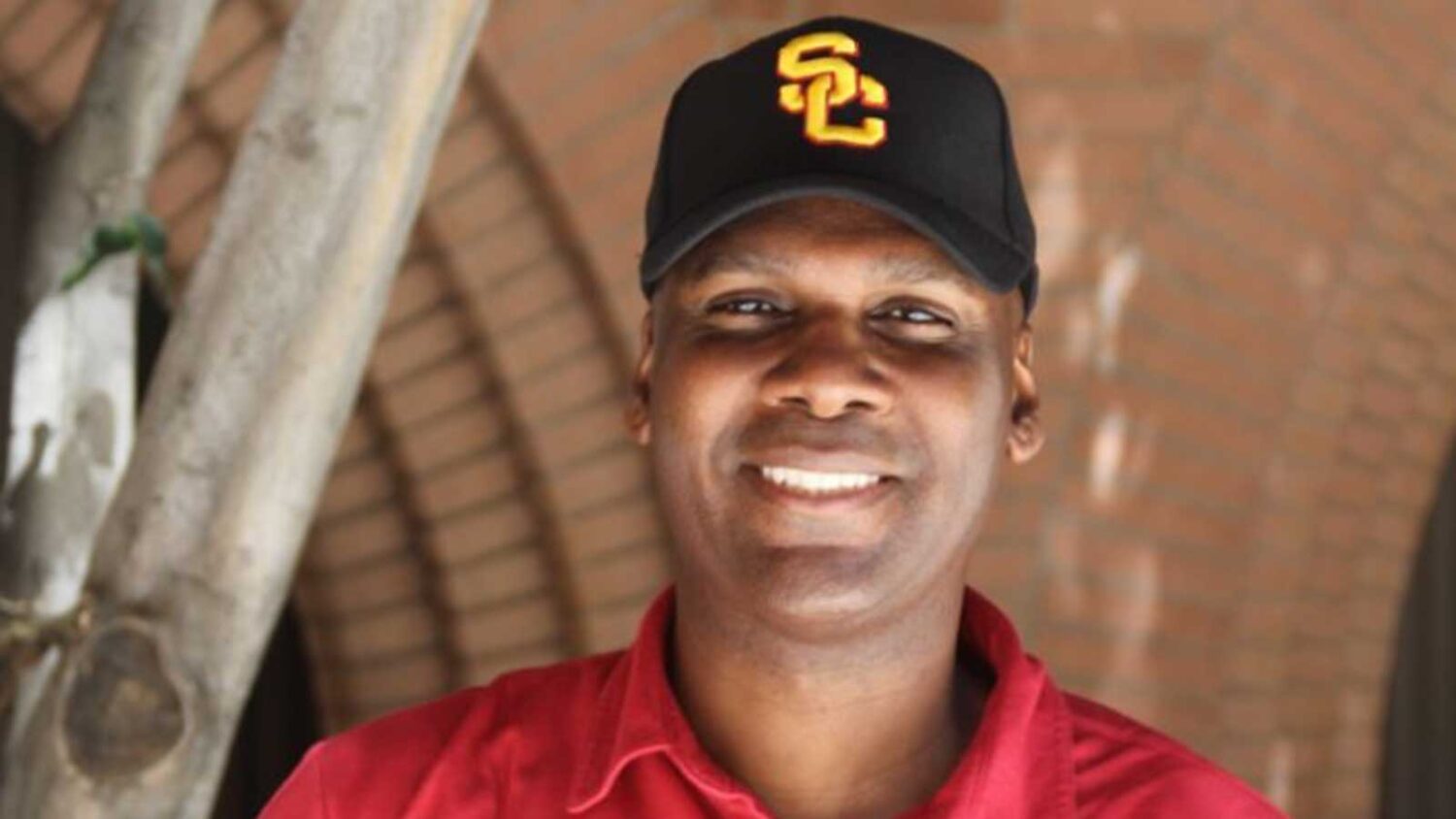 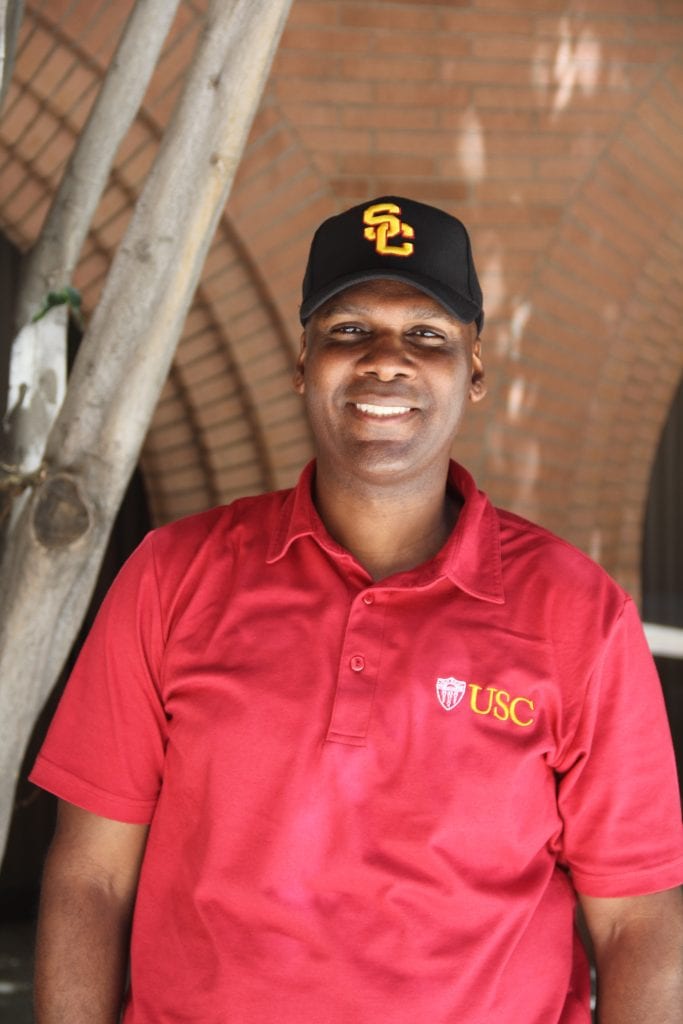 As a student in the Master of Arts in Gerontology Program at the USC Leonard Davis School of Gerontology, Victor Hudson has merged his experience as a clergyman with his passion for gerontology, studying hospice care in order to help ill and older individuals and their families.

The entries on Victor Hudson’s résumé are incredibly diverse, but his commitment to working hard and helping others has shone through at every point in his life.

Hudson was born in Chicago but grew up in Southern California; as a teenager, he lived just a few miles from the USC campus. Following nine years of service in the United States Marine Corps, Hudson received his Master of Business Administration degree from Regent University in 2001 and began working for the Neuroscience Division of Pfizer Pharmaceuticals, Inc. later that year. There, he learned more about issues facing older adults as he marketed the Alzheimer’s disease drug Aricept and the neuropathic pain medication Neurontin.

“During that time, I became friends with a board-certified internist and geriatrician, Dr. Shekar Chakravarthi, who is a USC Marshall alum,” Hudson says. “Dr. Chakravarthi saw my passion for helping the elderly, so he allowed me to participate in several preceptorships while he was medical director for a skilled nursing facility. It was during those hours together that Dr. Chakravarthi encouraged me to apply for the Master of Arts in Gerontology program.”

In the meantime, Hudson had begun following another call to service, this time as a pastor and leadership coach. He served as a clergy advisor for the New Jersey Family Policy Council and developed a leadership course for incarcerated men before earning his Master of Arts in Religion from Liberty Baptist Theological Seminary in 2012. He has been a full-time faith leader and church planter ever since, and he is now completing his MA in Gerontology in concert with his clergy work.

Hudson says choosing the USC Leonard Davis School of Gerontology was easy for him.

“For starters, USC Leonard Davis is the largest and the oldest gerontology school in the country. Having served in the United States Marine Corps, it is obvious I believe in time-honored institutions—ones that have rich traditions like the USC Leonard Davis School of Gerontology,” he says. “Moreover, USC is about helping the world become a better place for all mankind.”

His passion for gerontology and his dedication to serving families as a clergy member have merged into a keen interest in caring for individuals at the end of their lives as well as their loved ones.

“In my second semester, I took an end of life course with [USC Leonard Davis Hanson Family Trust Associate Professor of Gerontology] Susan Enguídanos, which was amazing; she has been a true mentor! It was during that course that it became clear that my work in gerontology would be centered-round hospice and helping grieving families,” he says. “After that course, I applied to a hospice agency and was hired to develop hospice for families. As a seminary trained pastor, I am well-versed in the grieving process, thus I am able to educate families on the benefits of hospice, its philosophy of care, and what the grieving process looks like once death occurs.”

Upon graduation, Hudson hopes to use his background and his new skills to help others both in the U.S. and around the world.

“I believe my background in pastoral work and now gerontology work hand-in-hand, for they both integrate lifespan development. Thus, my hope is to continue to learn and be mentored by my professors as I carry on the USC tradition,” he says. “Furthermore, as a pastor, I have participated in missions in the Dominican Republic, so developing a hospice program for their sick and their elderly is in line with the Trojan tradition of helping all people become better world citizens.”