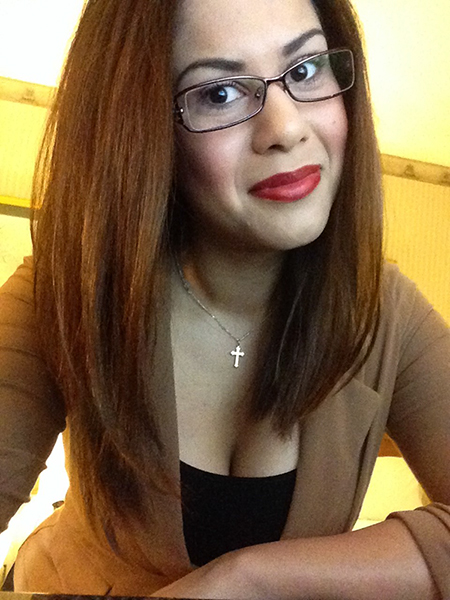 Pérez, a Gerontology PhD student, received fourth place among all humanities and social science graduate researchers based on the University Park Campus. She presented research conducted with USC Leonard Davis Assistant Professor Jennifer Ailshire that examined the deeper facts behind the so-called “Hispanic Paradox”—the idea, based on broad statistics, that health among Hispanics is comparable to or better than that of whites despite Hispanics’ relative socioeconomic disadvantage.

Pérez stated that while ethnicity is an important indicator of social and cultural experiences that influence health, the Hispanic Paradox is misleading due to overly broad grouping of more than 25 ethnicities under the umbrella term “Hispanic.”

“In respect to the Hispanic Paradox, all 25-plus countries get clustered into this one category of Hispanics that assumes a homogenization of experiences, which in reality is not the case. The Puerto Rican experience in the U.S. is different from the Cuban experience and so forth,” she said. “By saying all Hispanics have better health relative to whites is misleading for several reasons: it is based on study samples of primarily Mexican-Americans that get generalized across all Hispanics, and we assume that all Hispanics share the same migration trajectories, health behaviors, and socioeconomic statuses that influence health outcomes.”

One dramatic finding from Pérez and Ailshire’s study shows that Puerto Ricans have a higher disease burden compared to any other group, but under the Hispanic Paradox this health disadvantage is masked. The concern is that resources are diverted away from disadvantaged populations because the homogenization of the Hispanic category excludes disadvantaged ethnic group experiences, Pérez said.

“Seeing the lack of consensus of health patterns not only in this study, but several others, it is important to analyze Hispanic ethnic groups because there is little theoretical explanation or justification that these groups are all alike,” she said. “Taking Mexicans and Puerto Ricans for example; their homelands, migration patterns, communities, citizenship status, and ethnic cultures are different from each other. The variations in the predictors of disease burden among Hispanics in this study support that we cannot continue to analyze these subgroups as homogeneous.”

Pérez is now working with Ailshire to get the work ready for possible publishing. She said hopes the study reminds the wider research community that doing any data analysis with Hispanics included should stop treating the group as homogeneous.

“We are missing opportunities for improvement of research design and analysis that are putting some of these Hispanic groups at risk because we are not diverting research dollars or interventions to improve some of these communities who have higher levels of disease burden,” Pérez said.

Pérez said she was humbled by the recognition and was grateful for the opportunity to get Hispanics recognized in general in higher education and research as well as show other minority scholars that their perspectives are important.

“I came into the graduate symposium thinking about whether I was the only one that cared about this problem of defining Hispanicity in studies of health,” she said. “To see my peers interested about my topic and engaging by asking me questions definitely helped me see as a researcher that the work I am doing is important and is a great push to keep moving forward.”