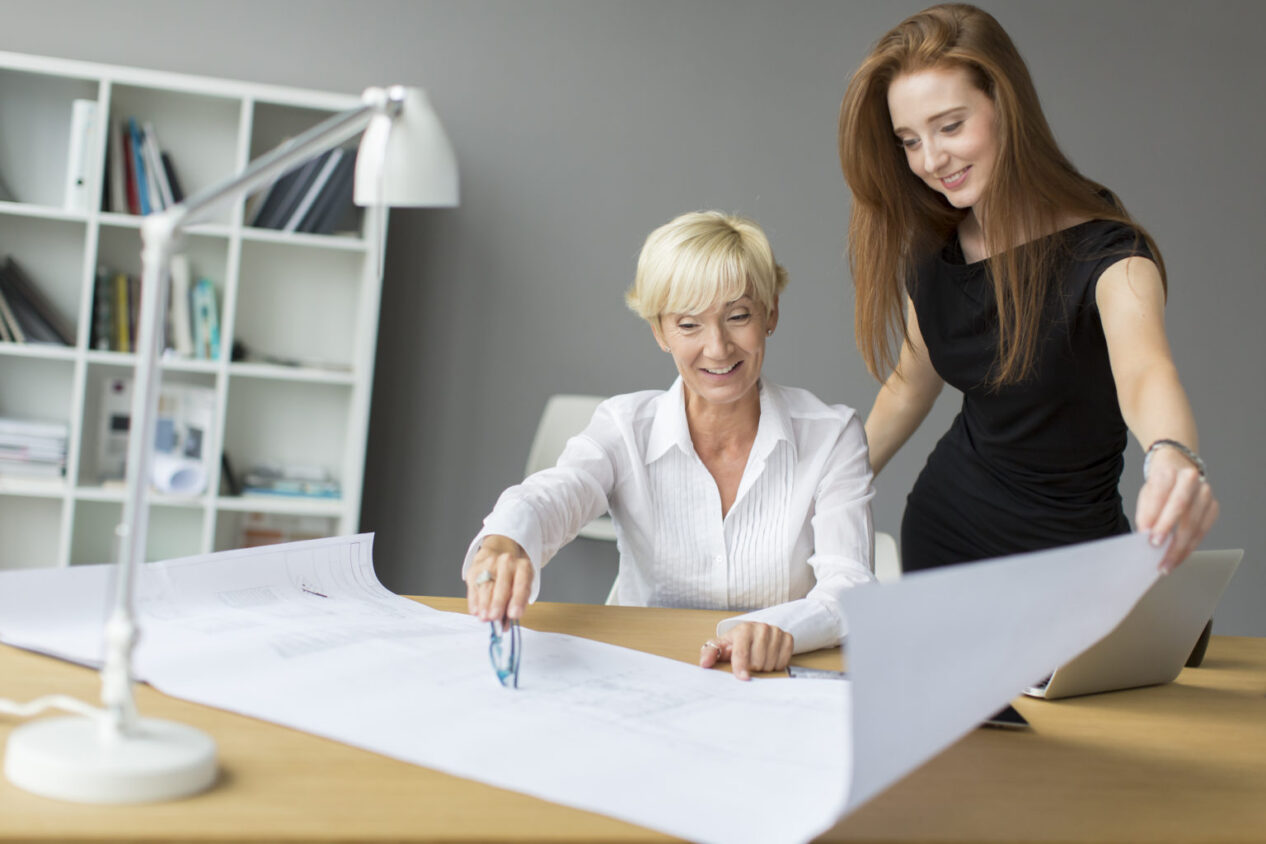 What have we learned about aging during the past few decades, and where is that knowledge taking us as our society continues to skew older?

The USC Leonard Davis School of Gerontology hosted the sixth annual interdisciplinary symposium, “What’s Hot in Aging Research at USC,” at the Ethel Percy Andrus Gerontology Center on April 20, 2015. Faculty members from throughout the school shared their current research developments and offered insight as to how it would impact older adults, their families, and their communities in the future. In addition, student and faculty investigators presented research posters during the event.

Unable to attend the symposium in person, Davis School Dean Pinchas Cohen welcomed attendees to USC and shared some of the school’s history in a video message. He noted that 2015 marks the Davis School’s 40th anniversary as well as the 50th year of the Ethel Percy Andrus Gerontology Center and shared highlights from the institution’s decades of scientific discovery.

“We will continue to innovate & lead the science of aging,” Cohen added.

The biology behind it all

The morning session was kicked off by an in-depth discussion of research into the biological mechanisms behind aging, lifespan, and aging-related disease.

Edna M. Jones Professor and USC Longevity Institute Director Valter Longo emphasized the importance of working to understand the basic mechanisms of aging, not just hunting for specific remedies for aging-related diseases such as diabetes and cancer. As the population as a whole grows older, many of humanity’s most important health challenges will be rooted in the aging process, and researchers will need to “go after the aging process itself, not just Band-Aid solutions,” he said.

Both University Professor and ARCO and William F. Kieschnick Professor in the Neurobiology of Aging Caleb Finch and Professor Christian Pike described their research into inflammatory responses in the brain and Alzheimer’s disease. Finch has been exploring the possible links between pollution-induced inflammation and the disease, while Pike has probed the connections between obesity and increased expression of inflammatory factors that heighten Alzheimer’s risks.

Assistant Professor Sean Curran shared his work on the interaction of diet and genetics, outlining the possible translational path his studies would take from C. elegans to humans and highlighting the possibilities for personalized nutritional insight ushered in by the genomics revolution.

“Every person in every environment is different,” Curran said. “If you have a variation in specific genes, how is that predictive of what diet will give you maximum success?”

Rita and Edward Polusky Professor in Education and Aging Elizabeth Zelinski, Merle H. Bensinger Professor of Gerontology Bob Knight, and Assistant Professor Tara Gruenewald discussed their newest aging psychology research. Zelinski, who directs the Davis School’s Center for Digital Aging, said advances such as the increase in the use of longitudinal studies and state-of-the-art neuroimaging has pushed psychology into new frontiers.

“Future directions include more generalizable findings for aging and cognition as well as increased use of technology to assess and assist cognitive performance in aging adults,” she said.

Knight spoke about his research on depression and anxiety in older adults, noting that while mood generally is fairly stable from early adulthood into later adulthood, other factors such as shrinking social networks can affect older adults. In addition, older adults can be more vulnerable to chronic stress, he said.

Gruenewald’s presentation described how she and her colleagues have been designing new interventions for older adults based on specific developmental attributes for people in later life. While aging often brings to mind diminished capabilities, certain positive gains—such as increased conscientiousness, a heightened ability to regulate emotions, and a stronger desire for a meaningful and purposeful existence—can attract elders to interventions that help both themselves and their communities, she said.

The goal of such programs would be to “capitalize on aging’s developmental gains to address some of aging’s psychosocial and functional losses,” she said. She cited AARP’s Experience Corps, which brings older adults into elementary school classrooms as tutors and mentors, as a successful example of a program that provides valuable psychosocial benefits to seniors looking to give back to their communities.

Addressing several myths about longevity, Assistant Professor Jennifer Ailshire said that although the portion of the population reaching age 100 is still tiny, more people are reaching the milestone than ever. Demographics also show that some who do become centenarians can reach old age in relatively good health and don’t simply spend more years in poor health than others, she added.

“Those who reach very old age will have taken very different paths to get there,” she said.

Postdoctoral fellow Uchechi Mitchell described some of the racial disparities in the health of aging adults. She noted that risks for heart and metabolic disease were higher for black adults than adults of other races, with black women and black individuals with less than a high-school education faring the worst. In addition, the gap between risk levels for black adults and white adults actually got wider over four years of study, she added.

“Aging is a biological process that takes place in a context,” said Eileen Crimmins, University Professor, AARP Professor of Gerontology, and Director of the USC/UCLA Center on Biodemography and Population Health. She spoke about her work comparing aging and health of people in different nations.

Previously significant health issues that lead to lifelong problems, such as under-nutrition and stunted growth, are no longer as prevalent as they once were in most nations, Crimmins said. However, childhood infections and poor nutrition appear to be connected with lower HDL cholesterol in adulthood, and over-nutrition and metabolic dysregulation has become a major issue, she added.

With more seniors than ever concerned about maintaining their self-determination as they age, several presenters tackled topics regarding the health, safety, and independence of older adults.

The makeup of the individuals caring for seniors, as well as their needs, has changed over the past few decades, said Donna Benton, Research Assistant Professor and Director of the USC Family Caregiver Support Center. The ratio of younger and middle-aged adults to older adults is lower than ever—just two people for every older adult—and 70 percent of caregivers also work outside the home. Family caregivers not only provide $450 billion in unpaid caregiving each year but also face major work- and health-related consequences, Benton said.

“Caregivers are dealing with a lack of resources, social isolation, health issues, and work obligations,” she said. “Caregivers need support services for themselves.”

Carin Kruetzer, Assistant Instructional Professor and Director of the Master of Science in Nutrition, Healthspan, and Longevity program, discussed the nutritional challenges posed by the modern environment, including a nonstop availability of food and lifestyles that enable mindless eating. Half of adults over 65 are prediabetic, she said, and osteoporosis continues to be a major issue.

Jon Pynoos, UPS Foundation Professor of Gerontology, Policy and Planning and Co-Director of the USC Fall Prevention Center of Excellence, discussed the risks that falling poses to seniors. Falls are the leading cause of injury, hospitalization, and death in adults age 65 and older, he said.

With 55 percent of falls occurring in the home and 80 percent of homes having at least one falling hazard, home modification and universal design principles for new home construction can lessen the risk and help older adults remain at home, he added, noting that even just simple home modifications reduced falls among people of all ages by 25 percent.

Financial abuse and fraud committed against older adults comprise a $50 billion per year issue in the U.S., according to Mary Pickford Foundation Professor of Gerontology Kathleen Wilber. She and Marti DeLiema PhD Gerontology ’15 gave a joint presentation on financial exploitation risk factors, methods, and prevention tactics.

DeLiema said people of different demographics are vulnerable to different types of scams; for instance, scammers preying on older women may employ different tactics than those exploiting middle-aged men.

“Prevention design has to be broad,” she said. “We are all targets.”

Associate Professor Susan Enguídanos guided attendees through a short history of the creation of hospice and palliative care and how it has led to her research on the topic. Palliative care, which focuses on pain and symptom relief and multifaceted well-being for patients who may or may not be at the end of their lives, leads to better care, decreased medical costs, reduced hospital readmissions, and other benefits, she said.

“We know that palliative care is really good at improving quality,” Enguídanos said, making the argument for more palliative care access for patients and more financial incentives for healthcare systems to provide it.