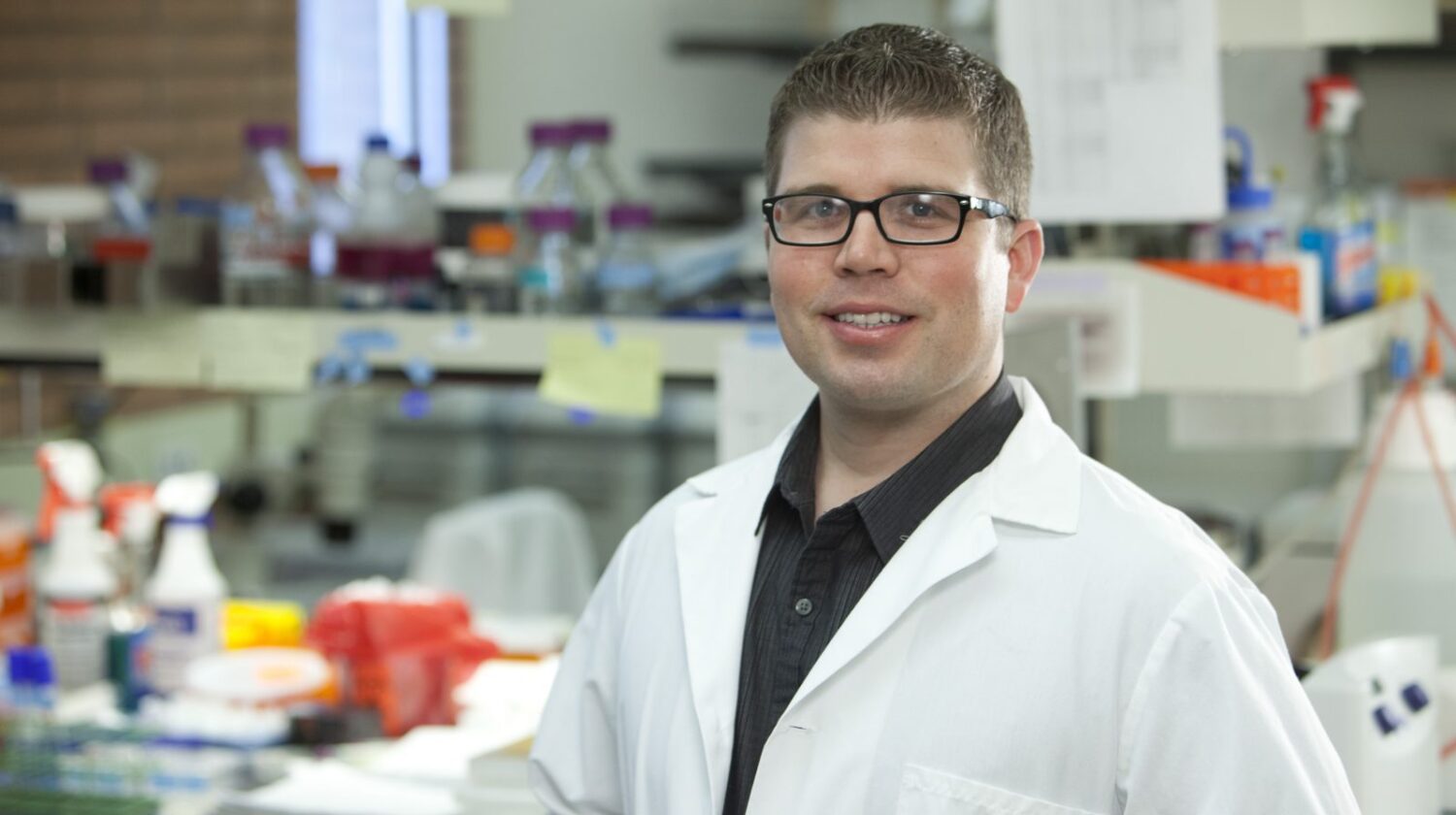 The Duke University Center for the Study of Aging and Human Development has named Sean Curran of the USC Leonard Davis School of Gerontology the 2015 recipient of the Ewald W. Busse Research Award in the Biomedical Sciences category.

Assistant Professor Curran will receive the award during the celebration of the 60th anniversary of the Duke University Center for the Study of Aging and Human Development in Durham, NC on September 25, 2015. The Busse Award is given once every four years to recognize late junior or mid-career scientists and encourage their continued contributions to aging research; the award application requires a nominator and up to two seconders for the candidate. This year’s award provides Curran with the opportunity to present a lecture based on his research at the 60th anniversary ceremonies and a monetary prize.

“I was surprised when I was told that I was the recipient, and I am truly honored,” Curran said. “I am excited to head to Duke University to participate in their historic anniversary event, where I hope to interact with the gerontologists at the Center for the Study of Aging and Human Development.”

Curran, who joined the Davis School in 2010, researches the mechanisms that balance cellular metabolism with stress adaptation in the quest for healthy aging. In just five years as a tenure-track faculty member, he has made several exciting advancements in the biology of aging, including groundbreaking work on how specific genes interact with various diets to increase or decrease lifespan, otherwise known as “diet-gene pairs.” His work has also combined results from worms, mice, and human cells, highlighting how the actions of certain cellular pathways have been conserved throughout evolution.

“The hope is that our studies will impact our understanding of the aging process. We study this in the whole organism by assessing how healthy individuals are at later stages in life. As a parallel approach, we are assessing how our genetic and molecular manipulations impact the occurrence and severity of age-related diseases such as diabetes, cancer, and muscle degeneration,” Curran said of his research. “Most, if not all, of the genes and pathways that we have studied are remarkably conserved from simple single-cell organisms to humans. As such, we have made a major shift to using human cell culture and mouse models.”