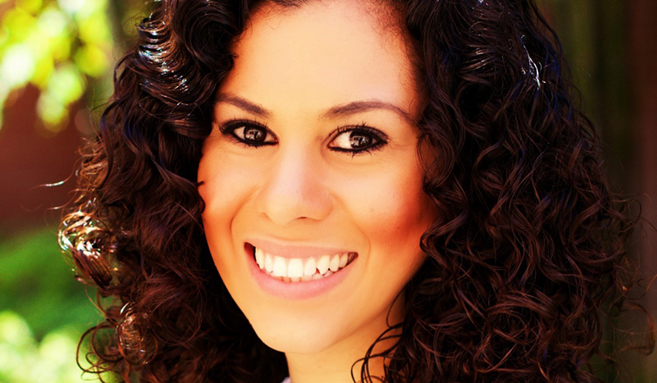 Pérez won both the Minority Issues in Gerontology Student Poster Award and the Emerging Scholar and Professional Organization (ESPO) Poster Award for her poster “Looking Beyond the Hispanic Paradox: Health Differences by Hispanic Ethnicity.” During the conference, she was honored at the Minority Issues in Gerontology Award Presentation and Reception held on November 19 and at the ESPO Awards Presentation and Reception on November 20.

“I am definitely humbled by this experience because receiving this award is more than being recognized for the work you do,” Pérez said. “To me, it is about the responsibility and opportunities present to service the Hispanic population, and to give it all I’ve got as an emerging professional because this work matters.”

Pérez’s research, conducted with USC Leonard Davis Assistant Professor Jennifer Ailshire, examines the deeper facts behind the so-called “Hispanic Paradox”—the idea, based on broad statistics, that health among Hispanics is comparable to or better than that of whites despite Hispanics’ relative socioeconomic disadvantage. The study highlights ethnic differences in disease burden based on language and nativity status, suggesting that the Hispanic paradox does not apply to all Hispanics. The practice of combining Hispanic groups may hide disadvantages experienced by particular groups by averaging them together, Pérez said.

“With the goal of unpacking Hispanic diversity, I feel the most important take away from this project is that conclusions regarding the Hispanic paradox can lead to inaccurate information about the ethnic groups that exist within the overall Hispanic population,” Pérez said. “Our findings show that there is considerable diversity in chronic disease outcomes, and in their mechanisms in explaining within-Hispanic differences. Furthermore, our study demonstrates that ethnicity is as important as racial group membership in understanding the distribution of disease patterns.”

Pérez plans to delve deeper into her findings and examine correlates of disease for each Hispanic group, especially the striking health disparities between Puerto Ricans living on the island and those in the mainland U.S. She said she hopes that her research will help contribute to changes in how public health researchers approach issues affecting Hispanic populations.

“The monolithic treatment of Hispanics as a homogeneous group may have its advantages in securing more political clout, but when we study health, this is disadvantageous,” she said. “Researchers who are interested in studying the Hispanic population should disaggregate the Hispanic category in an attempt to be mindful of the various experiences, sociopolitical histories, and cultural factors of individuals from different countries of origin, or which ethnicity they identify with. The unifying factor among Hispanics is that they speak Spanish, and it is unfair to assume that this shared language equates to shared experiences in the U.S.”