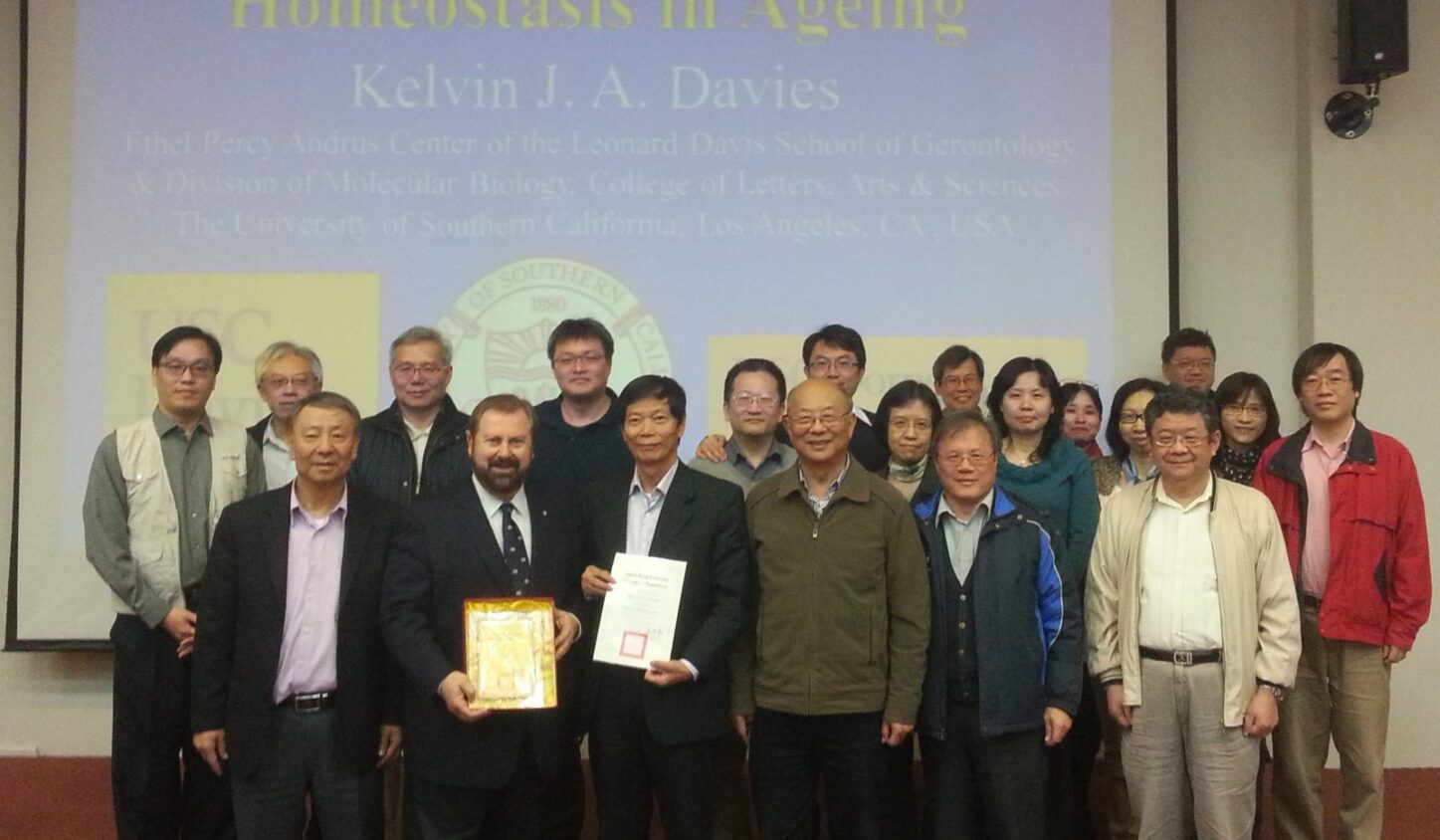 USC Leonard Davis School of Gerontology Professor Kelvin Davies was recently awarded an Honorary Doctorate and Distinguished Professorship at Chang Gung University, the top private university in Taiwan and one of the five highest-rated universities in the country.

Davies, Dean of Faculty and Research and James E. Birren Chair in Gerontology at the Davis School, gave lectures at Chang Gung University, Chung Shan Medical University, and National Chung Hsing University in Taiwan during his trip to receive the award. During the same trip, he also gave the Biennial Plenary Award Lecture at the biennial conference of the Asian Society for Free Radical Research in Chiang Mai, Thailand.

Davies is widely acknowledged as a leader in the field of free radicals, oxidative stress and redox biology, and he is a pioneer in researching the roles of gene expression and signal transduction mechanisms in stress adaptation and how such protective systems gradually fail in humans as they age. Only two other people have been similarly honored by Chang Gung University: Profs. Leland Hartwell and Pien-Chien Huang. Hartwell, formerly of the University of Washington, won the 2001 Nobel Prize in Medicine for discovering the cell division cycle genes, mutations in which are involved in several forms of cancer. Huang, a professor of biochemistry and molecular biology at Johns Hopkins University, is a founder-member the Academia Sinica of Taiwan.