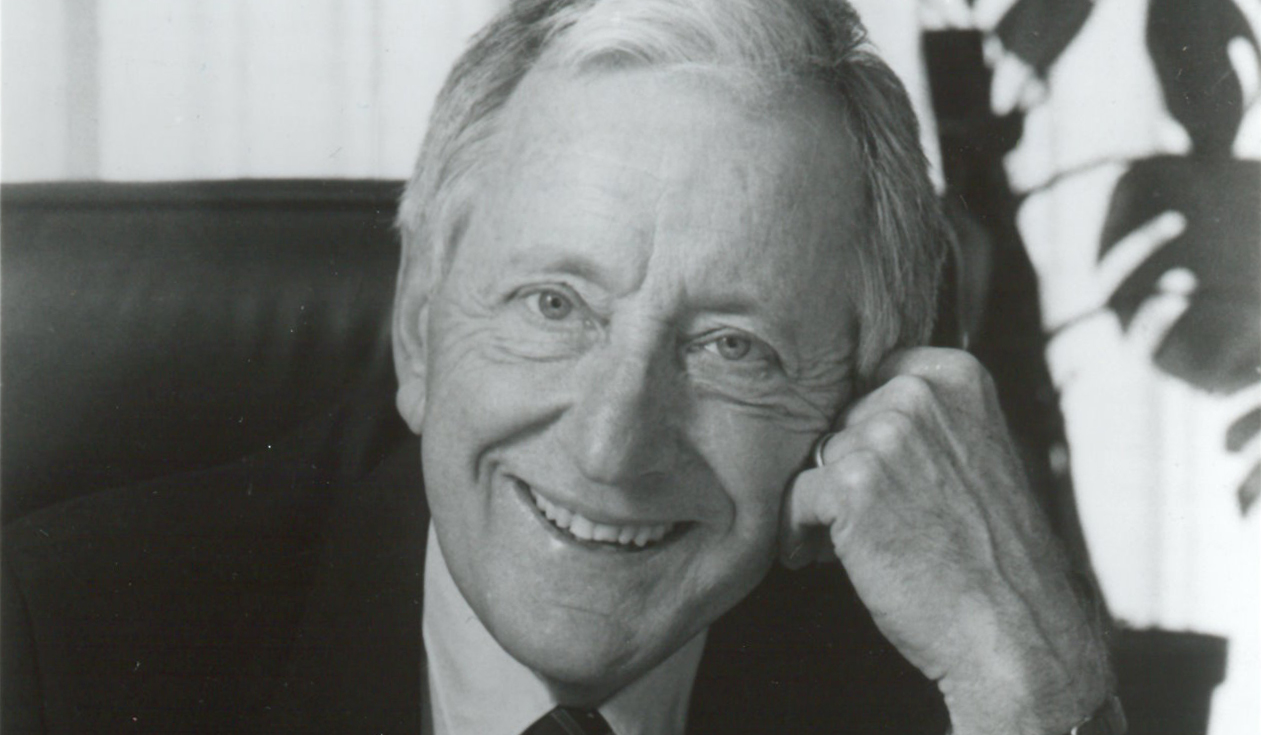 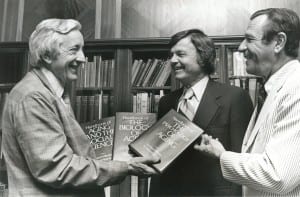 Birren (left) was widely considered to be a pioneer of the modern gerontology field.

Professor Emeritus James E. “Jim” Birren, the founding dean of the USC Leonard Davis School of Gerontology and an aging research pioneer considered by many to be the father of modern gerontology, passed away on January 15, 2016 at the age of 97.

“Everyone at the Davis School of Gerontology owes so much to Jim Birren and his vision for the field of gerontology,” said USC Leonard Davis Dean Pinchas Cohen. “His passion and dedication paved the way for our continued leadership and innovation in the study of aging, and our graduates’ success in improving the lives of older adults everywhere is part of his enormous legacy.”

Born April 4, 1918 in Chicago, Birren received a bachelor’s degree in education from Chicago Teachers College (now Chicago State University). He completed a master’s degree and a PhD in psychology at Northwestern University, receiving his doctorate in 1947 following his service in the United States Navy.

In his naval service, he participated in research at the Naval Medical Research Institute in Bethesda, Maryland. It was during this time he met physiologist and gerontology pioneer Nathan Shock, who was forming the U.S. Public Health Service’s inaugural gerontology research unit in Baltimore and asked Birren to join him after he completed his doctorate. During three years in the Baltimore research unit, Birren studied the differences in young and older subjects; his research questions ranged from variations in visual dark adaptation to intelligence and behavior speed.

As the gerontology program’s first director, he immediately began to secure grants and recruit faculty and students across numerous fields, leading to the dramatic growth of the program. He oversaw the fundraising and construction of the Ethel Percy Andrus Gerontology Center, which was dedicated in 1973 and remains the home of the Davis School.

In addition to the Andrus Center’s support of aging research, Birren saw the need for an institution to educate individuals who wished to create and deliver services to the elderly. It was with this vision that he led the planning and creation of the USC Leonard Davis School of Gerontology, the first and largest school of gerontology in the world. The Leonard Davis School opened in 1975 and was named with an endowment gift from American Association of Retired Persons President Leonard Davis.

Birren was appointed the school’s inaugural dean, a position he held until 1989. Throughout his deanship at the Davis School, he cemented the school’s role as an educational pioneer in gerontology, establishing the gerontology field’s first Master of Arts and Doctor of Philosophy degrees. He also remained a prolific researcher, studying cognitive changes in relation to aging, publishing more than 250 papers, and authoring and editing several of the field’s most important books.

Outside of the school, he held numerous other professional leadership roles, including co-founder of the California Council on Gerontology and Geriatrics. Among the dozens of high honors he received from his colleagues are the Gerontological Society of America Award for Meritorious Research, the Ollie Randall award from the National Council on Aging, induction into the American Society on Aging Hall of Fame, the American Psychological Association Award for Distinguished Scientific Contributions, and the USC Associates Faculty Award. He received honorary doctorates from the University of Gothenburg, Sweden; Northwestern University; and St. Thomas University, Canada.

In 1989, he moved to the University of California, Los Angeles, where he remained as the Associate Director of the UCLA Center on Aging until he retired in 2003. He also became a senior distinguished research faculty member at California State University, Fullerton. However, he never lost his appreciation for USC, and he returned to the Davis School in 2006 to teach guided autobiography, a subject he researched and championed for more than 30 years. At his 90th birthday party in 2008, he and his wife Betty announced the Birren Endowed Fund for Autobiographical Studies, which they established with a gift of $100,000 to the Davis School.

He was preceded in death by his wife, Betty Birren (née Solomon). He is survived by his daughter, Barbara Birren Rowland, and his sons, Jeffrey Birren and Bruce Birren.

In lieu of flowers, the family requests that donations be made to the Jim and Betty Birren Endowed Scholarship Fund at the USC Leonard Davis School of Gerontology. For more information, please call (213) 740-0777 or email gerodev@usc.edu.

Featured In Memoriam No Comments