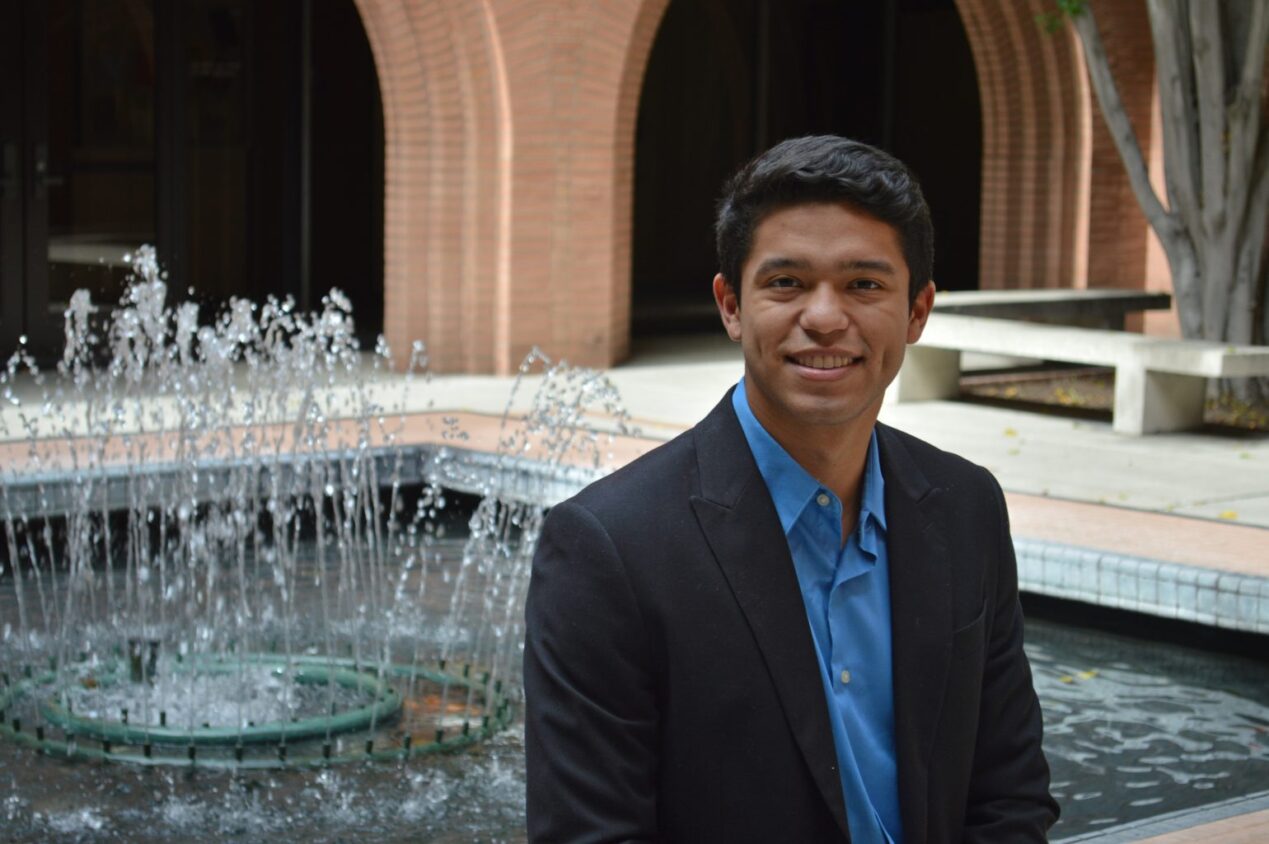 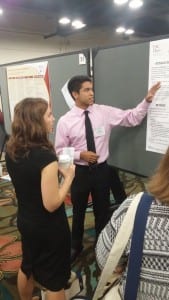 Galdamez earned the rare opportunity to present research as an undergraduate at the Gerontological Society of America Annual Scientific Meeting in 2015.

When Gerson Galdamez first arrived undeclared at USC, he knew that he wanted to pursue something meaningful. When he graduates this spring with a Bachelor of Science in Human Development and Aging from the USC Leonard Davis School of Gerontology, he’ll make a difference by researching how to protect older adults against abuse.

Growing up in Compton and Buena Park, Calif., Galdamez not only saw his mother and grandmother work with older adults in their careers as nurses, but also helped to provide care for his great-grandmother. In addition, as an accomplished violinist—he’s even partially funded his education by teaching and performing professionally—he served as a volunteer musician at several senior centers.

These experiences led him to explore gerontology, eventually enrolling in the Social Science track of the Davis School’s Human Development and Aging program. Galdamez says being in the Davis School has provided him with many incredible experiences both inside and outside of the classroom, including a chance to visit Italy to study historical practices and attitudes surrounding late life and death.

“I didn’t think I would ever be able to travel and have those cultural experiences,” he says of his time spent abroad. “Those experiences change one’s life, and I’m truly grateful for them.”

Taking GERO 340, “Policy, Values, and Power in an Aging Society,” was another formative experience for Galdamez. It introduced him to the science and policies behind elder abuse interventions, and it sparked his desire to combat the mistreatment of older adults.

“Elder abuse is multifaceted and difficult to detect,” he says of the issue, which can occur in various ways ranging from physical injury to financial exploitation. “It’s important that we learn to better identify it, and invest in creating new preventative measures.”

He began conducting financial elder abuse research with Mary Pickford Professor of Gerontology Kate Wilber and Research Assistant Professor Zach Gassoumis in the Davis School’s Secure Old Age laboratory. Last fall, he got the rare opportunity to present research as an undergraduate at the Gerontological Society of America’s Annual Scientific Meeting, sharing a project on occupational standing as a measure of economic disparities in late life, by race and ethnicity.

Following graduation, Galdamez will join the Secure Old Age lab full-time as a PhD student in Gerontology and will continue researching elder abuse. He’s excited to continue working with Drs. Wilber and Gassoumis, saying that he’s grateful for the valuable skills they’ve already imparted to him. 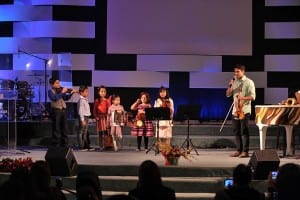 Galdamez has also stayed active musically – here, he leads his beginner violin students in a recital.

In addition to looking forward to staying active at USC—among performing music and other extracurricular activities, he’s a co-captain of the university’s competitive rock climbing team—he’s happy to remain in the supportive environment of the Davis School.

“Our graduating cohort is small, but we’ve built close relationships that will continue in our professional lives,” he says. “We’ve been able to make personal connections with faculty members, and the administration cares about each graduate; we’re not lost in a sea of students.”

He encourages future students interested in working with older adults or in studying the aging process to pursue gerontology and take advantage of the opportunities at the Davis School, at USC, and the gerontology field.

“Pursue what you find meaningful,” he says. “You will want to tell yourself later that you changed something, that your life contributed to a worthy goal. Understand your goals, and engage them with fervor.”