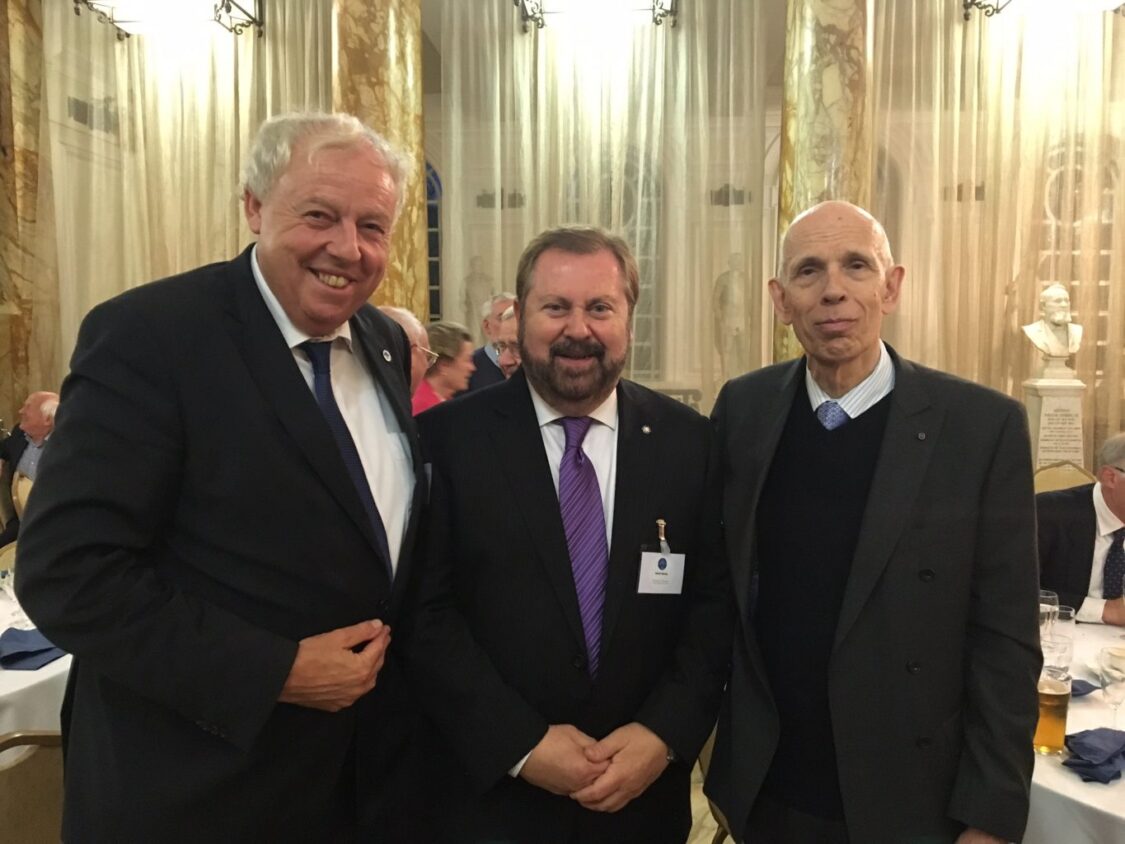 Kelvin J. A. Davies, an international expert on free radicals and oxidative stress, was elected as a fellow of Academia Europaea, Europe’s academy of humanities, letters and sciences earlier this year, and the official induction ceremony was conducted at the annual conference which convened in Cardiff, Wales on June 27, 2016.

Davies holds the James E. Birren Chair in the USC Leonard Davis School of Gerontology, with an additional appointment in the USC Dornsife College Letters, Arts and Sciences’ Molecular & Computational Biology Division of the Department of Biological Sciences. At the USC Leonard Davis School he also serves as Dean of Faculty and Ethel Percy Andrus Gerontology Center Director.

The Academia Europaea is a functioning European Academy of Sciences, Humanities, and Letters, composed of individual members. Membership is by invitation, made only after peer group nomination, scrutiny and confirmation as to the scholarship and eminence of the individual in their chosen field. Election is confirmed by the Council of the Academia. Members are drawn from across the whole European continent, not only western Europe. Members also include European scholars who are resident in other regions of the world such as the London-born Davies, who is a dual British and U.S. citizen. Current membership stands at around 2,800. Amongst them are fifty-two Nobel Laureates, several of whom were elected to the Academia before they received the prize.

Deeply involved in research into free radicals, oxidative stress, redox regulation, and aging, Davies is the founding editor-in-chief of Free Radical Biology & Medicine. His many contributions to science include pioneering the study of protein oxidation and proteolysis during oxidative stress, as well as gene expression during stress adaptation. In particular, he has been defining the pathways and mechanisms by which adaptive homeostasis—the body’s ability to maintain balance in its many systems under stress—declines with age. This decline predisposes the elderly to stress-related diseases and frailty. Read more about Davies’ research in Vitality magazine

“I am deeply grateful to the wonderful mentors who helped guide me on the path of discovery; to the colleagues and collaborators who so expanded my horizons; and to the students, post-doctoral fellows and senior scientists who have worked in my lab over the years, to whom this honor really belongs,” Davies said.

The above photograph shows Davies just after being inducted into the Academy at its Annual Banquet during the 2016 meeting in Cardiff, Wales.  On the left is Academy President Prof. Sierd Cloetingh (Utrecht University, the Netherlands). In the center is Professor Davies, and on the right is Academy Vice-President Prof. Ole H Petersen (Cardiff University, Wales).