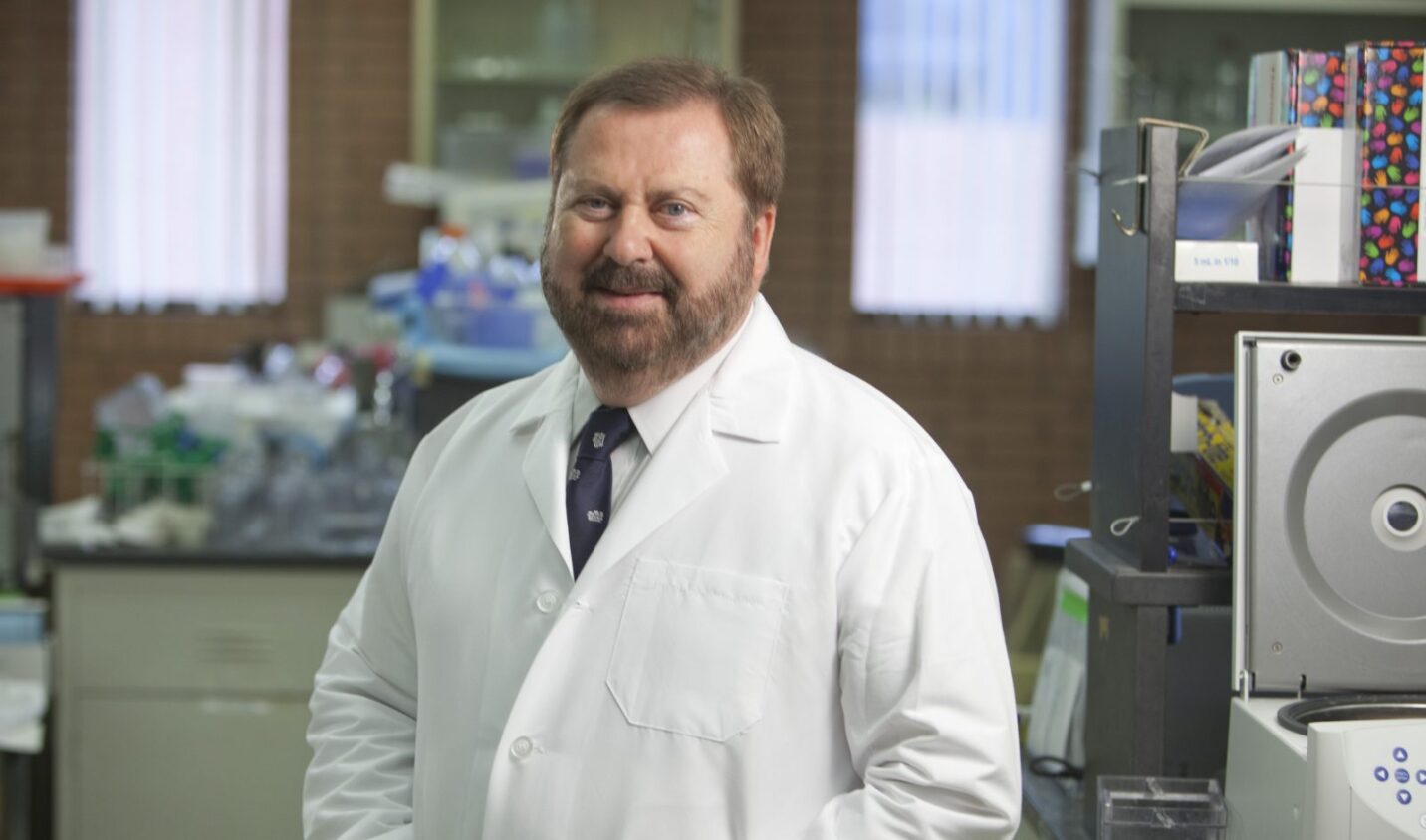 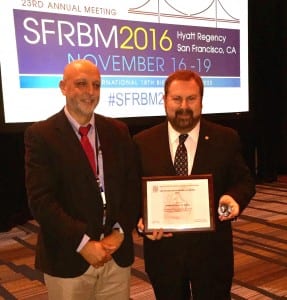 Kelvin J. A. Davies, an international expert on free radicals and oxidative stress, is the 2016 recipient of the Sir Trevor Slater Award and Gold Medal of the International Society for Free Radical Research, the major international umbrella organization that oversees the work of multiple national redox biology and medicine and free radical societies.

Davies received his award on November 19 during the joint Biennial International Congress of SFRR International and the Society for Redox Biology and Medicine in San Francisco, Calif. At the USC Leonard Davis School of Gerontology he holds the James E. Birren Chair and holds an additional appointment in the Department of Biological Sciences’ Molecular and Computational Biology Division at the USC Dornsife College of Letters, Arts and Sciences. At the USC Leonard Davis School he also serves as Dean of Faculty and Ethel Percy Andrus Gerontology Center Director.

Deeply involved in research into free radicals, oxidative stress, redox regulation, and aging, Davies is the founding editor-in-chief of Free Radical Biology & Medicine. His many contributions to science include pioneering the study of protein oxidation and proteolysis during oxidative stress, as well as gene expression during stress adaptation. In particular, he has been defining the pathways and mechanisms by which adaptive homeostasis—the body’s ability to maintain balance in its many systems under stress—declines with age. This decline predisposes the elderly to stress-related diseases and frailty.

Davies has been awarded 15 honorary doctorates and professorships by universities in the Americas, Europe, and Asia. He is a fellow of 14 national/international societies and academies, including the Royal Society of Chemistry, the Royal Society of Medicine, and the Academy of Europe (Academia Europaea), and he has elected President of four national/international scientific societies. In 2012 Davies was awarded French knighthood through decoration as Chevalier de l’Ordre National du Mérite Français, (Knight of the French National Order of Merit), by then-president Nicolas Sarkozy, for his services to science, international cooperation, and humanity.

The Sir Trevor Slater Award and Gold Medal is the highest academic and research prize in the redox biology and medicine/free radical field and can only be conferred, on a biennial basis, to a distinguished scientist who, in the judgement of the International Committee, has made outstanding contributions to the field; for this reason, in some years no award is given. Thus far, the Sir Trevor Slater Award has only been conferred on eleven individuals. The award was established in memory of Sir Trevor Slater, a founder and first President of SFRR International. The award consists of a gold medal and certificate, and a financial award.

According to SFRR International, Trevor Frank Slater BSc, MSc, PhD, DSc, FRSC, FIBiol (1931–1992) embodied a rare combination of scientific vision and achievement. His important contributions to science, and in particular to the biochemistry of free radical mechanisms in disease, have had an enormous influence on the direction of work in this area. His truly prodigious scientific output included over 300 major scientific papers, the large majority devoted to various aspects of free radical processes in biochemistry. He was the first Head of the Department of Biochemistry at Brunel University in London, UK, then Dean of Science, and from 1989 to 1990 he was Vice-Principal of the University. He also served in many capacities on numerous national and international scientific committees and commissions.