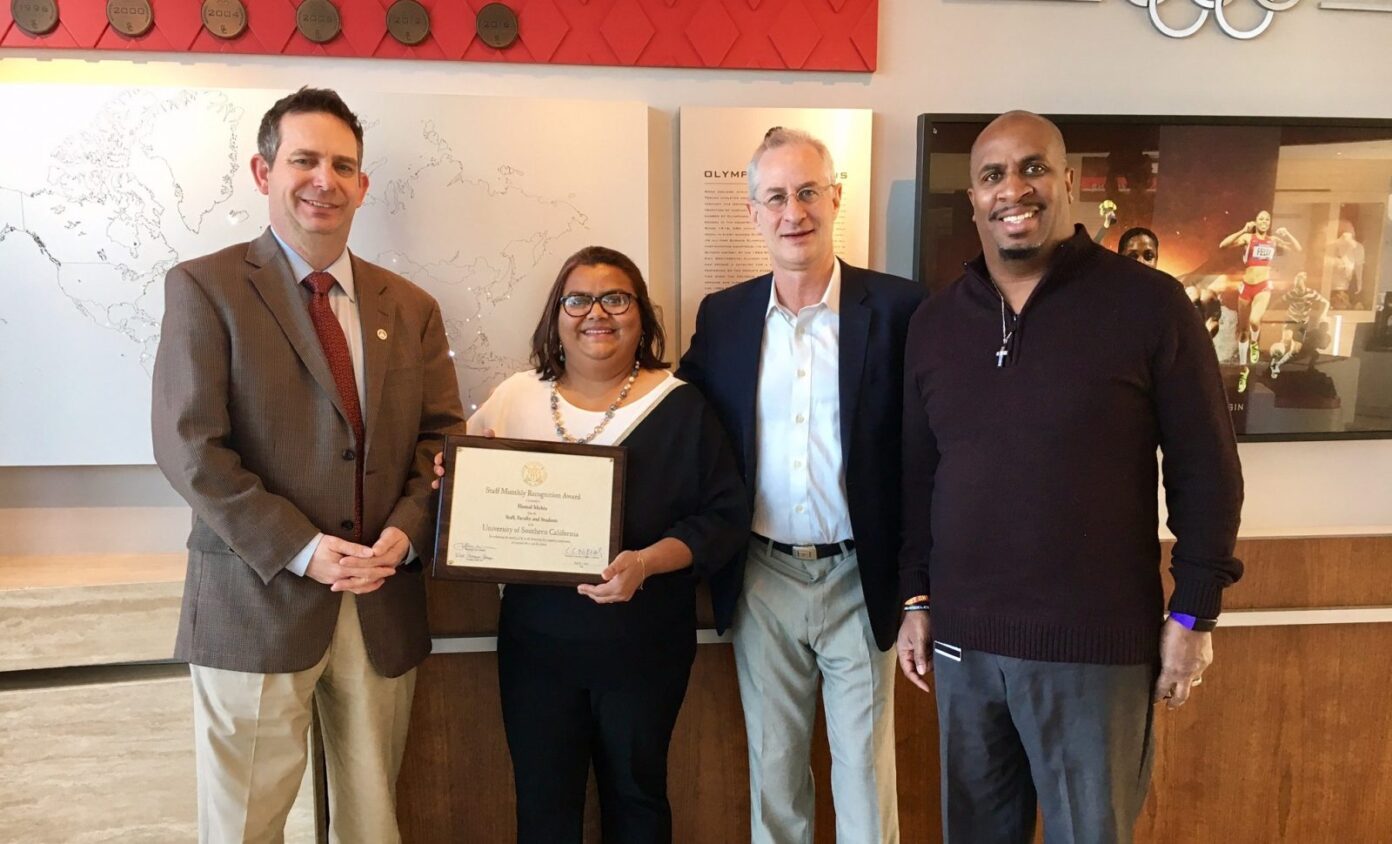 Mehta, lab manager in the laboratory of USC Leonard Davis School Dean Pinchas Cohen, received the award during the USC Staff Assembly meeting on March 2. She expressed her thanks to Cohen and other colleagues who submitted nomination letters on her behalf, as well as her other past and present colleagues.

“I am very thrilled and excited to receive this prestigious award,” Mehta said.

She has been a part of Cohen’s research team for 11 years, arriving at USC in 2012 when Cohen became dean of the USC Leonard Davis School.

“Hemal is an extraordinary leader at the Leonard Davis School of Gerontology, bridging technical research work, administrative oversight, and training of students and post-docs,” Cohen wrote. “She never hesitates to take on difficult tasks and is more than willing to lend a hand when needed. She goes out of her way to help, inspire, and support her colleagues.”

In his letter, Cohen also lauded Mehta as a “positive and encouraging” person who helps colleagues thrive.

“In the years that I have known her, I have yet to see her in a sour or dour mood,” wrote Research Assistant Professor Kelvin Yen in his letter of support. “Her cheerfulness is contagious, lightening the spirits of those around her.”

USC Leonard Davis research administrator Linda Hall also wrote a letter in support of Mehta’s nomination, describing her as someone who “goes above and beyond in assisting all of us.”

“Hemal is competent, cheerful, caring, considerate, and extremely unselfish,” Hall wrote. “She shares her expertise with us all and is an indispensable member of Leonard School of Gerontology team.”