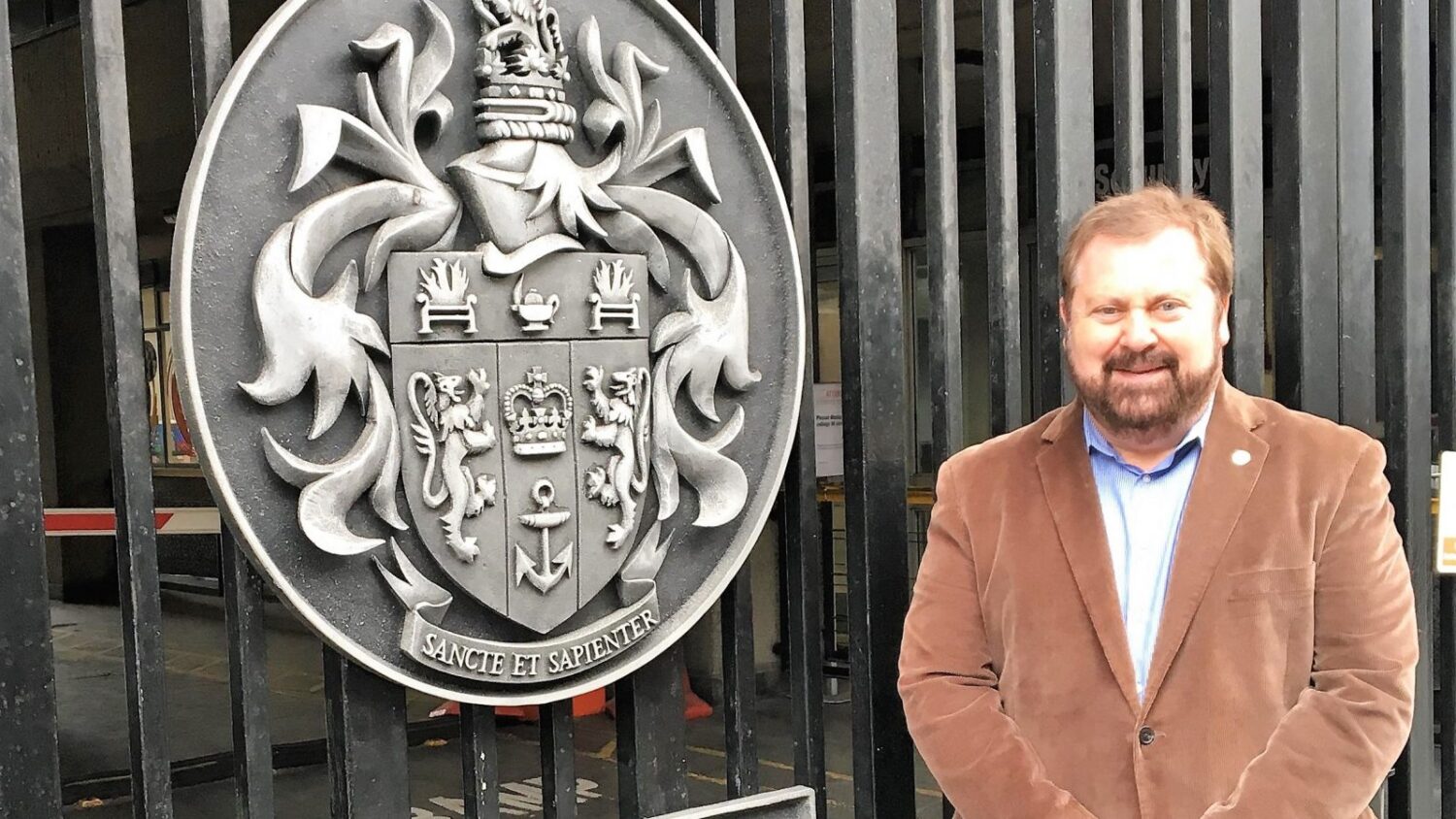 Davies has been a faculty member of the USC Leonard Davis School since 1996. Currently, he is the Davis School’s vice dean, director of the Ethel Percy Andrus Gerontology Center, holder of the James E. Birren Chair in Gerontology, and director of the USC Free Radical Institute. He holds an additional appointment in the Department of Biological Sciences’ Molecular and Computational Biology Division at the USC Dornsife College of Letters, Arts and Sciences. He is a native of London, a dual citizen of the UK and the USA, and has a number of scientific collaborators at King’s College.

Davies said he is “deeply grateful to the Council of King’s College for the great honor” and spoke of his hopes to further increase scientific exchange and collaboration between USC and King’s in the future.

London University is one of the top three universities in the United Kingdom, and King’s College is one of its founding and most prestigious colleges. It is usually considered part of the “golden triangle” along with the University of Oxford, the University of Cambridge, University College London, Imperial College London, and the London School of Economics. King’s College has a long history—dating back to the 1100s—and a distinguished reputation in medicine and biomedical research. Kings also has great strengths in many other areas, including the arts and humanities, physical and mathematical sciences, philosophy and the law. Famous King’s College faculty and alumni have included the poet John Keats, W.S. Gilbert of Gilbert and Sullivan fame, Florence Nightingale, Lord Joseph Lister (“father” of modern antisepsis), and 12 Nobel Prize winners including Peter Higgs of the Higgs boson or “God Particle;” Maurice Wilkins, who with Rosalind Franklin deciphered the structure of DNA; and Archbishop Desmond Tutu.