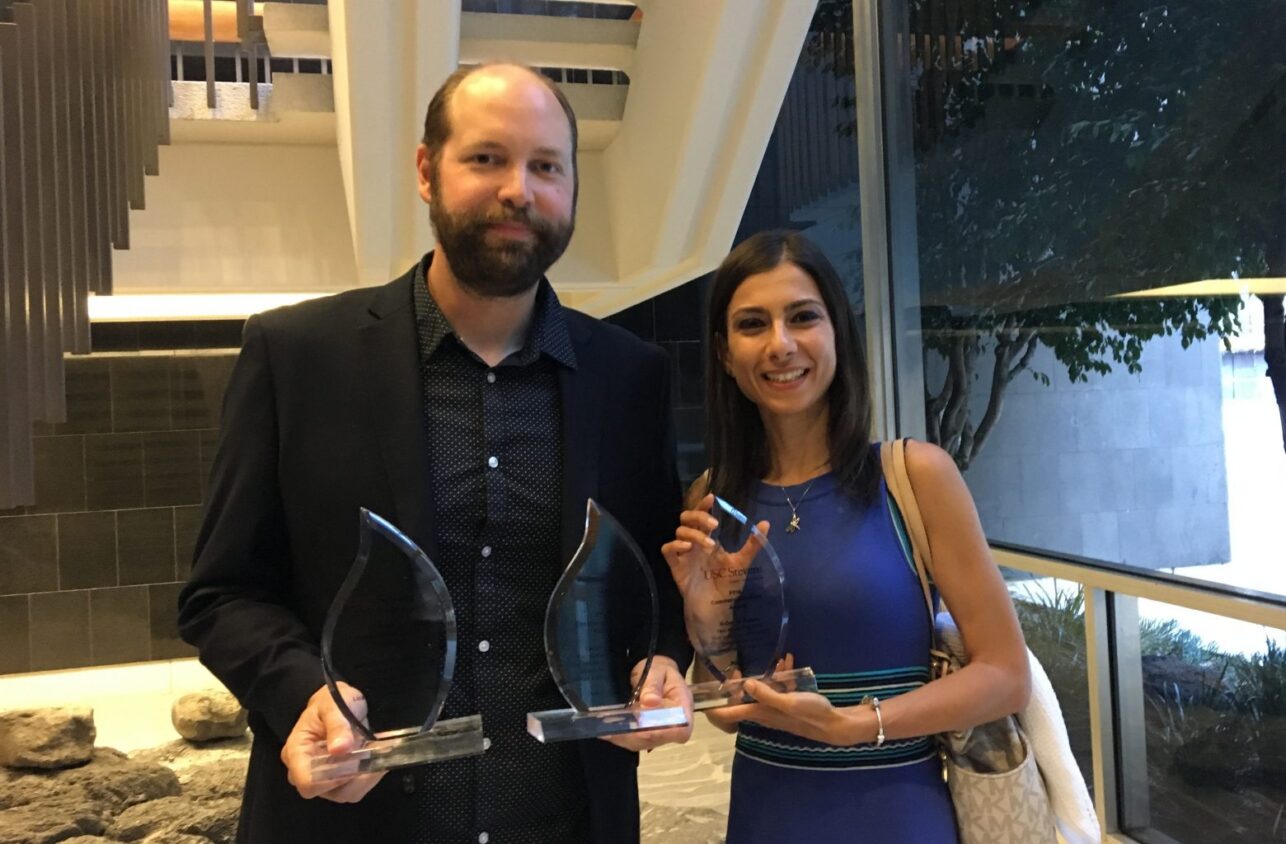 The USC Stevens Center for Innovation honored four USC Leonard Davis School of Gerontology scientists during the launch event for the USC Chapter of the National Academy of Inventors (NAI) on May 3, 2017.

The new annual awards were created to honor USC personnel whose technology has been licensed during the preceding year. The USC NAI chapter launch event also included an induction ceremony of the inaugural class of NAI members from USC, which includes the four USC Leonard Davis honorees. The NAI is a national non-profit organization, which includes around 200 member institutions and approximately 3,000 individual members and Fellows.

“We are very happy to have been able to make a series of discoveries that resulted in issued patents, particularly since they represent some of the first patents related to dietary restriction and disease treatment,” Longo said.

The USC Leonard Davis School team was recognized for their work developing a fasting-mimicking diet designed to encourage stress resistance and stem cell regeneration. Patented as US9237761 B2, “Methods and diets for lowering glucose and/or IGF-1 levels,” the diet has been commercialized as ProLon, a prepackaged five-day meal kit. In recent years, animal studies and human pilot trials have indicated cycles of the short-term diet could potentially lower risk factors for diseases, sensitize cancer cells to chemotherapy, and more.

Buono described the award as a “big honor.”

“It’s always satisfying when your work is recognized,” said Buono, a research associate in the Longo laboratory. “I thank Professor Valter Longo, who gave me the opportunity to join his lab two years ago, and all of the group members.”

Longo is the founder of L-Nutra, the company whose food products have been used in human studies of the fasting-mimicking diet. His interest in L-Nutra has been disclosed and managed per USC’s conflicts of interest policies to assure objectivity and a lack of bias in the conduct and reporting of his research. USC also has an ownership interest in L-Nutra, and the potential to receive royalty payments from L-Nutra. USC’s financial interest in the company has been disclosed and managed under USC’s institutional conflict of interest policies.