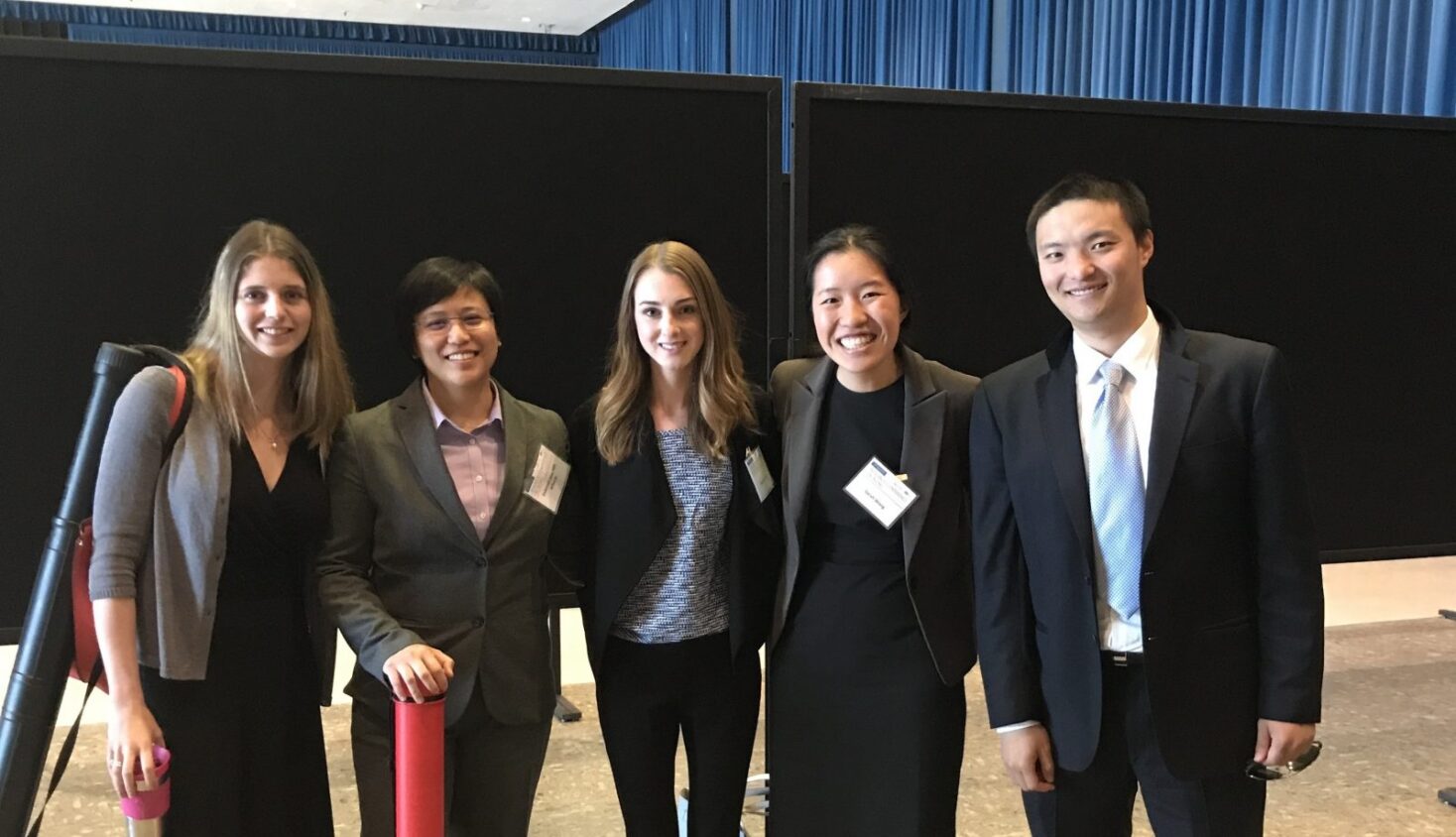 Human Development and Aging student Sarah Wong ’18 and PhD in Gerontology student Kylie Meyer each presented winning posters within their respective categories. Wong won in the Biological Sciences category for “Aging and Sex-Dependent Adaptive Homeostasis in Response to Oxidative Stress.” Meyer’s project, “Increased Vulnerability to Economic Downturn Among Family Caregivers: The Impact of the Great Recession,” won in the Social Research, Policy, and Practice category.

Meyer analyzed data to study whether informal caregivers in the United States were more financially vulnerable to the Great Recession than non-caregivers.

The financial events examined included taking a job below one’s education or experience level, missing a mortgage or rent payment, being threatened with eviction or foreclosure, having friends or family move in to save money, moving in with friends or family to save money, missing a debt payment, selling possessions to make ends meet, and cutting back on spending. Caregivers experienced at least six of these events on average, compared to an average of five for non-caregivers.

The findings suggest that caregivers were more vulnerable than non-caregivers to the effects of the Great Recession, particularly with regards to the availability of liquid assets. If faced with another economic downturn, policymakers should recognize caregivers as a financially vulnerable group and consider policies (e.g., tax breaks to help with the high costs of caregiving) to prevent financial devastation, Meyer added.

Wong’s project utilizes the model organism D. melanogaster, or fruit fly, to explore sex-dependent differences in stress adaptation in response to various oxidants, including hydrogen peroxide and redox cyclers, such as the herbicide paraquat. Three common laboratory strains of flies were fed a low, “adaptive” dose of an oxidant to assess the impact upon the 20S proteasome, a protein complex that degrades unfolded or damaged proteins within cells.

In all instances, males showed increases in survival as well as 20S proteasome expression and activity with paraquat pretreatment, with no change in females. Conversely, pretreatment with hydrogen peroxide, induced a female-specific adaptive response, indicating a sex-dependent difference in adaptation, Wong said.

“Oxidative stress is a major theory behind aging and also a proponent of forms of chronic diseases. With age, organisms are unable to cope with such stresses especially through loss of protein quality control and adaptation,” she said. “We believe our work can be extrapolated to provide insight into differences in lifespan between males and females and with chronic disease presentation and severity.”

Along with poster presentations and plenary talks by UCLA researchers, the conference featured keynote speaker Marie Bernard, Deputy Director of the National Institute on Aging, National Institutes of Health. The annual event aims to promote dialogue among basic science, policy, behavior and social science and health science disciplines under the umbrella of gerontology in a research-based setting. Wong took part in compelling conversations between clinical and basic science researchers, she said.

“I was asked again and again about the role of oxidative stress plays in various age-related diseases (e.g. heart disease or dementia) and was forced to focus on translating basic science results to possible clinical implications,” Wong said. “Especially presenting to a community of researchers deeply invested in challenges presented to older adults and aging studies, I was reminded of the multi-disciplinary nature of gerontology and the need to have these conversations across the biology, sociology, policy, and psychology spheres.”