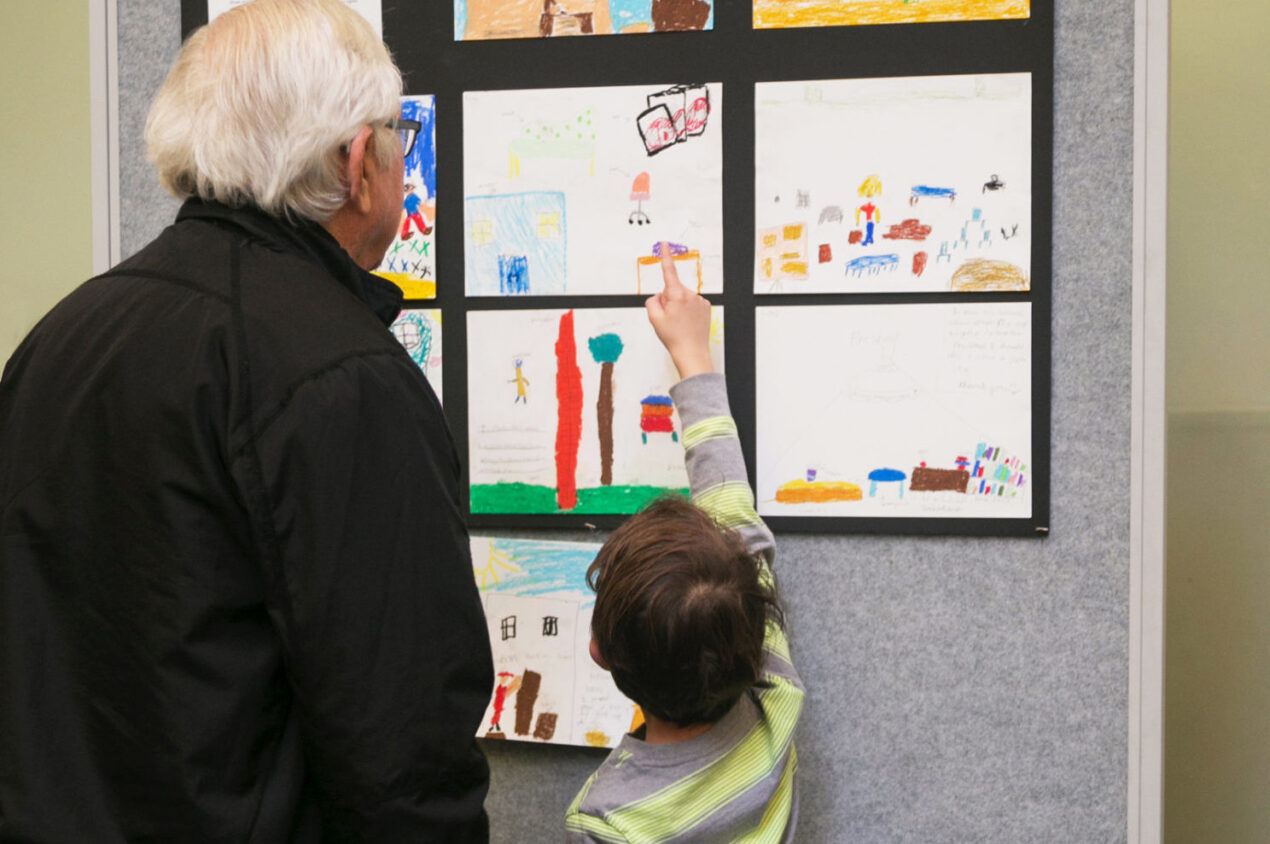 One afternoon in late April, a couple dozen fifth graders piled into an activity room at Valley Beth Shalom synagogue in Encino. At their teacher’s direction, they flicked on their iPads and fitted headphones in their ears. It was time for an unusual lesson about the lives of their elders.

At a table in the corner, Avital Hopenstand, 11, watched Selma Patent, 86, talk about moving at six years old from her Jewish neighborhood in Brooklyn, New York, to mostly-Christian Kansas City, Kansas. One of the highlights of her week there, she said, became her Friday night trips with her grandfather to synagogue.

“I felt such a sense of belonging to something exciting,” she recalled in a video made for the USC Leonard Davis School of Gerontology. “The gentlemen carrying the Torahs, and the children with their flags following after them… Even after all these many years I still remember it with such fondness.”

Selma and Avital are two of the 160 volunteers and students who have participated in “Dor Vador: Sharing the Wisdom of Elders,” a program of the Rongxiang Xu Regenerative Life Science Lab at the USC Leonard Davis School. The program is funded by the Jewish Community Foundation of Los Angeles and aims to encourage understanding and enhance communication between children and the elderly in Los Angeles’ Jewish community. 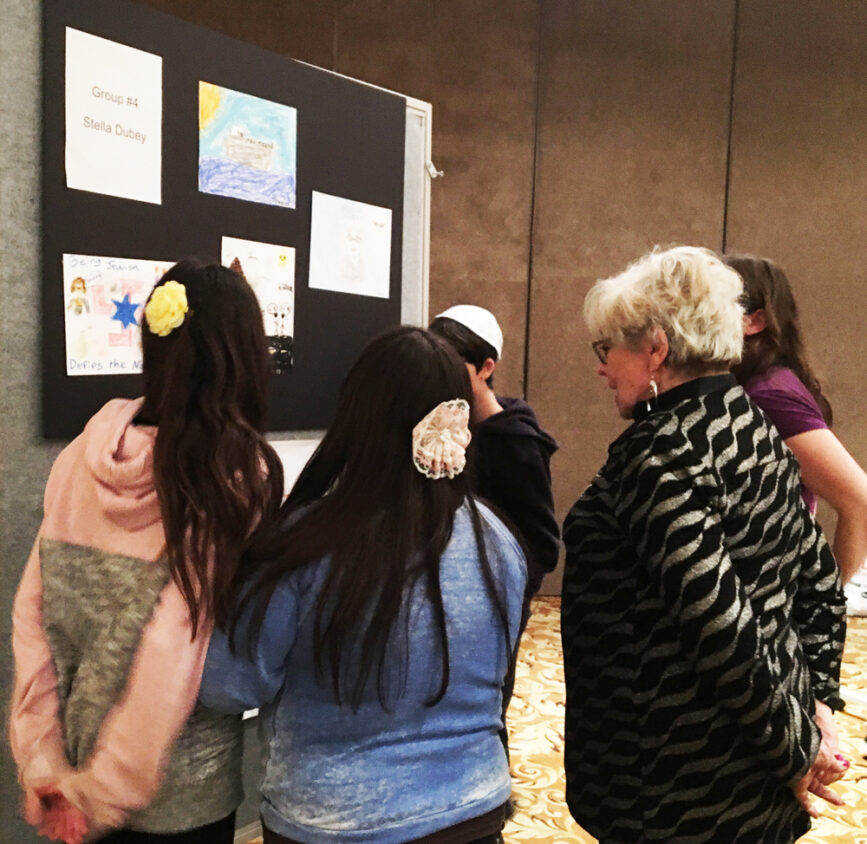 After the children watch the videos, they’re invited to draw a picture inspired by the talk they’ve just seen. Avital used crayons to draw a smiling yellow sun shining down upon a lipstick red rectangle, rising out of green grass, with two white doors on the front and blue letters across the top that read “Synagogue.”

“L’dor vador” is a Hebrew phrase meaning “from generation to generation.” The Dor Vador project is headed by George Shannon, associate professor of gerontology. The program involves adult volunteers from 55 to 88 years old; and children from kindergarten to seventh grade, at Valley Beth Shalom and three other Jewish institutions: Temple Emanuel and Nagel Jewish Academy, both in Beverly Hills, and Temple Isaiah, in West Los Angeles.

Shannon said what’s most surprised him is the enthusiastic reception the program has gotten from the children. “The kids get so involved and are so willing to dive in and partake of this experiment without reservation,” he said.

Ultimately, the program will conclude with a luncheon at USC in early June, which will showcase all the video-inspired artwork, and to which all the participants will be invited.

The children at Valley Beth Shalom learned after they finished their artwork that the adults they’d watched on their tablets were actually waiting in another room. There were seven adults in all, including a Holocaust survivor and a woman who recalled, during World War II, celebrating Shabbat with her family in a Japanese concentration camp in China.

Avital and her classmates, Noah Rad and Brandan Yasherim, both 11, listened wide-eyed as Selma answered from a list of questions they’d hastily scribbled. Selma read the first one aloud: “What was it like, being the only Jew in Kansas?”

Then Avital, Brandan and Noah showed her their drawings, now posted on a board alongside the table. “Oh!” Selma said. “Look at my synagogue!”