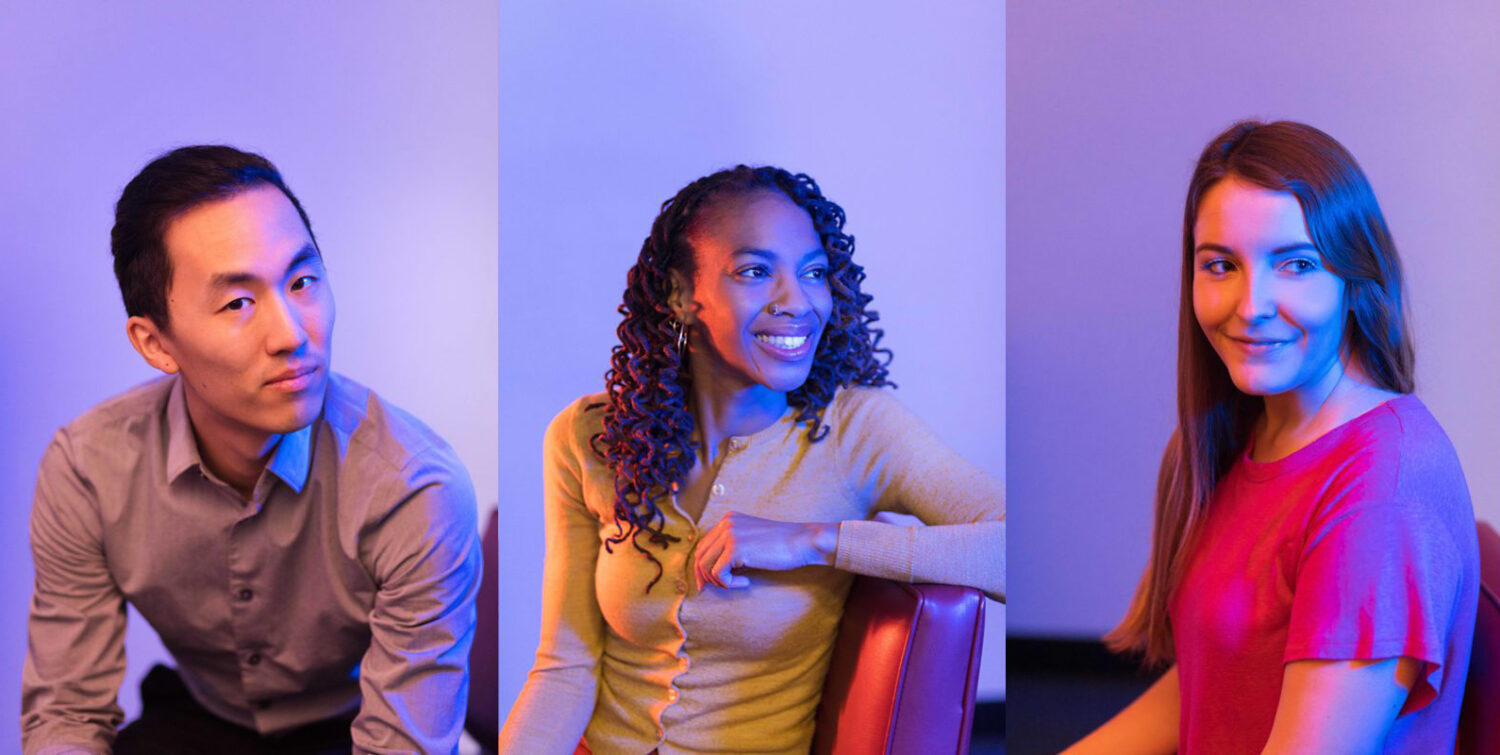 Beyond their classwork, USC Leonard Davis School of Gerontology students are a force for change in their communities and their professions. 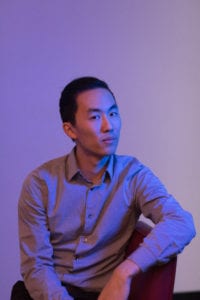 In his dietetics rotation at Keck Hospital of USC, Master of Science in Nutrition, Healthspan and Longevity (MSNHL) student Kayee Liu enjoys sitting down with patients and helping them develop healthy eating plans.

After graduation this May, he looks forward to continuing that work, both one-to-one as a dietitian and also expanding those conversations to a wider audience through education and filmmaking.

“I want to do something media-related as well as something clinical — a little bit of everything,” he says. “I want to get a message out.”

Liu, who studied human biology and society at UCLA before coming to the USC Leonard Davis School, first became interested in using media to share information about food and nutrition during his senior year. He took a class on making documentary films for social change, and his final project for the course examined food access and marketing to children in South Pasadena.

“I followed a family as they navigated their community,” Liu explains. “Unhealthy foods are marketed toward kids in a very in-your-face way.”

Liu has also taken photos and made a video chronicling L.A. Kitchen, a nonprofit providing culinary job training and affordable meals while fighting food waste. In addition, he’s provided in-person nutrition education both for older adults and for children from first to seventh grade through the organization API Forward Movement, which addresses community health and environmental justice issues affecting people of Asian and Pacific Islander descent. While his classes grew from just three attendees in the beginning to packed rooms now, Liu still aims to have his presentation be less lecture-like and more of a conversation, asking participants to share recipes and experiences from their own lives.

“It’s a two-way conversation. It’s not just, ‘Here’s what your nutrition should be.’ It’s a happy exchange,” he explains. “I admire the work that is more grassroots. You don’t see the impact immediately; lasting change takes time to develop.”

In the USC Leonard Davis MSNHL program, Liu has been able to connect with other people who are also passionate about sharing nutritional knowledge, even if they have different specific interests within the field. “The students in my cohort and I have a nice exchange of information; they’re some of my closest friends now,” he says. 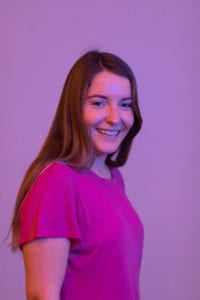 As a student in the USC Leonard Davis School’s progressive Master of Science in Gerontology degree program, Stephanie Bolton will receive her Bachelor of Science in Human Development and Aging, along with a minor in French, this May, and will finish her master’s degree in just one additional year. Even with her busy academic schedule, she has taken on several extraordinary roles both within and outside of USC.

“I love being involved and meeting and interacting with new people, and I find that the more I get out and immerse myself, the more gratifying experiences I have and the more passionate I become about the issues that matter to me,” Bolton says.

Serving as the President of the Student Gerontology Association (SGA), she oversees all programming, events and service activities for the USC Leonard Davis School student group. From recruiting students to participate in the AlzLA’s annual Walk4Alz, organizing food drives for the Los Angeles Regional Food Bank, and gathering holiday gifts for local senior centers, to planning guest lectures and an annual alumni dinner, Bolton serves as the main point of contact for her fellow gerontology students looking to get involved in SGA’s vast array of professional and extracurricular events.

She also works to recruit students for community service work, including for YouthCare, a caregiver respite program of the Youth Movement Against Alzheimer’s, as well as for respite care services at the Aging into the Future Conference on technology and aging taking place in downtown Los Angeles this April. Bolton also kept caregivers in mind with her recent internship with The Memory Kit, LLC, in Atlanta, Georgia, where she assisted with the launch of Care Card, an app designed for coordinating care among different caregivers.

“Caregiving is an extremely taxing job, so I think that any way we can give back to those in need or develop new products and systems to help the current population affected by debilitating diseases is essential to our future,” she says.

Bolton’s service work doesn’t just involve older adults. As a member of the Gamma Phi Beta sorority, she developed and implemented the USC chapter’s risk management plan for member safety and health. She has also developed mentoring relationships with girls at local middle schools through the Women and Youth Supporting Each Other program, which encourages college-age women to serve as role models and sources of support for young girls.

Bolton also supports research and other scholarly activities within the USC Leonard Davis School. As a research assistant in the laboratory of Professor Valter Longo, she’s completing a senior thesis on the effects of a short-term fasting-mimicking diet on brain changes in Alzheimer’s-predisposed mice, and has presented her findings during the USC Undergraduate Research Symposium. She also provides administrative support for the USC Fall Prevention Center of Excellence and assists prospective and current students of the center’s Executive Certificate in Home Modification courses.

“Being able to study and learn from some of the top experts in gerontology at USC has been a beyond enriching and enlightening experience,” Bolton says. “One thing that has been consistent throughout my time in the USC Leonard Davis School is the enthusiasm that professors have when teaching. It’s clear that they are in this field because this is their passion.” 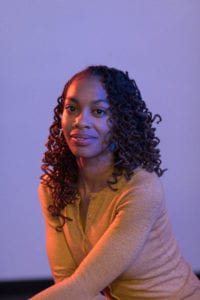 PhD in Gerontology student Elizabeth Avent first encountered a glaring gap in violence research when she was an undergraduate student at Georgia State majoring in sociology. She was trying to write a paper on intimate partner violence in older adults — but she couldn’t find much research on it.

Now, as a research assistant at the USC Secure Old Age Lab and USC Center on Elder Mistreatment, she’s devoting her doctoral program to investigating the important but overlooked topic.

In her quest to understand more about domestic violence in older adults, Avent, who is now in the second year of her PhD program, investigated connections between people who have experienced adverse childhood experiences, or ACEs, and victims of intimate partner violence over age 60. She has uncovered that people who experience more than one ACE, especially falling victim to sexual abuse or witnessing domestic violence, face higher odds of being victims of intimate partner violence after age 60.

The next step is to figure out how to use these risk factors to identify people in danger of becoming victims of domestic violence and ultimately make shelters and other resources for victims more inclusive for people of all ages, Avent says.

“We have a lot of work to do. I want to see where we could intervene for people at risk of abuse and provide trauma-informed care,” she says.

Avent first encountered research on violence and older adults by USC Leonard Davis faculty members during her undergraduate and master’s in gerontology programs at Georgia State. After learning more about USC at a Gerontological Society of America conference, she enrolled in the USC PhD in Gerontology program. Her mentor is one of the authors whose work she read years ago: Kathleen Wilber, Mary Pickford Foundation Professor of Gerontology at the USC Leonard Davis School.

“I saw that USC faculty were doing a lot of exciting research, and I wanted to be a part of that,” Avent says. “I like that the school is very collaborative. It pushes you out of your comfort zone, and that’s what I really needed.”

“I really want to convince people in other disciplines that this is an important subject and something we need to talk about,” she says. “We can do something about it. I want my work to reach the people doing the work on the front lines.”

This story originally appeared in the Spring 2019 issue of Vitality magazine with the title “Making an Impact.” Photos by Stephanie Kleinman.