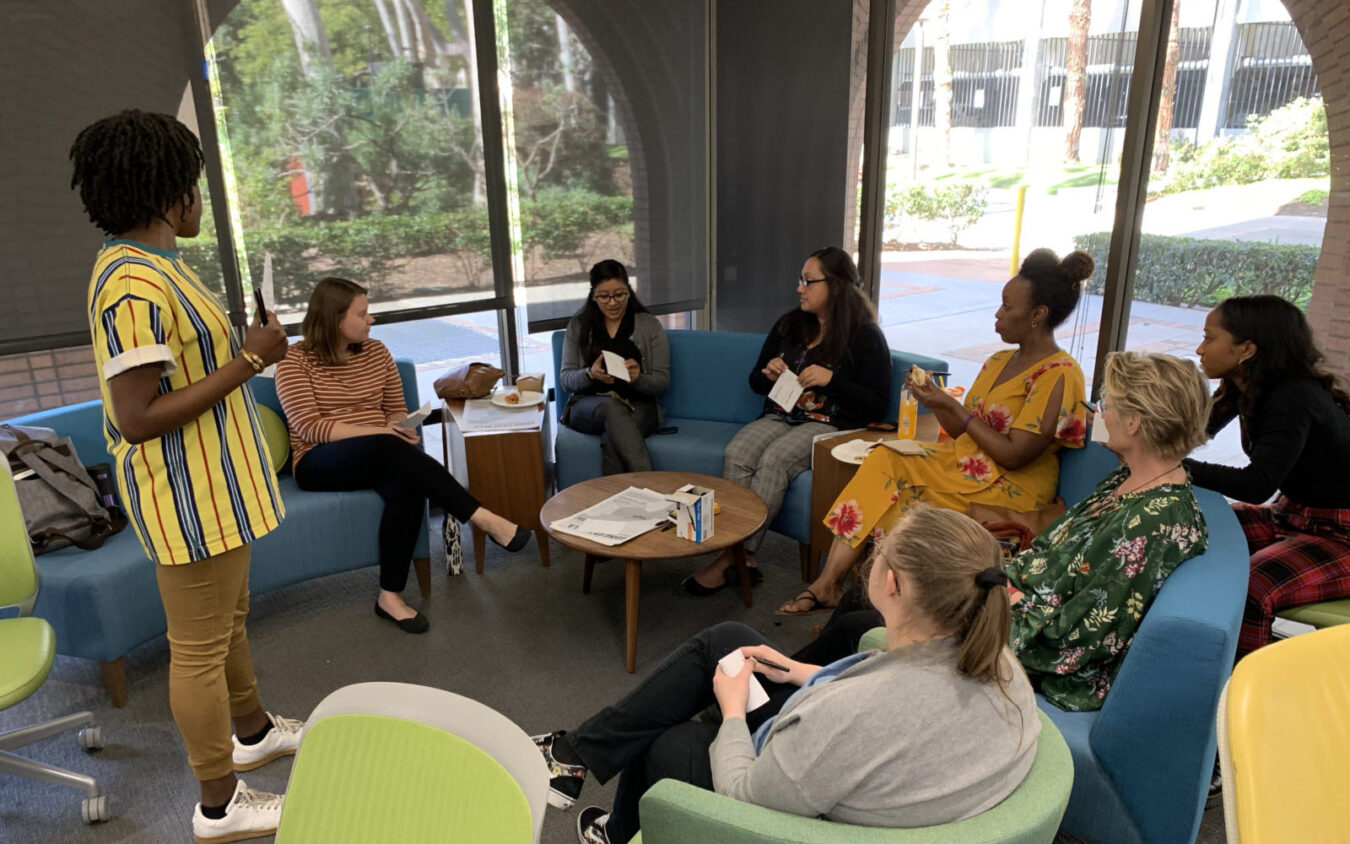 The USC Leonard Davis School got a head start on Diversity, Equity and Inclusion Week at USC with a day of events focused on embracing ethnicity, gender, race, culture, age, career paths, and other factors that define diversity. 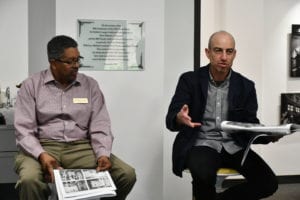 Photographer Roberto “Bear” Guerra visited the school on February 26 to discuss “Going Gray in LA,” his photography series with journalist Ruxandra Guidi that followed older adults across the city from fighting evictions to maintaining independence.

“We wanted these stories to be about real life,” he said.

Faculty and students continued the conversation by leading several age-related panels and discussions during USC’s Diversity, Equity, and Inclusion Week March 2-6. In the session “Changing How We See: Love Yourself, Love Your Body, Love Your Age”, women of all ages shared common stories around the objectification of women’s bodies and a lack of self-love. 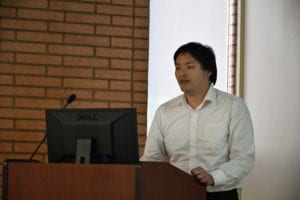 Caroline Cicero, an instructional associate professor of gerontology and co-presenter of the event, discussed how her mother would not let her play with a Barbie doll because she felt it would create false expectations around how a woman should look and how Cicero similarly tried to promote body positivity for her children.

“It’s interesting to see my own daughter and son— how I would take what I’ve learned from my mother and try to pass that on. And a lot of my views on age, of course, have come from my mother as well.”

A separate event took an intergenerational approach to combating ageism. Hosted by members of Generation Z, aka “Zoomers,” with panelists ranging from the silent generation through millennials, the discussion noted that younger generations can also face age-related obstacles.

Chris Finley, a professor of American studies and ethnicity, explained that she does “actually feel that things are a lot harder for the newer generations” due to the new additional stress in finding a job in the current job market.

“I moved out of my house and got a studio apartment in Portland, Oregon for less than $500 a month— you could just go do that,” Finley said.. “But you all can’t do that because that’s not the way that capitalism has advanced.” 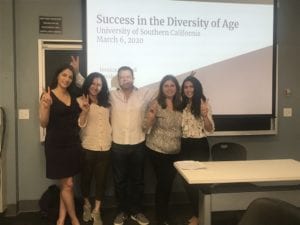 A third panel hosted by seniors Jessica Haddad and Sarah Sabih brought together their expertise as lifespan health and business administration majors, respectively, to promote the benefits of age diversity in the workforce.

“What made us decide to do this was witnessing how the Trojan family really interacts with each other— how we have a great intergenerational family and how we really have learned from each other,” Haddad said. “Stepping into the workforce, we didn’t feel the same way. So we want to really address that.”

The hope is that many of the conversations begun on campus will and lead to positive change in the workforce and society at large.

“We want to step out there and really discuss this outside of our classroom walls,” Haddad said. 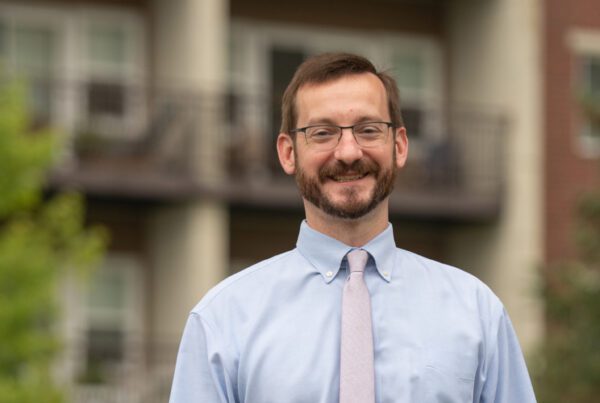