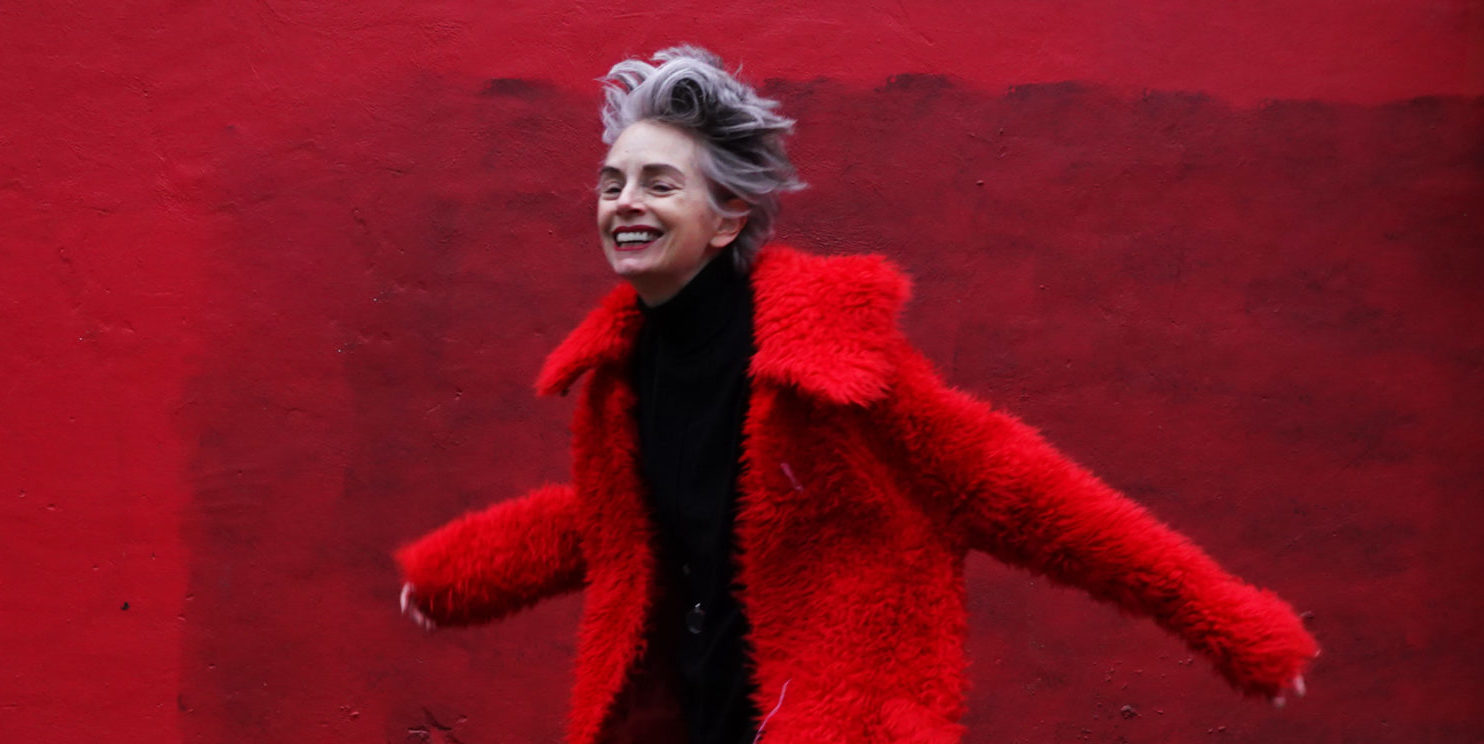 Careers in AgingHealth and Wellness

With a rapidly aging population in the U.S. and around the world, it makes sense that older faces are popping up more often in the media, from the stars of shows such as Grace and Frankie, to presidents and presidential candidates, and even Sports Illustrated swimsuit models. But open up Facebook or scroll through Instagram, and it’s even easier to see that today’s older adults don’t look like the stereotypical grandmas and grandpas of yesteryear, nor do they accept the more modern notion that aging is something they need to defy.

“It’s a time of some change,” said Eileen Crimmins, University Professor and AARP Professor of Gerontology at the USC Leonard Davis School of Gerontology. “The media-savvy crew is now moving into old age,” she said, and today’s seniors are “much more mixed up, much less easily categorized into the standard categories.”

Members of the baby boom generation — still roughly 73 million strong — are entering their later years. As a group, they are more likely to work at an older age, and they continue to break new ground, from adopting digital technology to taking up cohabitation with gusto.

The media should recognize that “older people are as diverse — in some sense, more diverse — than the rest of the population,” said Paul Irving, chairman of the Milken Institute Center for the Future of Aging and a Leonard Davis School distinguished scholar in residence. Some, Irving said, are ill or in pain, while others continue to engage in work and society. None are bland or blank slates — in fact, he said, many people’s personalities actually intensify as they age.

“For some reason, some people seem to believe that our tastes and inclinations and beliefs are not as strongly held and distinct as they were earlier in life,” Irving said. He added that younger generations, and the media in particular, need to remember that older people still have meaningful things to say.
And, often, they are speaking up — and showing up — online. 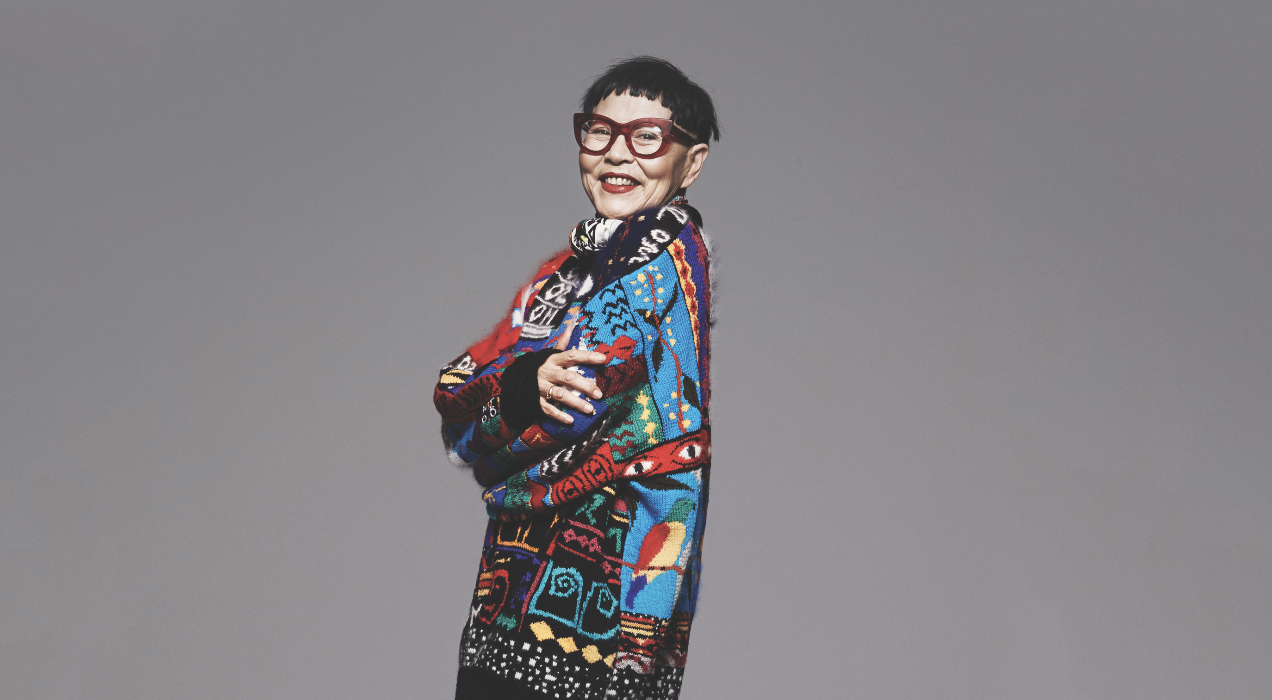 While traditional media is slowly changing, the rise of new and social media has provided people with ways to reach others directly and tell their own stories, no matter who — or what age — they are.

Younger generations are typically the early adopters of social media channels, but in recent years older adults have also joined in on Instagram, Facebook and the like to share their art, fashion, viewpoints and more. Nearly 60% of baby boomers now use social media, a rapid increase from just 40% in 2012, according to a 2019 Pew survey. In the process, these older adults interact with and show their unique, yet normal, versions of aging to friends and followers of all ages around the world.

“Seeing older people on social media being open and honest and expressing themselves true to their own style is inspiring — if we can have ’em young, we can have ’em old!” said world-renowned Australian artist and designer Jenny Kee, who shares and wears her art on jennykee.com and Instagram @jennykeeoz. “It’s all about style and [has] nothing to do with age.”

Viewing fellow older adults in both traditional and new media is very important, said Mel Kobayashi, who publishes the art, style and comedy blog Bag and a Beret (bagandaberet.blogspot.com) and posts self-portraits and videos on Instagram @bagandaberet.

“When I see older people in media, I feel relevant and empowered, like I still have a voice,” Kobayashi said. “Experiencing the physical changes that come with aging in a youth-centric world can be rattling, and it’s a comfort to know I’m not alone in dealing with these changes and ageism.”

When it comes to television, movies and advertising, older Americans are still often portrayed as types, said Caroline Cicero, an instructional associate professor and director of the USC Age-Friendly University Initiative. “When I look at a Disney film, I cringe,” she said, citing the trope of the “evil old hag,” like the stepmother in Snow White, who downs potions to keep herself young and attractive.

In a similar vein, Cicero finds herself irritated when watching an event like the Kennedy Center Honors and seeing older celebrities without a wrinkle or a gray hair in sight. Like the cartoon, it sends a message that the physical manifestations of age are unacceptable.

Advertisers fall into this trap as well, marketing products using younger adults even when those products, such as Viagra, were developed for seniors, said Elizabeth Zelinski, a professor of gerontology and psychology and the Rita and Edward Polusky Chair in Education and Aging at USC. “If older people are actually shown, they represent the fantasy of ‘successful aging’ — that is, doing what younger people do [but] with a gorgeous older body,” she said.

Coverage of older adults in news media also skews negative, though sometimes in subtle ways, said Erfei Zhao, a first-year gerontology PhD student at USC. For his master’s thesis, Zhao examined 198 articles from 19 major news outlets, spanning the years 2015 to 2019, looking for age bias. Nine of the publications were politically conservative, and 10 were liberal. But the political persuasion didn’t matter much: Two-thirds of all articles about older people contained negative stereotypes, he found. “They included attitudes such as older adults are more vulnerable, less productive, and are seen as a burden,” Zhao said.

When discussions of Social Security arose, it was with a hostile edge. “They viewed older adults as a really greedy generation that’s taking benefits away from the taxpayers,” he said.

Even when the media tried to portray seniors in a positive light, “the language was problematic,” Zhao said. Most of the discussion was centered around cheating aging — how to look younger, feel younger, act younger. “That implies that being old is not a good thing, even though it’s coming from a good place,” he said. “They fail to emphasize that aging is a very normal process. It shouldn’t be something we are avoiding.” 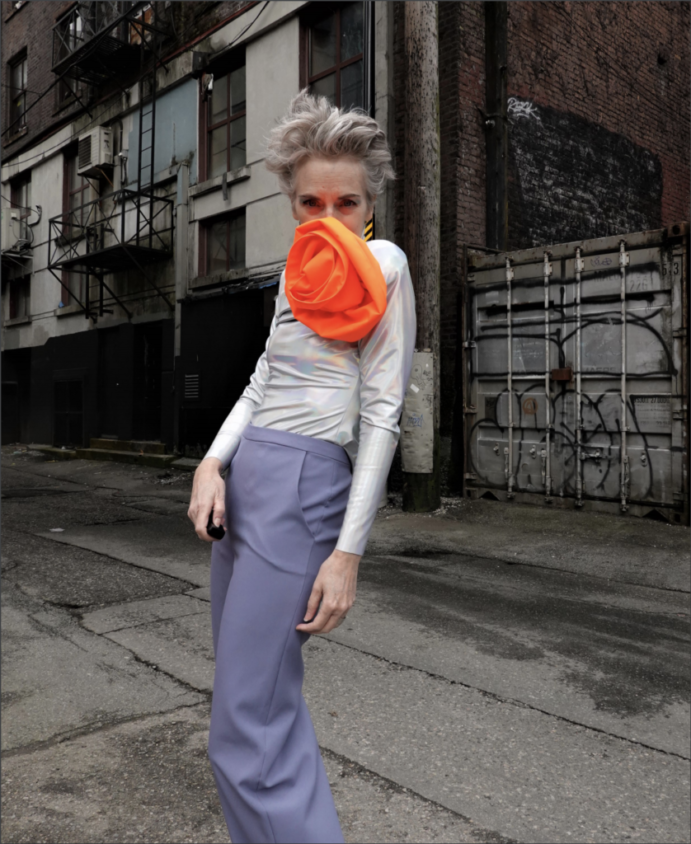 Showing the Reality of Aging

So what would be the right way to depict aging in the media? Simple, Cicero said: Normalize it. Show older people living their lives just like younger people do, but don’t shy away from depicting the disability and illness that can come with advanced years. “We need to allow people to live with less-than-perfect functioning. We all need more permission and confidence to be who we are,” she said.

There are some indications that progress is being made within traditional media, from more realistic roles for older actors to successful films and TV shows with intergenerational ensembles, such as The Farewell, Knives Out and Orange Is the New Black. And on social media, older users are forgoing the filters and changing the conversation.

This is important, because stereotypical media depictions are not just unfair; they can be unhealthy as well, said Paul Nash, an instructional associate professor who has studied the effects of ageism.

“When you get to 65 years of age, you start to live the stereotypes you have acquired,” he said. “When we are looking at ageist attitudes, if older people internalize those negative attitudes about aging, they can actually reduce their lifespan by up to seven and a half years.”

Writer and model Dian Griesel (@silverdisobedience), who founded the Silver Disobedience blog, social media channels and podcast as a way to counter ageist stereotypes, encourages others to embrace older age as a time of self-acceptance and confidence.

“We’re entering a stage where we aren’t as worried about societal norms as to how we’re supposed to be or act,” she said. “Perhaps aging is, in essence, the process of getting to know ourselves more deeply, and with greater acceptance and kindness, over time.”

Careers in Aging Health and Wellness No Comments