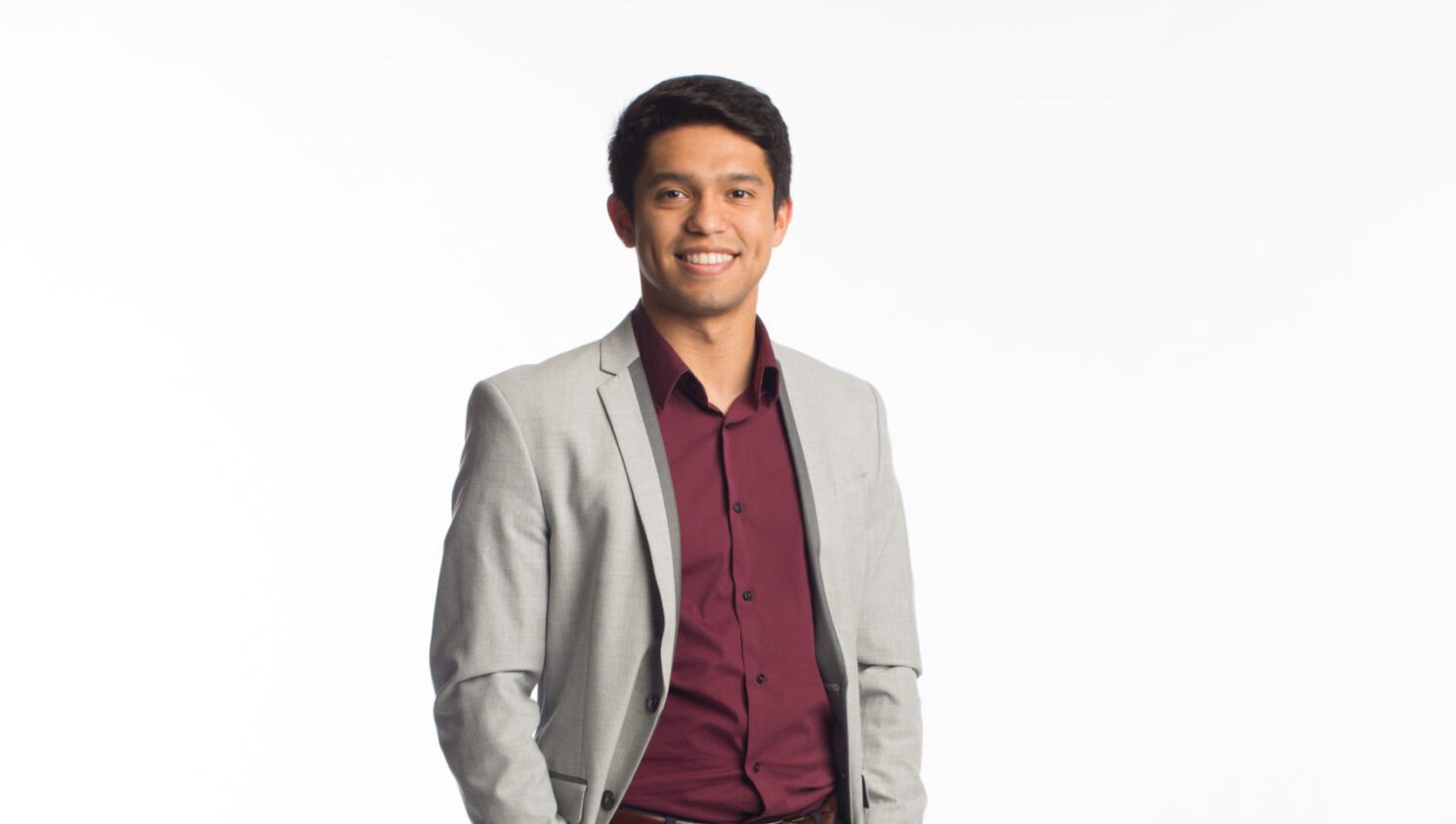 Gerson Galdamez, PhD ’20, aims to improve aging policy and services in Los Angeles and beyond

Home » Gerson Galdamez, PhD ’20, aims to improve aging policy and services in Los Angeles and beyond

Galdamez says his years at the Leonard Davis School have provided him with many incredible experiences both inside and outside of the classroom, including opportunities to travel and engage in policymaking and foundation work.

When Gerson Galdamez arrived as an undeclared freshman at USC, he maintained strong ties to his family and community; he commuted to school from his Orange County home, where he lived with, and helped care for, multiple generations of family members. Committed to making a difference in their lives, this first-generation student earned his bachelor’s degree in human development and aging from the USC Leonard Davis School in 2016. He is now graduating with a PhD in gerontology and is ready to put his expertise and research skills to use in improving aging policy and services.

“I want to create a world where people feel secure in every stage of their life,” Galdamez says. “This idea of security is very important to me just because I know what it means to be insecure, especially in older ages.”

Growing up in Compton and Buena Park, Calif., Galdamez not only saw his mother and grandmother work with older adults in their careers as nurses but also helped to provide care for his great-grandmother and other older members of his extended family. In addition, as an accomplished violinist—he partially funded his education by teaching and performing professionally—he served as a volunteer musician at several senior centers.

These experiences led him to explore gerontology. Galdamez says his years at the Leonard Davis School have provided him with many incredible experiences both inside and outside of the classroom, including opportunities to travel and engage in policymaking and foundation work.

“It is humbling and gives me a sense of gratitude to know how far I’ve gone,” he says. “I would never have imagined something like this.”

As he prepares to submit his dissertation for publication while physically distancing at home, he starts his morning by playing the violin for a few hours. He calls this time “Breakfast with Bach.”

“I find that it is intellectually stimulating,” he said. “So I’m able to dive into the rest of the work that I have to do.”

For his doctoral thesis, he conducted research on elder abuse interventions under the mentorship of Professor Kate Wilber, the Mary Pickford Chair in Gerontology and a leader in the field.

“Elder abuse is multifaceted and difficult to detect,” he says of the issue, which can occur in various ways ranging from physical injury to financial exploitation. “It’s important that we learn to better identify it and invest in creating new preventative measures.”

He also delved into policy work as a fellow in the prestigious Robert Wood Johnson Health Policy Research Scholars program. Most recently, he completed an internship at the non-profit Archstone Foundation, where he worked to improve the geriatric mental health workforce in California. He also contributed to the development of what became Governor Newsom’s California Master Plan for Aging as part of an internship at the Scan Foundation. Currently, he is doing consulting work related to strengthening advocacy, services, policy and programs for older adults in the city and county of Los Angeles.

With the COVID-19 pandemic, he is leaving school at a critical time for older adults but feels his experiences have prepared him for the challenges ahead. He also believes that the crisis can help highlight the importance of programs and policies that can benefit older adults.

“I think, as the severity of the virus takes hold in our cultural psychology, it will be an important step for us in pushing the narrative forward that aging is something worth thinking about and worth funding,” he says, adding that he hopes it will empower young people to advocate for change.

He encourages future students interested in working with older adults or in studying the aging process to pursue gerontology and take advantage of the opportunities at the Davis School, at USC, and the gerontology field.

“Pursue what you find meaningful,” he says. “You will want to tell yourself later that you changed something, that your life contributed to a worthy goal. Understand your goals, and engage them with fervor.”