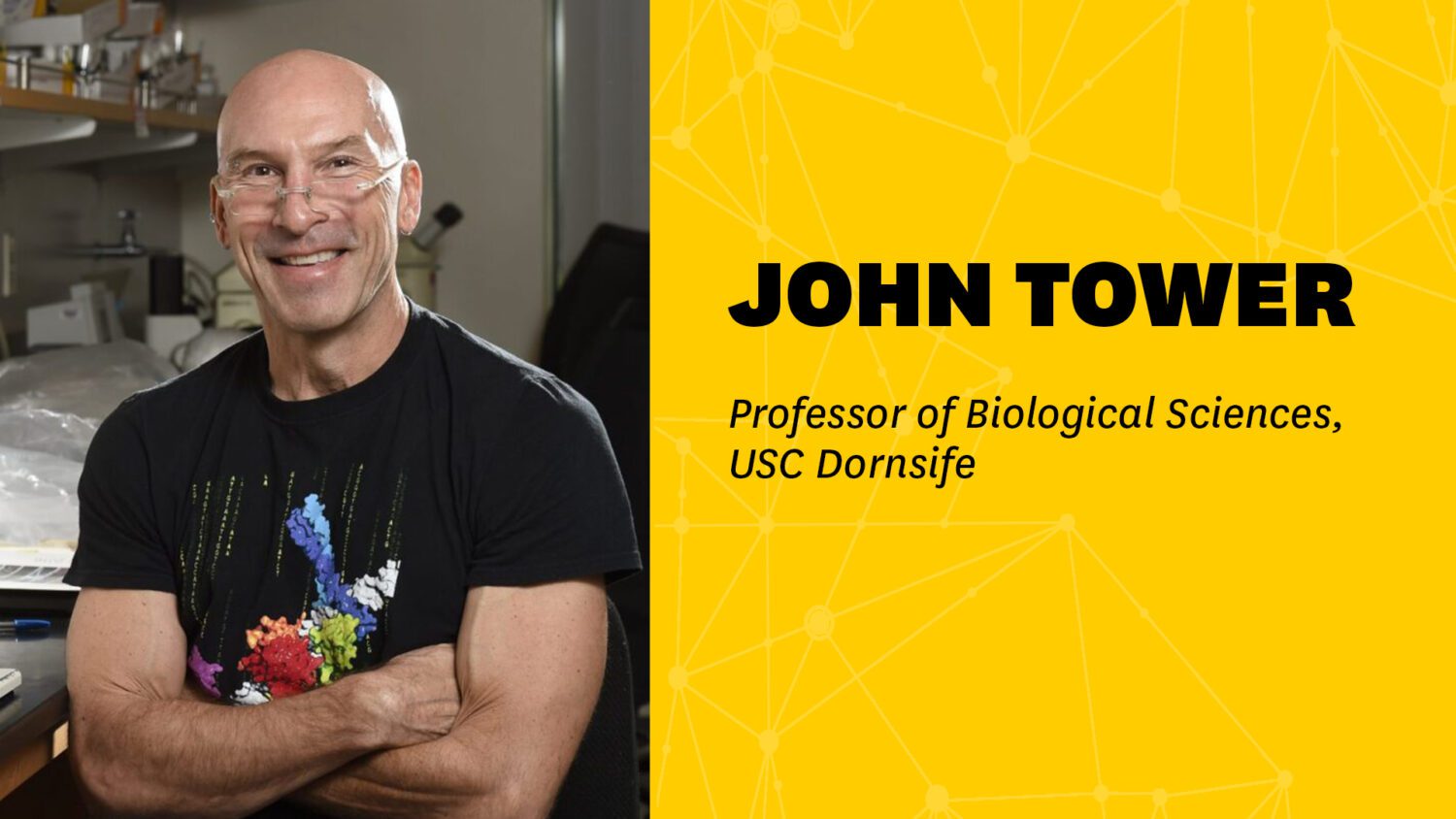 Professor John Tower: the roles of sex differences and mitochondria on aging

Home » Professor John Tower: the roles of sex differences and mitochondria on aging

John Tower is a professor of biology and gerontology. He spoke to us about his research on the roles of sex differences and mitochondria in aging.

Highlights from our conversation:

As you may know, in humans, women live longer than men. And the reason for that is not entirely understood and also malfunction of the mitochondria, which is also called the powerhouse of the cell is, directly implicated in aging and multiple aging-related diseases, including Parkinson’s disease and Alzheimer’s disease and cancer. And so we’d like to understand at a very basic level, why does the mitochondria malfunction during aging and does this, or does this not have, uh, is this related to, or a result of sexual differentiation of the male and female?

While there’s no consensus in the aging field on pretty much anything. But, I would say at this point, antagonistic pleiotropy is the most favored model for how the genetics of aging works across species. And the idea is that genes can be beneficial in one context, but detrimental in another context. Specifically they’re likely to be beneficial early in life, promoting things like differentiation and growth and sexual reproduction and in the long term, the same genes are detrimental and have a cost during aging.

I’ve made a complete about face, from thinking that sexual differentiation was not important, to thinking that well, maybe sexual differentiation is actually causative to a large part in the aging process. In other words, in differentiating the male and the female, you set up the situation for sex specific trade-offs between reproduction and aging, and some aspects of these trade-offs are common between the male and the female. And some of them are unique to either the male or the female in that there are pathways that promote a reproduction, but then have a cost for the long-term maintenance of the animal. That’s the kind of antagonistic pleiotropy my lab is focusing on right now which is the idea that a gene can be beneficial to one sex, but detrimental to the other, or a gene could be detrimental to each sex in different ways

I think what I would expect is we’re going to see sex-specific interventions in aging and aging-related diseases,  even diseases common to the male and the female, like Parkinson’s and Alzheimer’s,  that having an intervention that’s tailored, to the male or the female will be more efficacious.