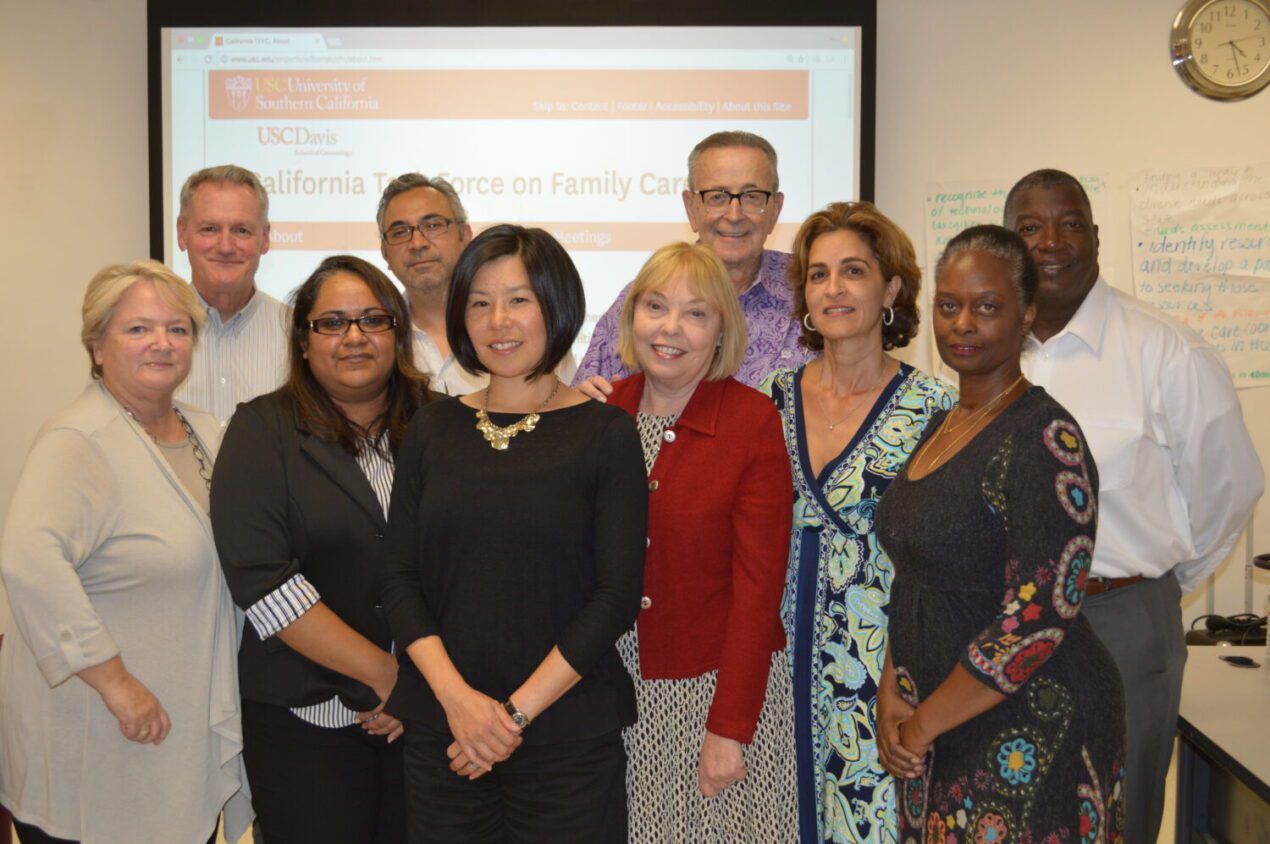 The USC Family Caregiver Support Center (FCSC) received a $20,000 Innovations in Alzheimer’s Caregiving Award for work on behalf of the Task Force on Family Caregiving. The task force report, “Picking up the Pace of Change in California,” was submitted to the California legislature and included seven actionable policy recommendations to address the challenges encountered by California’s 4.5 million family caregivers who care for individuals ages 18 and older.

As stated on the award website, several pieces of legislation have directly or indirectly been influenced by the work of this groundbreaking task force. Several members were appointed to the California Master Plan on Aging, where they continue to bring forward the goals and recommendations of the task force, resulting in heightened inclusion of caregiver needs in the plan development. States and countries, including China, have used the report as a template to build efforts to secure funding for caregiver services in their communities.

“I am so pleased that this report helped California to enact legislation to help family caregivers in the state today and to construct a better way to respond in the future, and I’m honored to receive this award on behalf of the task force,” said Donna Benton, a research associate professor at the USC Leonard Davis School and chair of the 12-person task force.

Benton, who is also an member of the stakeholder advisory committee for the California Master Plan for Aging, directs the FCSC at the USC Leonard Davis School. The FCSC was recognized in the public policy category of this annual award given by the Family Caregiver Alliance, the Rosalinde and Arthur Gilbert Foundation and the Helen Daniels Bader Fund, a Bader Philanthropy, to address the needs of Alzheimer’s caregivers.

The California Task Force on Family Caregiving was established through Assembly Concurrent Resolution38 (ACR 38-Brown). With support from AARP and the Archstone Foundation, USC provided research and administrative support to a diverse, multicultural team of professionals and lay caregivers appointed by the California Legislature. The task force proposed a set of policies with the following fundamental values: supporting diverse needs, including cultural awareness, cultural competency and sensitivity, person and family-centered care, work-life balance, choice, and options for caregivers and support paid caregivers.

“All too often, task force reports sit on shelves and get forgotten, but this report is really making a difference,” said USC Leonard Davis School Professor Kate Wilber, who led the task force administrative support team. “Thanks to Donna Benton’s leadership, and the committed efforts of its members, the work of the California Task Force on Family Caregiving is having an important impact on caregiving policy in the state and beyond.”