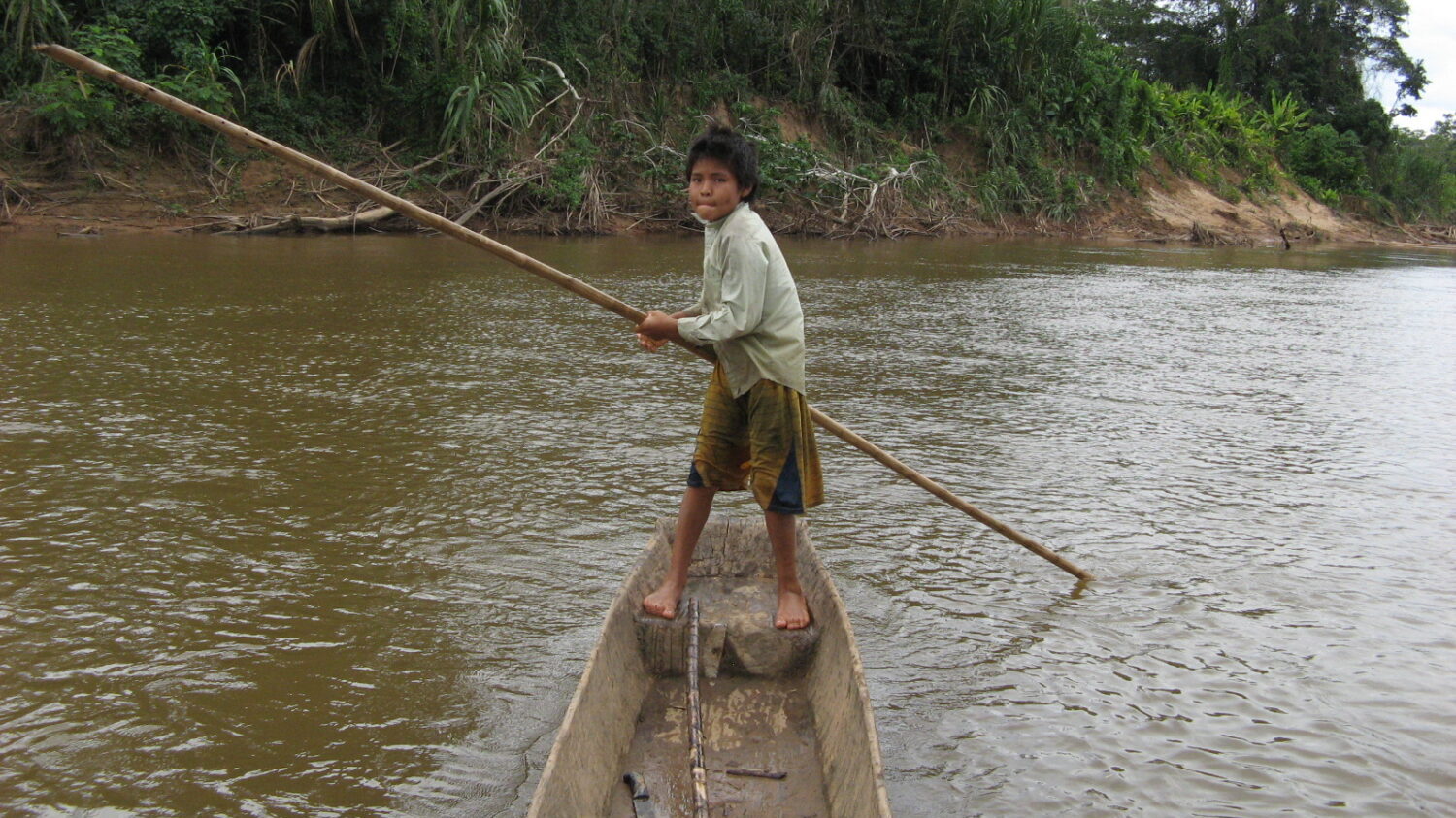 According to a new study, the Tsimane people in Bolivia appear to have healthier brains that age more slowly.

A team of international researchers has found that the Tsimane indigenous people of the Bolivian Amazon experience less brain atrophy than their peers in higher-income nations. The decrease in their brain volumes with age is 70% slower than in American and European populations. Accelerated brain volume loss can be a sign of dementia.

The study was published today in The Journal of Gerontology, Series A: Biological Sciences and Medical Sciences.

Although people in higher-income nations have access to modern medical care, they are more sedentary and eat a diet high in saturated fats. In contrast, the Tsimane have little or no access to health care but are extremely physically active and consume a high-fiber diet that includes vegetables, fish and lean meat.

“The Tsimane have provided us with an amazing natural experiment on the potentially detrimental effects of modern lifestyles on our health,” said study author Andrei Irimia, an assistant professor of gerontology, neuroscience and biomedical engineering at the USC Leonard Davis School of Gerontology and the USC Viterbi School of Engineering. “These findings suggest that brain atrophy may be slowed substantially by the same lifestyle factors associated with very low risk of heart disease.”

The researchers enrolled 746 Tsimane adults, ages 40 to 94, in their study. To acquire brain scans, they provided transportation for the participants from their remote villages to Trinidad, Bolivia, the closest town with CT scanning equipment. That journey could last as long as two full days with travel by river and road.

The team used the scans to calculate brain volumes and then examined their association with age for Tsimane. Next, they compared these results to those in three populations in the U.S. and Europe.

The scientists found that the difference in brain volumes between middle age and old age is 70% smaller in Tsimane than in American and European populations. This suggests that the Tsimane’s brains likely experience far less brain atrophy than people in higher-income nations as they age; atrophy is correlated with risk of cognitive impairment, functional decline and dementia.

The researchers note that the Tsimane have high levels of inflammation, which is typically associated with brain atrophy in industrialized societies. But their study suggests that high inflammation does not have a pronounced effect upon Tsimane brains.

According to the study authors, the Tsimane’s low cardiovascular risks may outweigh their infection-driven inflammatory risk, raising new questions about the causes of dementia. One possible reason is that, in American and European populations, inflammation is associated with obesity and metabolic causes whereas, in the Tsimane, it is driven by respiratory, gastrointestinal, and parasitic infections. Infectious diseases are the most prominent cause of death among the Tsimane.

“Our sedentary lifestyle and diet rich in sugars and fats may be accelerating the loss of brain tissue with age and making us more vulnerable to diseases such as Alzheimer’s,” said study author Hillard Kaplan, a professor of health economics and anthropology at Chapman University who has studied the Tsimane for nearly two decades. “The Tsimane can serve as a baseline for healthy brain aging.”

The indigenous Tsimane people captured scientists’ — and the world’s — attention when an earlier study found them to have extraordinarily healthy hearts in older age. That prior study, published by The Lancet in 2017, showed that Tsimane have the lowest prevalence of coronary atherosclerosis of any population known to science and that they have few cardiovascular disease risk factors. The very low rate of heart disease among the roughly 16,000 Tsimane is very likely related to their pre-industrial subsistence lifestyle of hunting, gathering, fishing, and farming.

“This study demonstrates that the Tsimane stand out not only in terms of heart health, but brain health as well,” Kaplan said. “The findings suggest ample opportunities for interventions to improve brain health, even in populations with high levels of inflammation.”

Top photo: A young member of the Tsimane indigenous group in the Bolivian Amazon in a canoe (photo courtesy Tsimane Health and Life History Project Team).