Home » Why Don’t Men Live as Long as Women? 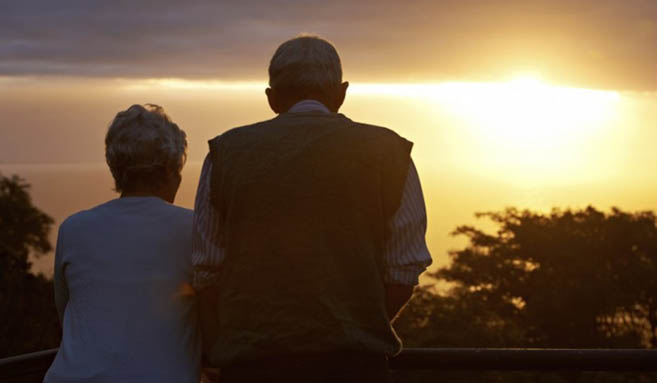 Across the entire world, women can expect to live longer than men. But why does this occur, and was this always the case?

According to a new study led by USC Leonard Davis School of Gerontology researchers, significant differences in life expectancies between the sexes first emerged as recently as the turn of the 20th century. As infectious disease prevention, improved diets and other positive health behaviors were adopted by people born during the 1800s and early 1900s, death rates plummeted, but women began reaping the longevity benefits at a much faster rate.

In the wake of this massive but uneven decrease in mortality, global data points to heart disease as the culprit behind most of the excess deaths documented in adult men, said USC University Professor and AARP Professor of Gerontology Eileen Crimmins.

“We were surprised at how the divergence in mortality between men and women, which originated as early as 1870, was concentrated in the 50 to 70 age range and faded out sharply after age 80,” Crimmins said.

The study was conducted with USC University Professor and ARCO/William F. Kieschnick Professor in the Neurobiology of Aging Caleb Finch and Research Associate Hiram Beltrán-Sánchez of the Center for Demography of Health and Aging at the University of Wisconsin-Madison. It examined the lifespans of people born between 1800 and 1935 in 13 developed nations.

Focusing on mortality in adults over the age of 40, the team found that in individuals born after 1880, female death rates decreased 70 percent faster than those of males. Even when the researchers controlled for smoking-related illnesses, cardiovascular disease appeared to still be the cause of the vast majority of excess deaths in adult men over 40 for the same time period. Surprisingly, smoking accounted for only 30 percent of the difference in mortality between the sexes after 1890, Crimmins said.

The uneven impact of cardiovascular illness-related deaths on men, especially during middle and early older age, raises the question of whether men and women face different heart disease risks due to inherent biological risks and/or protective factors at different points in their lives, Finch said.

“Further study could include analysis of diet and exercise activity differences between countries, deeper examination of genetics and biological vulnerability between sexes at the cell level, and the relationship of these findings to brain health at later ages,” he said.

The study, “Twentieth century surge of excess adult male mortality,” appears in the Proceedings of the National Academy of Sciences and was supported by the National Institute on Aging.