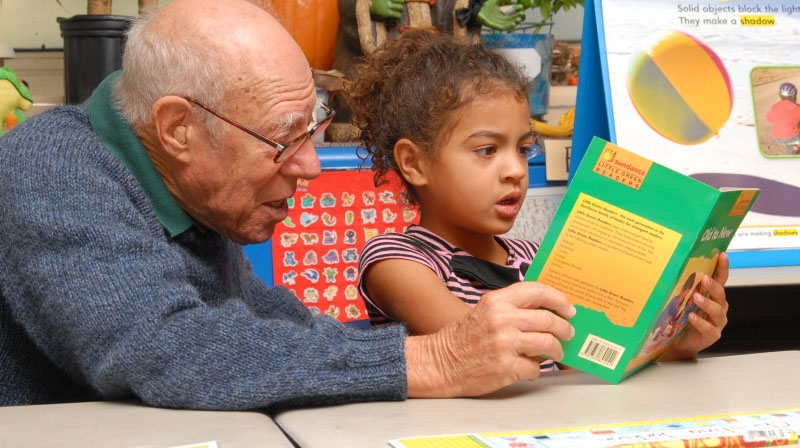 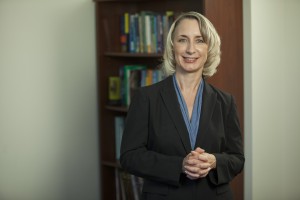 A program linking older adults with elementary students not only provides kids with academic and social support but also gives older volunteers a positive perception of how they help the next generation, according to a groundbreaking study by USC Leonard Davis School of Gerontology Assistant Professor Tara Gruenewald.

“In [Erik] Erickson’s life stage theory, the major goal in midlife is generativity, with efforts to promote the continuation of the next generation,” she said. “We all want to create something that outlives us.”

The Experience Corps, started in 1995 and now active in 21 U.S. cities as AARP Experience Corps, is a program that pairs older adults with elementary schools to help kids improve their academic, social, and behavioral well-being. Harnessing the wisdom and time of older volunteers, the program is a mutually beneficial scenario: kids get the help and encouragement they need, and older adults satisfy their need to be generative and see the impact of their work, Gruenewald said.

Baltimore, Maryland was one of the original five Experience Corps locations and has been the site of program evaluation for several years. Gruenewald’s study analyzed data from the Baltimore Experience Corps Trial (BECT), an unprecedented randomized controlled trial testing the benefits of the program for both volunteers and the children they help. Following Experience Corps volunteers and non-volunteer control subjects for two years, Gruenewald and her colleagues periodically assessed whether study participants experienced changes in what they thought about caring for and serving younger members of their community.

It turned out that compared to non-volunteers, participating in Experience Corps helped older adults not only want to be more generative but also have a greater appreciation for the generative things they’ve achieved. Gruenewald said that the randomized controlled design of the trial strongly bolsters the evidence.

“Even the members of our control group were very engaged and increased their volunteer activity; [all study participants] were highly motivated to give,” Gruenewald said. “Experience Corps participation showed benefits that were above and beyond [the control group’s results]. It’s the full package and provides intense doses of cognitive, psychosocial, and physical stimuli.”

Other upcoming BECT analyses will examine the academic, behavioral, and social benefits for children as well as delve further into the psychological and physical benefits for older adult volunteers. Existing research indicates that feelings of generative desire and achievement positively correlate with better health outcomes for seniors, Gruenewald said. She added that she hopes the BECT results lead to further development of intergenerational civic programs as well as more scientific support for such programs.

“To see how motivated elders are to be involved and give back is very affirming. We have a segment of the population that has a lot to give, and failure to tap into that resource is quite concerning,” Gruenewald said. “[A program such as Experience Corps] really is a win-win; we help our communities and help elders in the process.”

“The Baltimore Experience Corps Trial: Enhancing Generativity via Intergenerational Activity Engagement in Later Life” first appeared online in the Journals of Gerontology Series B: Psychological Sciences and Social Scienceson February 25, 2015 and will appear in print later this year. Funding for the BECT was provided by the National Institute on Aging (NIA) grant P01 AG027735, the John A. Hartford Foundation, the Johns Hopkins Older Americans Independence Center under NIA contracts P30-AG02133 and R37-AG19905, and NIA grant K01-AG028582 to Gruenewald.