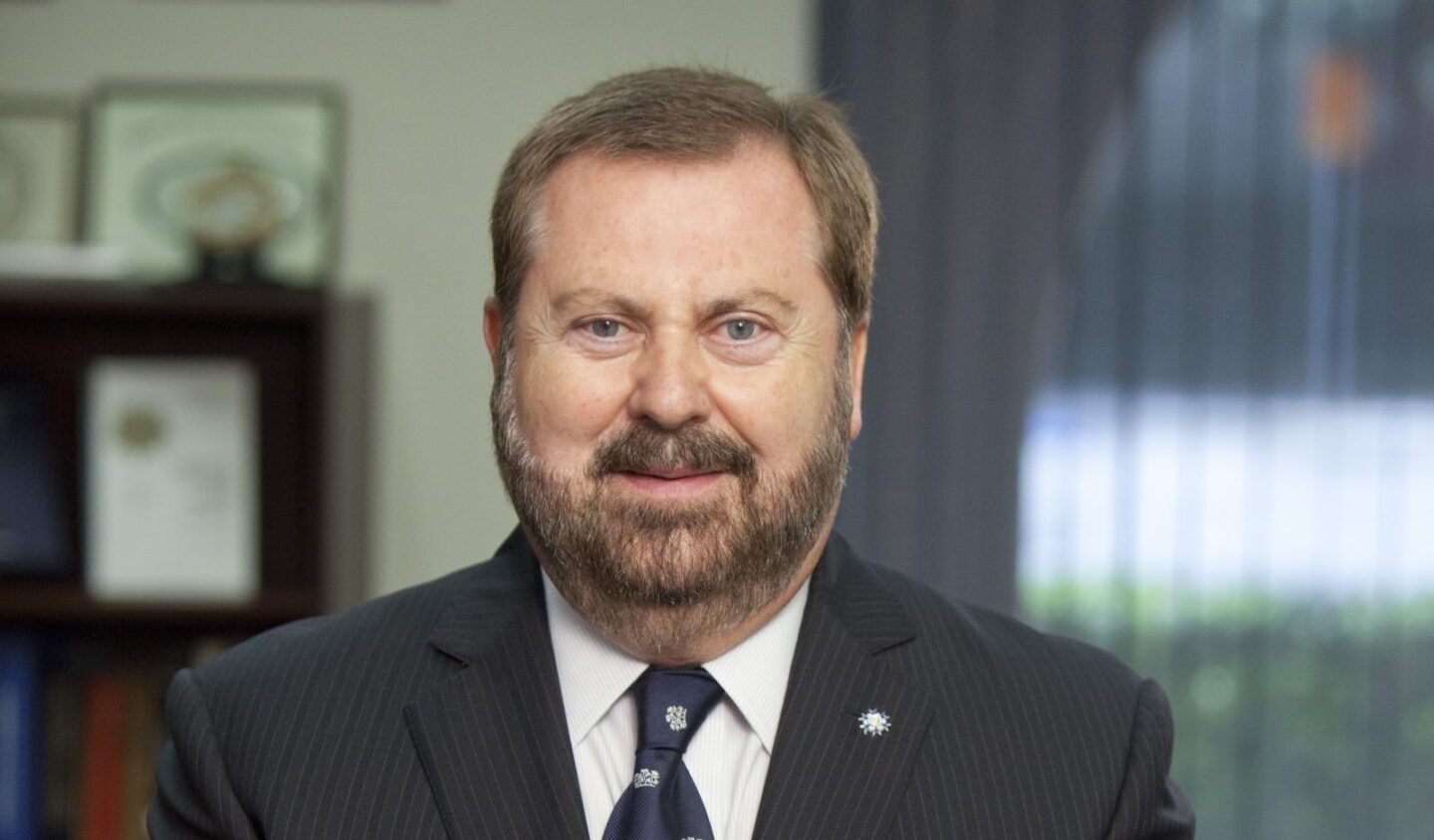 Professor Kelvin J. A. Davies of the USC Leonard Davis School of Gerontology and Dornsife College of Letters, Arts, and Sciences has been elected as a Fellow of the Academy of Europe (Academia Europaea), the premier academic body of the entire European continent.

Membership in the Academy is limited to only 2,600 scholars at any one time, 54 of whom currently are winners of the Nobel Prize. Only 45 new initiates are inducted each year, and election to Fellowship is an honor that recognizes the very highest levels of outstanding international scholarship. The Academia Europaea is a pan-European organization of the most prominent, eminent, and influential European scholars and is unique amongst European academies in providing a broad assembly of excellence from across the entire continent, with members drawn from a population of almost 750 million people.

Davies was born and raised in London, England and is a dual citizen of Great Britain and the U.S. Educated at London and Liverpool Universities, the University of Wisconsin, Harvard University, and the University of California at Berkeley, he was previously a faculty member at Harvard University and Harvard Medical School. Before moving to USC in 1996, Davies was Chairman of the Department of Biochemistry & Molecular Biology at the Albany Medical College, where he was also professor of Molecular Medicine. At USC, Davies serves as James E. Birren Professor and Dean of Faculty and Research at the Davis School, Director of the Ethel Percy Andrus Gerontology Center, and Director of the USC Free Radical Institute. He is also Professor of Molecular & Computational Biology in the USC Dornsife Department of Biological Sciences.

“I am deeply grateful to the wonderful mentors who helped guide me on the path of discovery; to the colleagues and collaborators who so expanded my horizons; and to the students, post-doctoral fellows, and senior scientists who have worked in my lab over the years, and to whom this honour really belongs,” Davies said. “I hope to be an active member of the Academy and to give back at least some of what was given to me.”

Deeply involved in research into free radicals, oxidative stress, redox regulation, and aging, Davies is the (founding) editor-in-chief of the field’s premier scientific journal, Free Radical Biology & Medicine. He pioneered the study of protein oxidation and proteolysis during oxidative stress and gene expression during stress adaptation and uncovered the role of free radicals in mitochondrial adaptation to exercise. He also discovered the mechanism by which an entire class of chemotherapeutic drugs functions in the body and discovered five stress genes including RCAN1, which regulates calcineurin and whose misregulation contributes to Alzheimer’s disease, Down syndrome, and Huntington’s disease.

Davies pioneered the study of adaptive changes in gene expression that enable us to cope with fluctuating levels of stressors, such as free radicals, photo-oxidative stress, ionizing radiation, environmental pollutants, and dietary toxins, by increasing levels of protective enzymes. He developed the term, ‘Adaptive Homeostasis’ to describe our ability to increase (or decrease) our body’s range of defensive capacities through signal transduction pathways that control the expression of key genes for vital protective enzymes like the proteasome and the mitochondrial Lon protease. He demonstrated that impaired induction of the proteasome and the mitochondrial Lon protease genes contributes to senescence and severely diminished stress-resistance in aging. In particular, he has been defining the pathways and mechanisms by which adaptive homeostasis declines with age, predisposing the elderly to stress-related diseases and frailty.

Davies is past president of the Society for Free Radical Biology & Medicine and the International Society for Free Radical Research. He has been awarded seven honorary doctoral degrees and professorships from European, American, and Asian Universities. He has won numerous medals, prizes, distinguished/lifetime scientific achievement awards, and mentoring awards and has been elected a Fellow of eight national/international scientific societies including the Royal Institution, the Royal Society of Medicine, the Royal Society of Biology, and the Royal Society of Chemistry. Kelvin Davies was knighted as a Chevalier de l’Ordre National du Mérite de France (Knight of the National Order of Merit of France) in 2012 by French President Nicolas Sarkozy for his services to science, humanity, and international cooperation.

In his letter to Davies, Academia Europaea President and Professor of Utrecht University in the Netherlands Sierd Cloetingh wrote, “Election to the Academia Europaea is a personal honor that is a distinct recognition by international peers of personal excellence in scholarship within the European convocation of learned and professional scholars.”