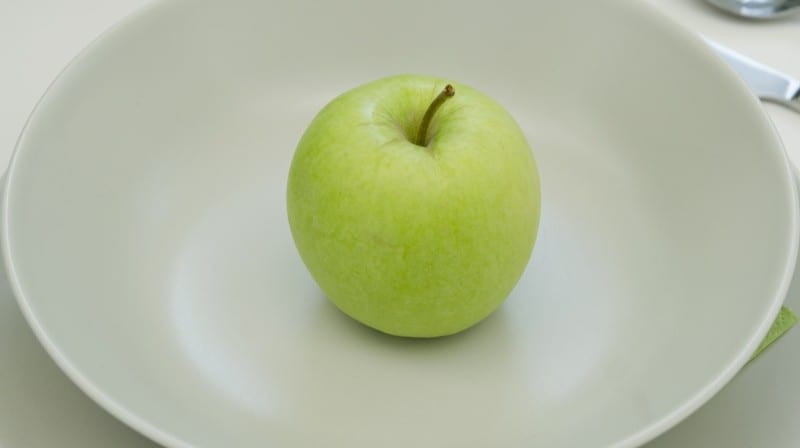 Evidence is mounting that a diet mimicking the effects of fasting has health benefits beyond weight loss, with a new USC-led study indicating that it may reduce symptoms of multiple sclerosis.

Scientists discovered that the diet triggers a death-and-life process for cells that appears critical for the body’s repair.

“During the fasting-mimicking diet, cortisone is produced and that initiates a killing of autoimmune cells,” said Valter Longo, the study’s lead author and professor who directs the USC Longevity Institute at the Davis School of Gerontology. “This process also leads to the production of new healthy cells.”

The new study, published in the journal Cell Reports, included mice and human patients who have multiple sclerosis, a neurological disease which affects an estimated 350,000 Americans, according to the National Institute of Neurological Disorders and Stroke.

These latest findings follow studies by the same USC lab that showed cycles of a similar but shorter fasting-mimicking diet, when paired with drug treatments for cancer, protect normal cells while weakening cancerous ones. In a separate study published last year, the lab found that the diet can cut visceral belly fat and reduce markers of aging and diseases in mice and humans.

“We started thinking: If it kills a lot of immune cells and turns on the stem cells, is it possible that maybe it will kill the bad ones and then generate new good ones?” Longo said. “That’s why we started this study.”

For the first part of the study, researchers put a group of mice with autoimmune disease on a fasting-mimicking diet for three days, every seven days for three cycles, with a control group on a standard diet for comparison. Results showed that the fasting-mimicking diet reduced disease symptoms in all the mice, and “caused complete recovery for 20 percent of the animals,” the researchers wrote.

Testing the mice, the researchers found reductions in symptoms attributed to health improvements such as increased levels of the steroid hormone corticosterone, which is released by the adrenal glands to control metabolism. They also saw a reduction in the inflammation-causing cytokines – proteins which order other cells to repair sites of trauma, infection or other pain.

They also saw improvements in the white blood “T cells,” responsible for immunity.

Finally, the researchers found that the fasting-mimicking diet promotes regeneration of the myelin – the sheath of proteins and fats that insulate nerve fibers in the spine and brain – that was damaged by the autoimmunity.

Myelin is critical for the conduction of nerve impulses through the nervous system. In patients with multiple sclerosis, malfunctioning T cells attack the myelin and damage nerve fibers. Interfering with that degeneration while also promoting regeneration is critical for slowing the disease’s development, which is what the periodic, regular fasts appear to trigger.

“On the one hand, this fasting-mimicking diet kills bad immune cells,” Longo said. “Then, after the mice return to the normal diet, the good immune cells but also the myelin-producing cells are generated, allowing a percentage of mice to reach a disease-free state.”

The researchers also checked the safety and potential efficacy of the diet on people who have multiple sclerosis through a pilot trial with 60 participants with the disease, lead by Markus Bock at Charité University Hospital in Berlin.

Eighteen patients were placed on the fasting-mimicking diet for a seven day cycle and then placed on a Mediterranean diet for 6 months. Also for six months, 12 participants were on a controlled diet, and 18 others were on a ketogenic diet (a high-fat diet).

Those who received a fasting mimicking diet cycle followed by the Mediterranean diet and those on a ketogenic diet reported improvements in their quality of life, improvements in health, including physical and mental health.

The researchers noted that the study is limited because it did not test whether the Mediterranean diet alone would cause improvements, nor did it involve a functional MRI or immune function analysis.

Longo said the findings beg further investigation. Researchers should determine whether fasting-mimicking diet could help patients with other autoimmune diseases, and they should test the diet’s efficacy in larger clinical trials.

Longo said he has heard positive feedback from patients with disorders who tried the diet.

“We are optimistic,” Longo said. “What we don’t want is patients trying to do this at home without involvement of their specialist or without understanding that larger trials are necessary to confirm that the diet, as a treatment, is effective against multiple sclerosis or other autoimmunities.”

The study co-authors were In Young Choi, Sebastian Brandhorst, Jorge Suarez, and Todd Morgan, and Min Wei, all of the USC Leonard Davis School; Patra Childress of the Keck School of Medicine at USC; Arko Ghosh of the USC Dornsife College of Letters, Arts and Sciences; Andreas Michalsen, Friedemann Paul and Markus Bock of Charité University Medicine Berlin; and Laura Piccio, Bryan Bollman and Anne Cross of Washington University School of Medicine.