Home » Turmeric: A Trend with Benefits? 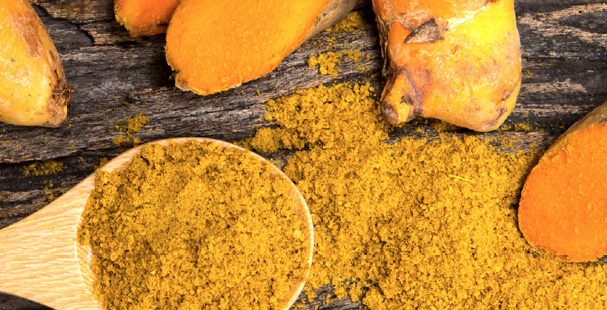 After centuries as a culinary and medicinal staple in India, Africa and parts of Asia, turmeric is having a moment here in the United States. This deep-yellow member of the ginger family topped the 2016 Google 2016 Food Trends list of rising stars –  beating out cauliflower rice, vegan doughnuts and even Funfetti.

With claims that it might cure Alzheimer’s disease, cancer and a host of modern ailments, turmeric is also the spicy subject of much scientific study.

Eliot Eunchung Kwon, a master’s student in the USC Leonard Davis School’s Nutrition, Healthspan and Longevity program, recently reviewed research on this ancient antidote. Her report, published in the November issue of Vegetarian Nutrition Update, a peer-reviewed publication of the Academy of Nutrition and Dietetics, explores the promise and pitfalls of this perennial plant.

Here is some of what she learned:

The Key is in the Color

Curcumin is the substance that gives turmeric its golden color. It is also believed to be a crucial component in its therapeutic potential for treating a range of conditions including arthritis, inflammatory bowel disease, Alzheimer’s disease and cancer.

Although studies have shown that curcumin has promise for treating and preventing diseases, it is difficult for the body to absorb. This, says Kwon, has been a major obstacle in achieving clinical effects.  Some studies show that an ingesting an ingredient in black pepper helps with curcumin absorption. Another says adding fatty foods like olive oil, avocado and milk might work too.

Clinical trials report curcumin is safe and without major adverse side effects, even at high doses. Some studies showed healthy people could tolerate up to 12 grams of curcumin (a tablespoon of turmeric contains .136 grams) but others report that high doses or long term use can cause indigestion, nausea or diarrhea. Another study says it can exacerbate gallbladder disease and advises that anyone with gallbladder problems should avoid using turmeric or curcumin as supplement.

Curcumin has not been approved for the treatment of human diseases and there are no clear dosage recommendations. Kwon says further studies and clinical trials will provide a starting point for using turmeric in disease treatment and prevention. In the meantime, she recommends drinking all this in over a cup of turmeric tea – with a pinch of pepper, of course.