Home » People with growth-stunting gene have a sharper memory 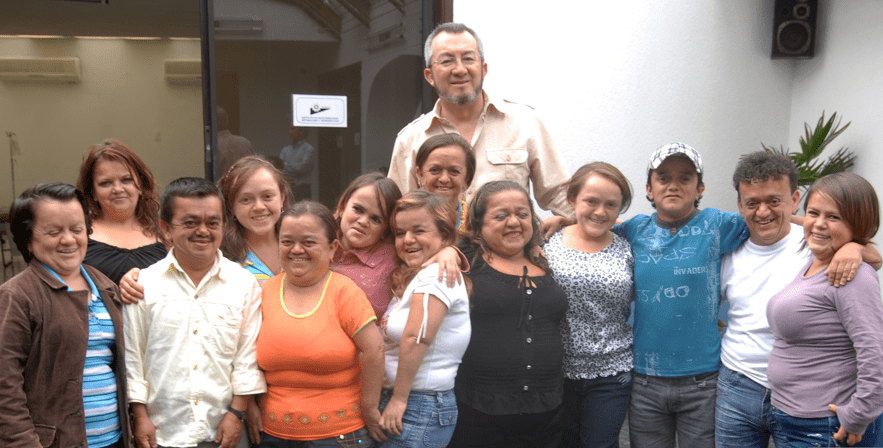 Ecuadorians who have a rare, growth-stunting gene do not appear to experience memory loss to the same degree as other people, according to a new study.

“This genetic mutation, Laron syndrome, seems to be protective against age-dependent cognitive decline,” said senior corresponding author Valter Longo, a biogerontologist at the USC Leonard Davis School of Gerontology. “We have been able to observe only a handful of them in their 80s and 90s, but neither my Ecuadorian collaborator Jaime Guevara-Aguirre nor I have ever seen a case of Alzheimer’s in these people, and we believe this extends to dementia.”

The study, published in The Journal of Neuroscience, is the latest in a series by Longo and Guevara-Aguirre, an Ecuadorian endocrinologist, who are examining the health and aging of Laron syndrome. The rare genetic mutation, a type of dwarfism, was identified in a group of Ecuadorians whose ancestors had fled Spain during the Inquisition more than three centuries ago. The mutation leaves them without a growth hormone receptor – and consequently they are short in stature.

A condition with health advantages

The Ecuadorians with Laron syndrome who consented to take part in these studies are among an estimated 350 people in the world who have the mutation, according to the National Institutes of Health. Longo, who directs the Longevity Institute at the USC Leonard Davis School, said that they are the descendants of people who fled the Spanish Inquisition to live in Ecuador.

Over the course of 12 years of research, Longo and Guevara-Aguirre have found that while Laron syndrome stunts their growth, it also appears to stunt several age-related diseases. Although the Ecuadorians with Laron syndrome are obese, they have a reduced risk of cancer and Type 2 diabetes. Scientists found that mice with the same genetic mutation also live longer lives than average and are protected from cancer, diabetes and age-dependent cognitive decline.

However, it is not yet known whether Laron syndrome extends longevity in humans.

For this study, Longo and Guevara-Aguirre led a team that compared the brain scans of 13 young and middle-aged Ecuadorians who have Laron syndrome with the brain scans of 12 of their relatives who do not have the mutation. The average age was 39. The scientists compared characteristics such as brain thickness and differences in the brain’s white matter (responsible for memory).

The research team, which included Kaoru Nashiro and Meredith Braskie, also tracked brain activity through a performance test in which the Ecuadorians were shown pictures that they would identify either as one that they had viewed earlier in the test, a new one or the same as another they had just seen.

The scientists accounted for age, brain volume, education and sex to ensure that those factors did not bias the results. The research was conducted at the USC Dornsife Neuroimaging Center.

The brains of the two groups of Ecuadorians did not appear to be significantly different in thickness, but those with Laron syndrome had slightly greater plasticity and produced the right answers on the performance test more often than their relatives. The scientists also noted that the brains of those with Laron syndrome were more active in the “default mode network” when at rest.

Research has demonstrated that this network’s activity is an indicator of brain health.

The older adults in the study who had Laron syndrome were as successful in providing correct answers as the younger adults who participated in the study, the scientists wrote.

In addition, the Ecuadorians with Laron syndrome “showed better memory performance than their unaffected relatives,” the scientists wrote. Their findings indicated that the lack of growth hormone receptor could protect against age-related decline and possibly neurodegenerative diseases.

Longo said the next step is to study whether the Ecuadorians who have Laron syndrome are less likely to have cardiovascular disease.

For the study, Longo disclosed that he has an interest in DSR Pharmaceuticals, which is developing longevity drugs.

The study was funded by grants from the National Institutes of Health.