Home » How One Student is Bringing Gerontology Home 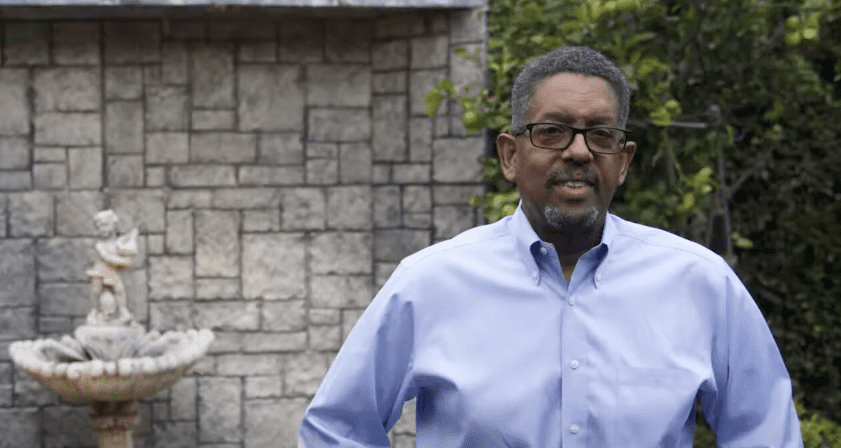 Before he replaced the wall-to-wall carpeting with wood floors in 89-year-old widower Irving Anderson’s Hancock Park home, Leon Watts III took pictures. He captured the location of every piece of furniture in the house and recorded the placement of each of Anderson’s late wife’s collection of miniature enamel boxes so he could put them back in the exact same place.

“With older clients it is important to make sure that changes are not more disruptive than they need to be,” said Watts. “You want to make sure to maintain the familiar and sentimental things that bring them comfort.”

It is this attention to detail that makes Watts a sought-after specialist to oversee home renovation projects. After serving in the U. S. Air Force and studying public administration at USC, he started his company, Guardian Home Services, in 1979 to offer busy executive-level homeowners concierge services for home maintenance and other personal needs. Anderson initially hired him as a manager to oversee general construction jobs.

As Anderson and his other clients grew older, Watts stepped in to handle age-friendly home modifications, pulling up carpeting to prevent tripping, adding bathroom grab bars to create stability and widening doorways to allow better access. As a longtime trusted presence—he calls himself a personal advocate—in their lives, Watts is even enlisted to help with banking issues, cable bills, grocery shopping, doctor’s appointments and family disputes.

At the age of 63, Watts enrolled in the USC Leonard Davis School of Gerontology, home of the nationally recognized Fall Prevention Center of Excellence, to earn his master of arts degree in gerontology.

“As I got more involved in helping my clients with their lives, I could see that I needed a little more academic research support to go along with my experience,” he said. “Getting my degree in gerontology has also helped me see gaps that need to be addressed and how to fill those gaps. And now that I am older, it is helping me understand what I need to plan for down the line.”

Like a reported 87 percent of seniors, Anderson wants to stay in his home as long as possible. More than 30 years after they started working together, Watts recently convinced him to replace his original porcelain tub with a state-of-the art walk-in version to make bathing easier and safer.

Watts graduates in May, 41 years after earning his bachelor’s degree at USC. He’d like to combine his wisdom gleaned from the field and the classroom and expand the scope of his business to one where he can advise agencies on policies and best practices to make communities safer for seniors.

Anderson says that Watts’ assistance in so many small ways has added up to make a big impact on his life. He believes Watts’ degree in gerontology and hands-on experience can benefit many more people.

“When we encounter the time of need, he can foresee it and he is there to either stand behind us or represent us,” he said. “I think there is a time in life everyone should have a personal advocate.”