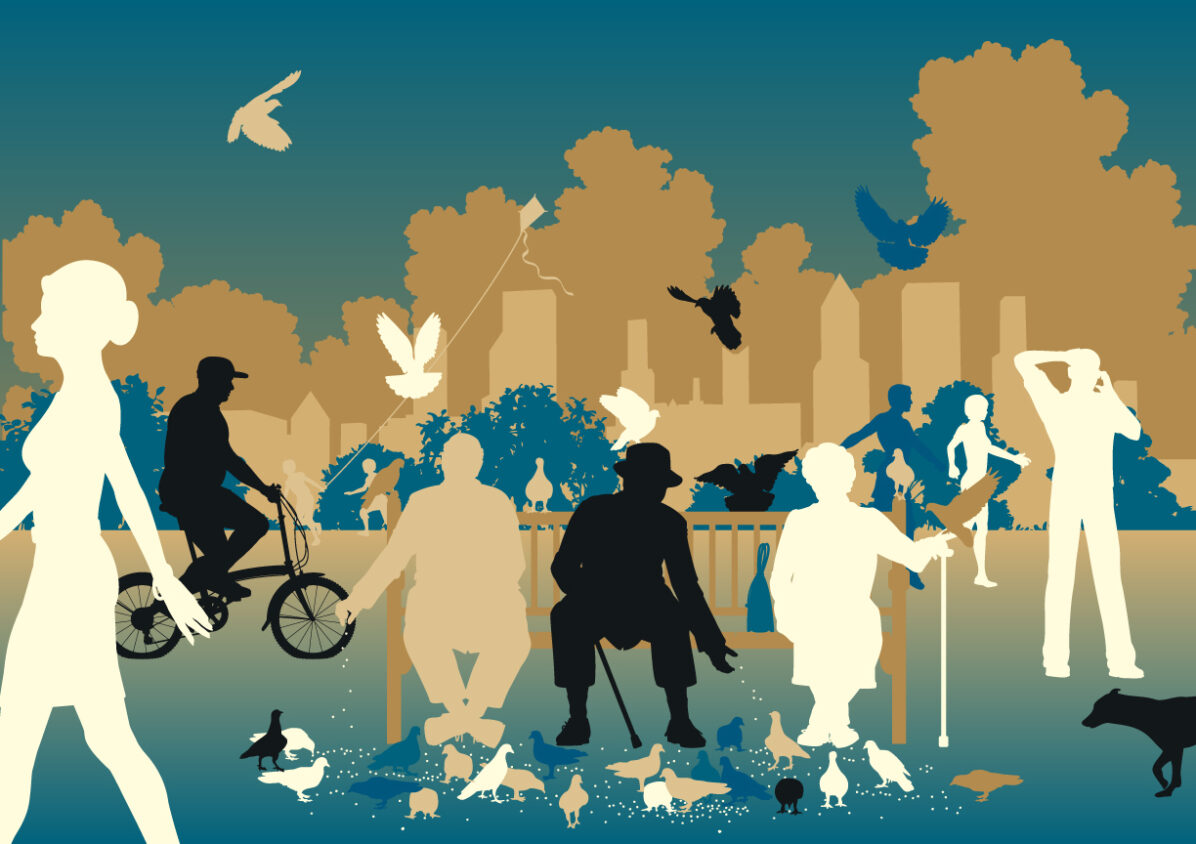 USC and Los Angeles experts discussed the ways the environment shapes aging, the remarkable progress made in improving Los Angeles’ social and physical environment and the region’s ambitious goals for supporting an aging populace during the USC Leonard Davis School of Gerontology’s annual What’s Hot in Aging Research symposium on April 19.

One such USC Leonard Davis School alumna is Laura Trejo ’82, MSG/MPA ’87, General Manager for the City of Los Angeles’ Department of Aging. During the symposium, she gave a presentation about the Purposeful Aging Los Angeles initiative, a partnership between the city and county of Los Angeles, AARP, USC and several other organizations designed to make the region the most age-friendly in the world. The multifaceted, years-long effort will address challenges affecting the older adults, from access to health services and transportation to employment, civic participation and community support, she said. She added that mayors in 25 of the 88 cities within Los Angeles County, including Los Angeles Mayor Eric Garcetti, had already joined the initiative.

“There is tremendous need, but there are also tremendous opportunities to make a difference in the lives of older adults,” Trejo said.

USC Leonard Davis Instructional Assistant Professor Caroline Cicero presented an overview of population aging in Los Angeles, noting that by 2030, one in five Americans will be over 65, with the number of Los Angeles residents over 65 growing to more than 1 million. One fourth of Angelenos over 65 currently live alone, and due to the high cost of housing, “more than 200,000 older adults are at risk of homelessness” should a financial emergency strike, Cicero said.

USC Suzanne Dworak-Peck School of Social Work Research Assistant Professor Donald Lloyd also spoke about the unique challenges facing the L.A. region due to an aging population. Noting that the ratio of working adults to retirees—which is currently 6 to 1 but will shrink to 3 to 1 by 2036—has an important impact on the region’s economy, he said that careful service planning and changes to the policy environment will be crucial.

USC Leonard Davis School PhD in Gerontology students Stephen Frochen and Catherine Perez each spoke about neighborhoods environments in Los Angeles. Frochen discussed how a 2006 zoning law change allowed for more elder care facilities to be built in aging “hot spots” throughout Los Angeles, including in the central city area, while Perez shared research on how racial disparities in education level and social cohesion—the feeling that one’s neighbors can be trusted and can provide help in a crisis—vary between advantaged and disadvantaged neighborhoods.

Technology advances—from telehealth services and virtual reality to self-driving cars, assistive robotics and everything in between—could help address some of these challenges facing older Angelenos, including social isolation and home safety, said USC Leonard Davis Instructional Assistant Professor Aaron Hagedorn. In addition, technology can help to “extend cognitive function” by providing more opportunities to talk with others and engage in problem-solving tasks, he added.

Assistant Professor Jennifer Ailshire, one of the event’s organizers, spoke about neighborhoods in a public health context—specifically, who is being affected by increasing numbers of shingles cases and the factors needed to increase shingles vaccinations.

“One in three people will get shingles, and the numbers are rising,” Ailshire said.

The painful skin disease, caused by a reactivation of the virus that causes chickenpox, heavily impacts older adults; currently, whites are more likely than members of racial minority groups to be diagnosed with shingles, and higher levels of education and income are also correlated with a diagnosis. These numbers could be due to differences in health care access, Ailshire said, and may indicate a need for more education about shingles and its vaccine, which can prevent or reduce the severity of shingles cases.

During the symposium, several researchers illustrated the risk posed by a ubiquitous environmental threat in Los Angeles: smog.

University Professor Caleb Finch and Research Professor Henry Forman gave a joint presentation on the similar threats to health posed by fossil fuel smog and tobacco smoke. These “mal-convergent smokes,” as Finch has termed them, appear to accelerate aging; Forman described how the two pollutants share many of the same chemicals and cause similar inflammatory responses. Studies, including several published by USC researchers, have now linked both pollutants to increased risks for diseases of aging.

“Alzheimer’s and atherosclerosis share inflammatory mechanisms… both are affected by air pollution and smoking,” Finch said.

Saenz discussed the risks posed by a different source of air pollution: indoor pollution caused by burning wood or other solid fuels for cooking or heating. Such pollution was linked to approximately 4.3 million deaths worldwide in 2012, and studies of rural households in Mexico indicate that indoor pollution may lead to cognitive problems, he said.

Keck School of Medicine of USC Assistant Professor Scott Fruin provided an overview of air pollution in Los Angeles. Though levels of PM 2.5—pollution made up of fine particulate matter that can penetrate deeply into the body—are still not ideal in the city, Los Angeles has made incredible changes in recent decades through the use of environmental policy, he said.

“There’s still work to be done to meet federal standards, but L.A. has made great progress on air quality since the ‘40s and ‘50s,” he said, displaying historical photos that showcased the high levels of pollution present during the middle of the 20th century.

One part of L.A.’s dramatic improvement in air quality was the reduction in emissions coming from the Port of Los Angeles. Geraldine Knatz, professor in the USC Sol Price School of Public Policy and the Viterbi School of Engineering, was executive director of the port from 2006 to 2014, during which she oversaw an ambitious and aggressive plan to lower pollution generated by the port, including diesel particulate matter and greenhouse gases.

“We were able to reduce the port’s air emissions by over 70 percent in five years,” Knatz said, adding that the Port of Los Angeles’ effort sparked the World Port Climate Initiative, which includes ports from major cities all over the world working to make similarly dramatic reductions in pollution.