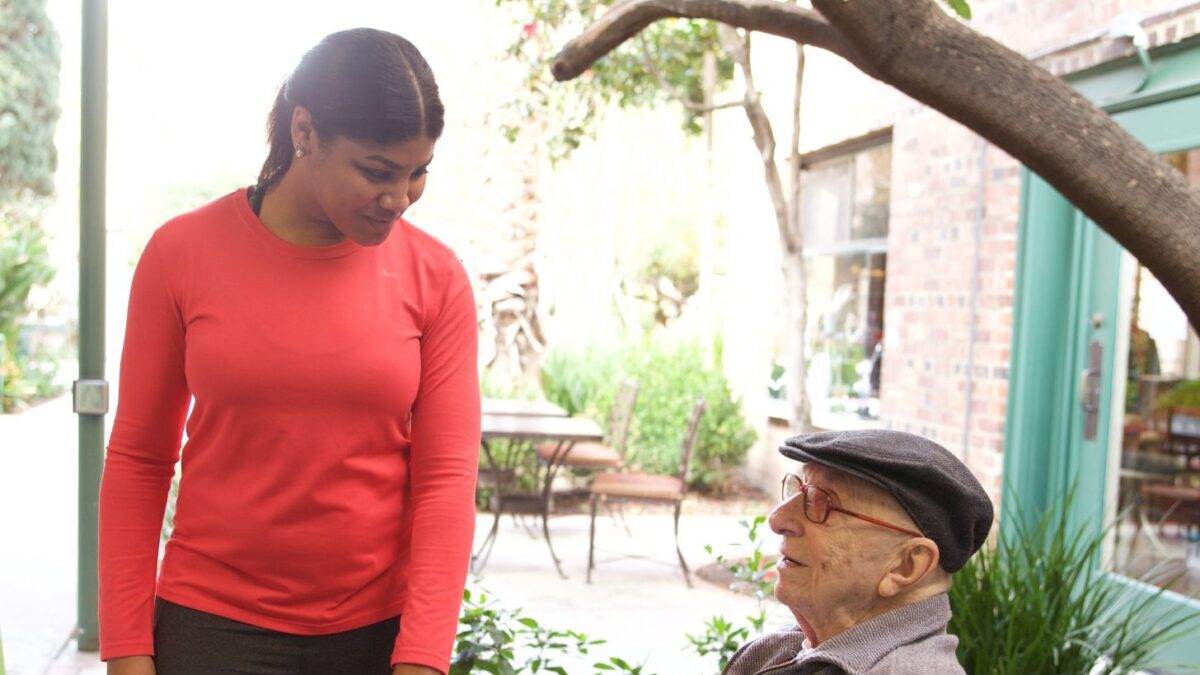 On a clear day, the view from the rooftop patio of Kingsley Manor extends from the Pacific Ocean to beyond the downtown skyline. The ivy-covered brick walls of this four-acre Hollywood estate hold a gym, a movie theater and an elegant dining room that serves three hot meals a day. This regal residence is an unlikely location for free student housing, particularly since it is a retirement community.

In a pioneering collaboration with the USC Leonard Davis School that began in 1984, at least 60 USC Leonard Davis students have called Kingsley Manor home, earning room and board in exchange for two days of service each week. They teach yoga and languages, lead group game sessions and art classes and provide smiles and support when needed.

“It is good to have youth around,” said 85-year-old Barbara Rosenbaum.

Studies suggest that she is right; intergenerational programs have been linked to stabilizing cognitive decline, improving moods and decreasing pain. In addition, participation in social activities, like those the students lead, has been credited with improving seniors’ physical and mental health.

The students benefit too. They say having seniors as roommates has brought them wisdom, friendships and daily reminders that abilities, not disabilities, should define older adults. This is a lesson that student Yuting Guan learned when a woman who could not see well requested some computer assistance.

“It turned out she knew more than me,” she said of the resident who ran two websites and had worked as a technology expert. “She taught me to connect the hard drive and told me which programs to quit.”

A few similar residential programs have recently begun in places like Ohio, Spain and the Netherlands, but Kingsley Manor’s is believed to be the only one specifically for gerontology students and is designed to help train future leaders in the field.

Shaun Rushforth MS ’08 is one of those leaders. He lived in Kingsley Manor a decade ago and is now the executive director. He says his experience as a resident makes him a more empathic administrator.