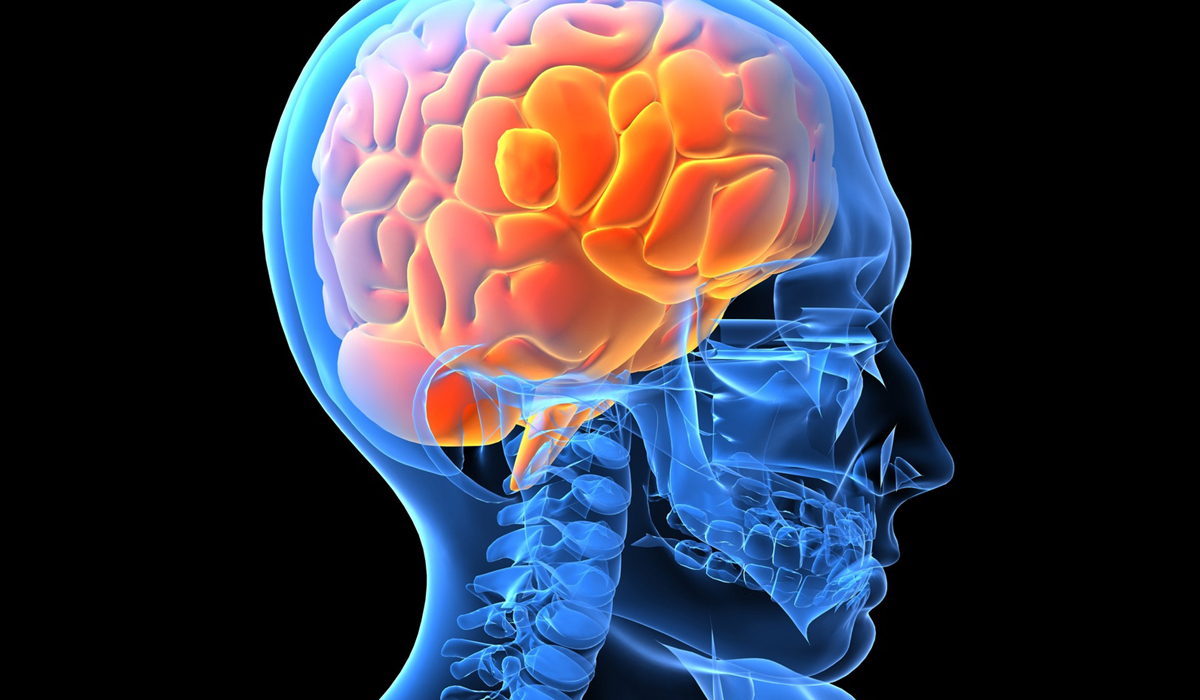 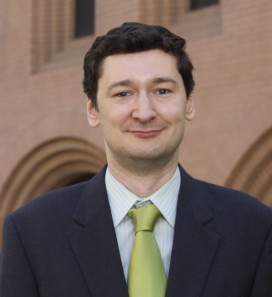 Following a traumatic brain injury, when do the first indications of possible long-term complications—including dementia—appear, and is it possible to stave them off?

Until just 10 to 15 years ago, the complex issue of traumatic brain injury (TBI) and its lasting impact received limited research focus, says Andrei Irimia, an assistant professor at the USC Leonard Davis School of Gerontology who works to understand the still relatively unpredictable problem. He employs sophisticated neuroimaging techniques to understand the effects of brain injuries and improve the quality of life of sufferers, especially older adults.

Older adults face particularly high risks from TBI, Irimia says; it’s more common in older adults than any other age group except for infants. A brain injury is also most likely to result in death when it affects a person over the age of 65, with falls being the most common cause for TBI in older adults.

Other research shows that insults to the brain can contribute to neurodegeneration but affect individuals differently at different ages, with older people often needing more challenging treatment and not being able to recover as much as younger people, he adds.

In addition, current research indicates that even when the brain injury happens in young adulthood, there is an increased risk for neurological and psychological problems decades later when the patient becomes an older adult. Compounding the issue is the risk of stroke, which primarily affects older people but involves many of the same injury-related phenomena as TBI. Irimia says the older adult population has been relatively neglected in regard to brain injury research, and individuals over 65 often need different and more challenging treatment.

“Aging with a TBI is very poorly understood,” he says.

A personalized approach to brain bleeds

A five-year R01 grant from the National Institute of Neurological Disorders and Stroke totaling more than $1.5 million will support one facet of Irimia’s brain injury research through 2021. The project will examine the effects and prognoses of small bleeds, or microhemorrhages, in the brain following traumatic brain injury in older adults.

“We want to understand whether these microhemorrhages are benign or whether they can cause serious problems for patients down the line,” Irimia says.

The grant is an unusual achievement for someone at as early a point in their career as Irimia; only 2 percent of R01 grants go to researchers under the age of 35. Irimia says the grant reflects not only the increase in attention paid to the topic of brain injury itself but also the NIH’s interest in supporting precision medicine research; TBI is a challenge that demands a personalized approach, he explains.

“No two TBIs are the same; they vary from patient to patient,” he says. “It’s difficult to study at the population level.” 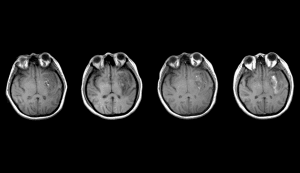 Brain scans taken 1, 2, 7, and 12 days (left to right) after a traumatic brain injury show how an injury, seen here in the right half of the brain, can continue to develop and worsen for weeks after the initial trauma (click to enlarge image).

Despite the extreme variability of TBI, Irimia hopes to discover widely applicable insights for diagnosing and treating brain injuries early as part of a collaboration formed during a unique new data science mentorship program.

The Data Science Rotations for Advancing Discovery program, or RoAD-Trip, facilitates partnerships between a junior biomedical scientist and a senior data scientist and funds two-week scientific rotations, during which the two researchers work together on a focused joint project involving the application of data science to biomedical research. The program is administered by the National Institutes of Health Big Data to Knowledge (BD2K) Training Coordinating Center.

Irimia has been collaborating with neuroinformatics expert David Kennedy, professor of psychiatry at the University of Massachusetts Medical School. Kennedy has been training him to apply data science, cloud computing and machine learning techniques to his neuroimaging work in hopes of identifying abnormal patterns in brain activity that indicate possible future complications of TBI. The two have also been collaborating with Nanshu Lu, an assistant professor of aerospace engineering and engineering mechanics at the University of Texas at Austin, who studies the potential of wearable wireless sensors—akin to electronic stickers or temporary tattoos—that could one day provide constant brain activity data to physicians even when a patient is recovering at home.

The team’s eventual goal is to give physicians the ability to send mild TBI patients home after an emergency room visit while still monitoring them remotely via easy-to-wear sensors, instead of either keeping an otherwise symptomless patient in the hospital for scans or running the risk of not catching a TBI complication early enough. The sensors would transmit brain activity data to the computing cloud, which would analyze the patterns and alert the patient and medical team if abnormal brain activity is sensed, Irimia says.

The potential for remote monitoring and early intervention will be especially important for the older adult population, he adds. As the percentage of the population over age 65 gets higher, TBI cases are increasing, and many of those seniors live alone and don’t have someone who could report complications due to TBI early enough for potential treatments to be effective.

“About 80 percent of TBIs are mild, and the patient’s brain scan in the hospital won’t necessarily reflect the injury’s true severity. However, patients can develop complications even weeks after their release, and by the time a neurological or psychological problem reveals itself in behavior or personality changes, it may be too late to fully treat it,” he explains. “Right now, we have no way to monitor someone unless they are in a hospital and wired up. If we had a way for clinicians to remotely observe patients after their discharge and spot brain activity abnormalities as soon as they first occur, patients could undergo treatment earlier and the risk for serious problems could be reduced.”