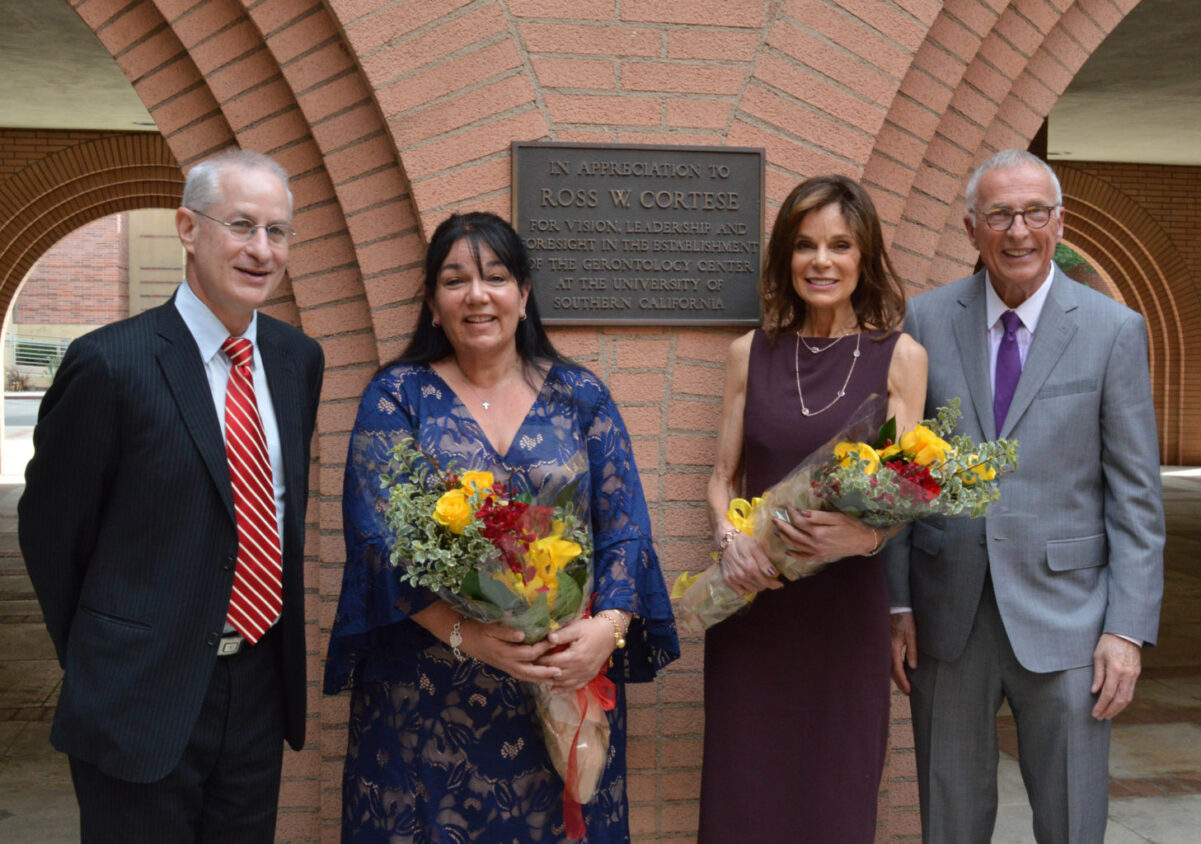 Ross W. Cortese, a former fruit seller-turned real estate developer, is remembered as a builder who helped shape the future of retirement living and education by laying foundations for Leisure World and the USC Leonard Davis School of Gerontology.

His daughter Heidi Cortese recalls the signature brick wall her father erected outside his Rossmoor planned community and how his continued innovations set the standard for the way tens of thousands of seniors now live across the United States.

“My dad always emphasized bringing in something extra that could stand the test of time,” said Heidi Cortese, CEO and chairman of RCC, Inc. “The intention of Leisure World was to create a community capable of adapting to the nuances of residents, where yoga and tai chi could go along with golf.”

In addition to creating Leisure World, the senior Cortese is credited with the concept of the model home and for conducting surveys to learn about residents’ needs and preferences. In fact, it was his desire for data about older adults that helped bring about the USC Leonard Davis School of Gerontology.

Known as the oldest and largest institution of its kind, the USC Leonard Davis School of Gerontology traces its origins to Cortese’s 1964 gift to establish the Rossmoor-Cortese Institute for the Study of Retirement and Aging at USC.

“That gift was instrumental in attracting the leading expert in aging at that time, Dr. James Birren,” said Leonard Davis School Dean Emeritus and Professor Edward L. Schneider. “The recruitment of Dr. Birren led to the gift from AARP that built the Andrus Gerontology Center which in turn led Leonard Davis to endow our school.”

Despite his having to drop out of school, her father’s support of scholarship is no surprise to his second daughter Jade Cortese, who herself became a teacher.

“My father did not have a formal education, but he believed it is a must,” she said.

The two sisters recently gathered in the Leonard Davis School courtyard, along with Ross Cortese’s grandchildren and Dean Cohen and Dean Emeritus Schneider, to unveil a plaque recognizing their father’s vision, leadership and foresight. It is installed on a brick wall outside the school, a symbolic tribute to all he helped build.