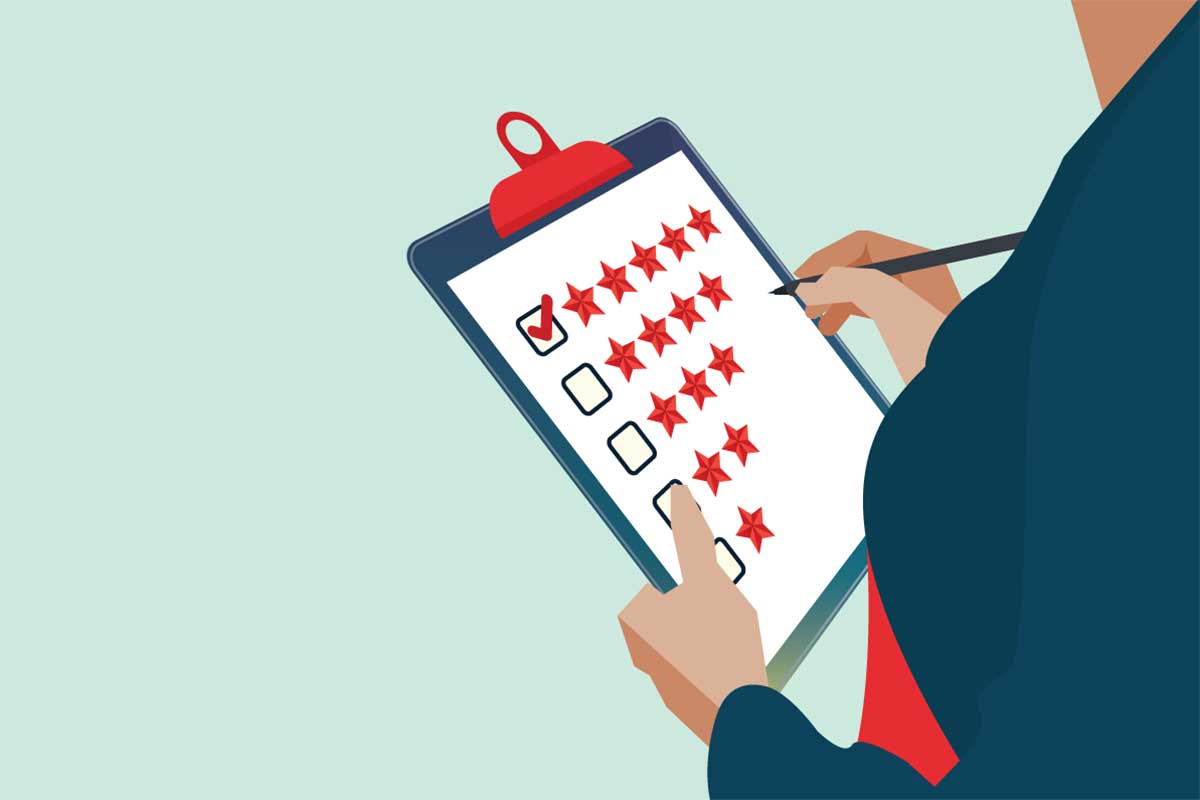 “Yelp reviewers are looking at different aspects of care than the government reviews,” said Anna Rahman, a corresponding author and assistant research professor at the USC Leonard Davis School of Gerontology. “People want to know: How homey is it? How nice is it inside?”

Rahman and a team of six other researchers evaluated 264 Yelp reviews of California facilities and grouped them into five categories: the quality of staff care and staffing, physical building and setting, resident safety and security, clinical care quality and financial issues.

The study was published on April 20 in the journal The Gerontologist.

Last November, Rahman and a team of researchers published a study in BMJ Quality and Safety that showed nursing home Yelp reviews tended to be more negative than those on the federal ratings website, Nursing Home Compare (NHC). Both sites use a five-star rating system, with one star the lowest rating and five stars as the best.

There are pros and cons to each rating system. Recent news reports and studies suggest some nursing homes game the government system, receiving multiple stars regardless of citations or staffing levels. Yelp, on the other hand, is sometimes criticized for fake reviews and ratings.

“It is hard to tell if the NHC system has been gamed,” Rahman said. “You don’t feel qualified to judge. But everybody knows how to weed through the Yelp ratings.”

Valeria Cardenas, a study co-author and an incoming doctoral candidate at the USC Leonard Davis School, said that consumers are probably looking to determine how their loved ones will be treated.

“I would be worried if there was a review that said that the staff isn’t responsive or they didn’t take care of my father when he had rung the bell,” said Cardenas.

For the study, the USC Davis School research team used data collected in 2014 by the California Office of Statewide Health Planning and Development. The researchers drew a geographically dispersed sample of 51 skilled nursing facilities, small and large, that had been rated on both the federal site and Yelp. Small facilities had, on average, around 58 beds while large ones had about 116 beds.

The team’s research confirms prior studies showing that Yelp reviewers tend to focus on subjective experiences of health care, such as a reviewer’s personal assessment of staff attitudes, the physical setting or the cost of care.

The USC gerontologists noted that such aspects of nursing homes are not rated on the federal government’s Nursing Home Compare site. Instead, the federal site focuses on matters such as staffing levels, clinical issues such as infections, and the use of restraints for some patients.

What matters most? Their health

“Yelp is not focused on the clinical aspects of care, such as how often are staff turning residents with pressure sores, and did patients get their pneumonia shot or the flu shot,” Rahman said. “We found that what is most important clinically to Yelp reviewers is whether their loved one got better.”

Nearly 15 percent of the Yelp reviews mentioned whether their loved ones worsened or improved while at a particular nursing home.

“I would start with Yelp and then I would visit Centers for Medicare and Medicaid Services. On the government site, I would look through the inspection reports,” Zhu said. “I would focus on things like abuse and other health care deficiencies that are important to residents and caregivers.”

“With tech savvy millennials coming up behind their aging baby boomer parents, we can expect more families will increasingly check out these reviews before selecting a nursing home,” Rahman said. “Nursing homes that ignore Yelp or other online consumer reviews of their facility do so at their peril.”

Rahman said. “These guides may be overlooking the value of these increasingly popular information sources.”

The qualitative study received no special funding. Other co-authors were Susan Enguídanos, Kayla Johari, Caitlyn Kellogg and Katalina Vazquez — all from the USC Leonard Davis School.