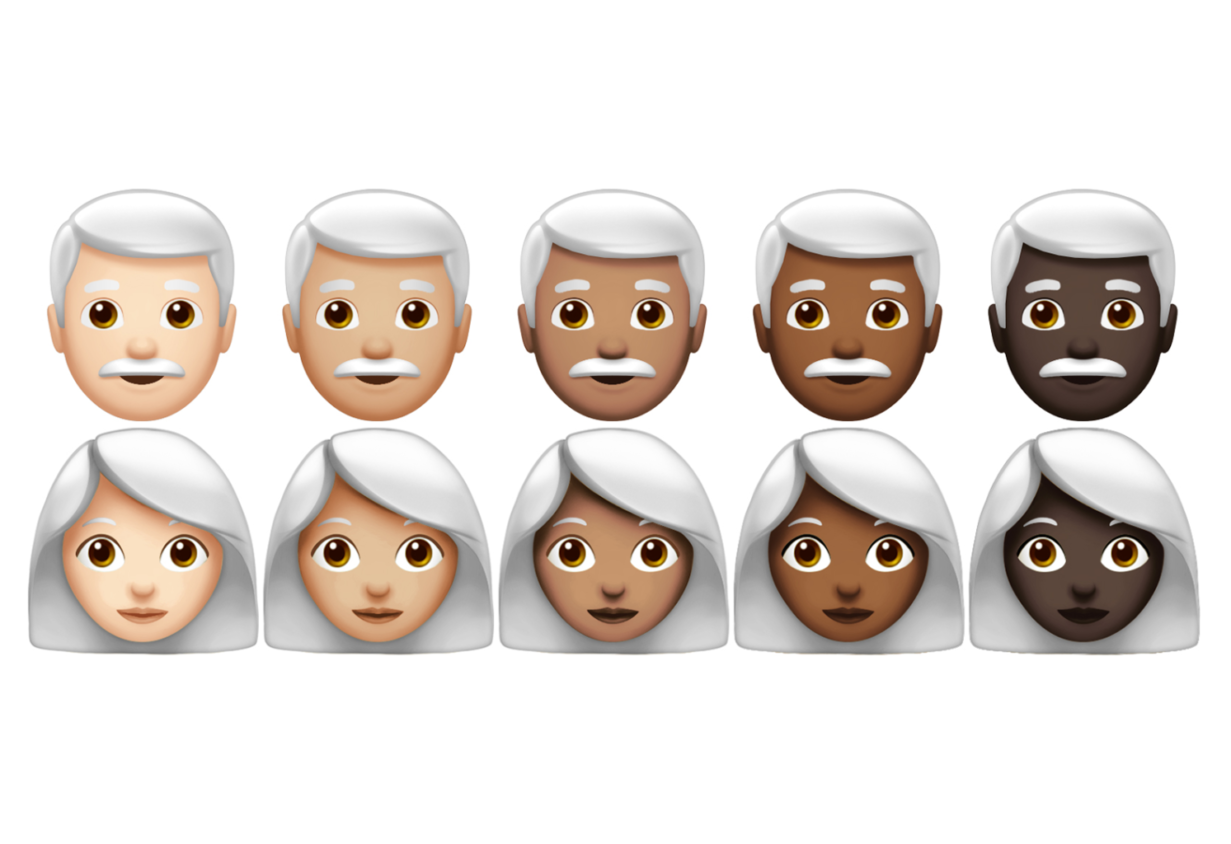 Happy World Emoji Day! On July 16th, Apple previewed new emojis due to be released later this year. Included in the emoticons are new hairstyles, one of the most notable being grey hair. Until now, Unicode, which sets the standards for emoji use, only incorporated grey hair in the “old man” and “old woman” emojis.

“Until now, we’ve had limited options for emojis reflecting older adults, and what has been available plays into stereotypes equating old age with frailty while ignoring the immense amount of heterogeneity in the aging experience,” says Jennifer Ailshire, an assistant professor of gerontology and sociology at the USC Leonard Davis School of Gerontology.

Although millennials make up the largest percentage of emoji users, older adults add them to their texts and emails, too. A recent survey of over 2,000 American adults found that “roughly 2 in 3 use visual expressions” such as emojis “to express their personality or emotions.”

Additionally, CNBC reported that “people over 65 years old are more likely than any other age group to say it is ‘always appropriate’ to send emojis to a direct manager, peer or subordinate,” referencing a 2015 Adobe survey.

Ailshire welcomes these new additions as an improved reflection of the vibrancy and diversity of the older adult population, emoji users or not.

“The new emojis look a lot more like the Baby Boomers I see as I go about my day,” says Ailshire.