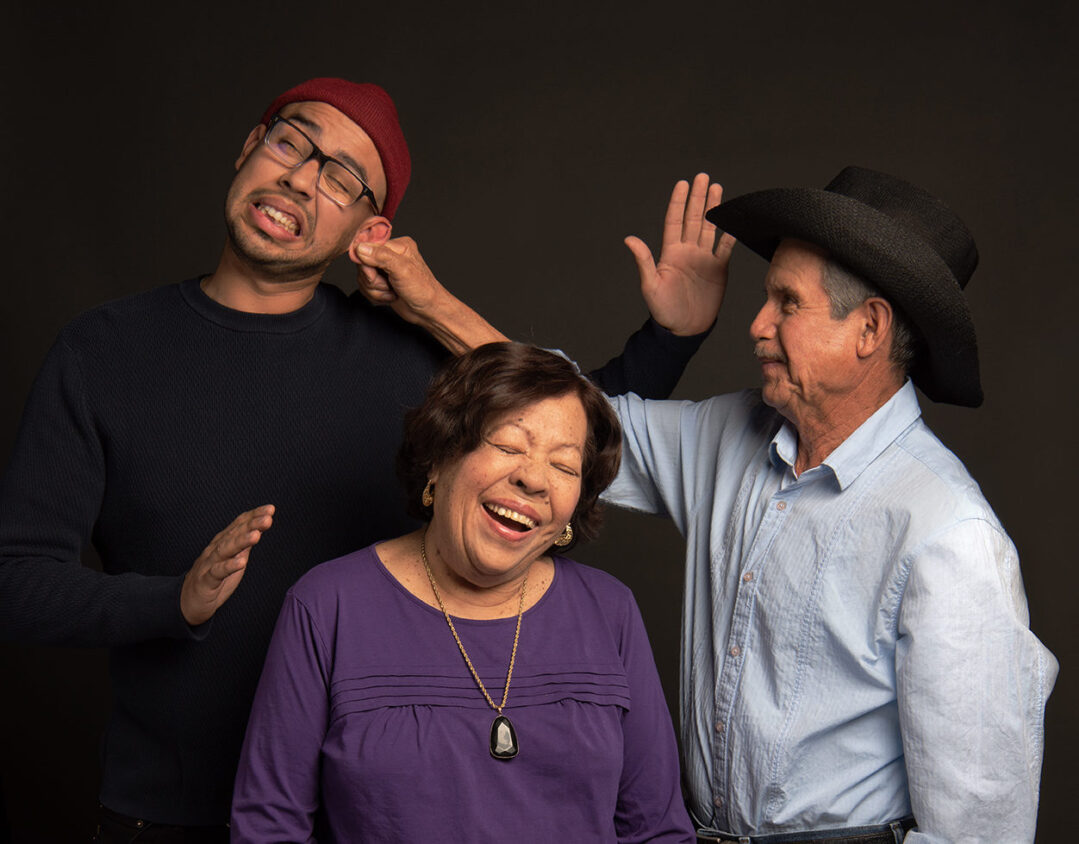 The USC Age-Friendly University Initiative hosts a campus screening of Care to Laugh, which follows stand-up comedian Jesus Trejo as he serves as the sole caregiver for his parents.

The trio are the subjects of Care to Laugh, a documentary that follows the younger Trejo as he strives to establish himself in the LA comedy scene while serving as the sole caregiver for his parents. He monitors his diabetic mom’s blood glucose levels before stepping on stage, mows lawns for dad’s gardening business between auditions, and brings them to out-of-town shows when they can’t stay home alone.

“My parents took care of me, and now I’m doing it for them,” said Trejo.

There are currently 40 million caregivers in the U.S., and 10 million of them are millennials like Trejo, according to Jeffrey Eagle, vice president of AARP Studios, which produced the film to shine a light on caregivers’ stories.

“We are trying to effect change,” Eagle said at a recent screening hosted by the USC Leonard Davis School of Gerontology and the USC School of Cinematic Arts as part of the USC Age-Friendly University initiative. 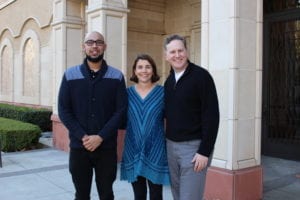 In a post-screening discussion moderated by USC Leonard Davis School Instructional Associate Professor Caroline Cicero, Trejo and Eagle touched on the challenges of caregiving, the importance of family, and the healing powers of laughter.

“I’m very lucky that I’m able to bring it on stage, so it almost seems like therapy,” Trejo said.

Through his humor and his honesty, he aims to help others as well.

“I hope people watch this and know they are not alone,” he said.