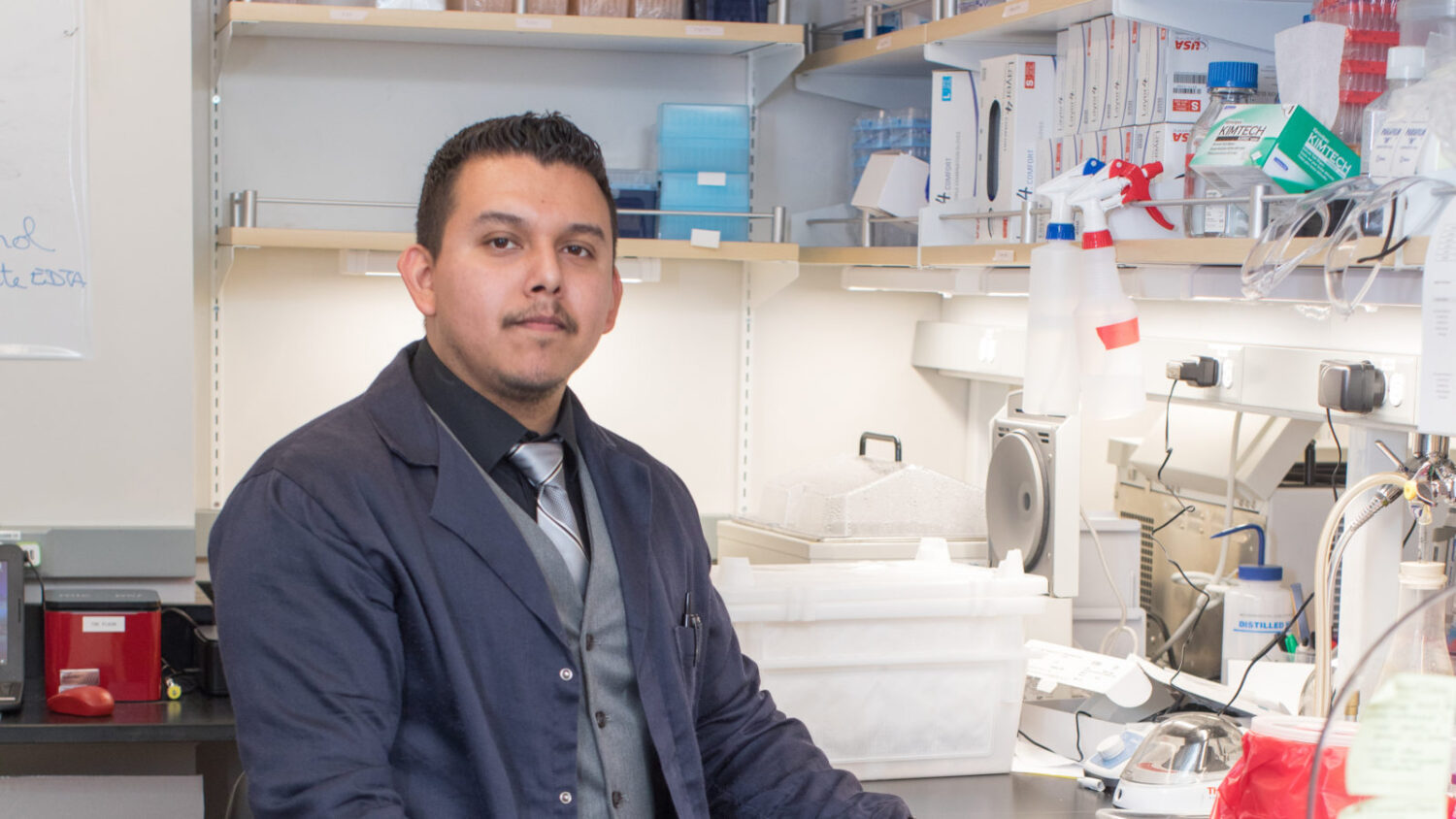 A Passion for Research Leads to Gerontology PhD

Home » A Passion for Research Leads to Gerontology PhD

As USC Biology of Aging PhD student Juan Bravo watched his own parents age, he realized he wanted to do something that would help other older adults cope with age-related illnesses.

Juan Bravo had earned his bachelor’s degree in molecular biology from Yale University when he began thinking about pursuing a second degree in gerontology. As he watched his own parents age, he realized he wanted to do something that would help other older adults cope with age-related illnesses.

The U.S. Census Bureau says that in just a few decades, Americans over the age of 65 will outnumber children for the first time in the nation’s history. So when it came time for Bravo to choose a school for his doctoral degree, the USC Leonard Davis School of Gerontology stood out as a collaborative and richly engaging school dedicated to understanding aging and cultivating leaders in biogerontology.

“In my experience, this type of community doesn’t exist in too many other places,” he says.  “You might see a lab or two that focuses on aging, but USC is one of the only places that has a community of researchers interested in understanding how aging works.”

USC’s unique doctoral program focuses on molecular, cellular, and regenerative medicine as well as the integrative biology of aging. It also brings together two world-renowned institutions: the USC Leonard Davis School of Gerontology and the Buck Institute for Research on Aging in Northern California.

The core of the Biology of Aging postgraduate degree at USC, the first of its kind, resides in its laboratories. That’s where faculty provide first-year students an overview of gerontology research topics and techniques to set the foundation for their own work.

“USC has really broadened my horizons,” he says. “Coming to USC and diving into aging research helped me find a bunch of different things that contribute to aging, and I became interested in topics I didn’t even know about before.”

Bravo eventually selected the Benayoun Lab. Under the direction of Assistant Professor of Gerontology Bérénice Benayoun, Ph.D., the lab focuses on uncovering how aging influences genomic regulation. Bravo is examining the molecular biology of aging. He’s studying specific pieces of DNA in cells called transposons that tend to move around as organisms get older and learning how this movement contributes to aging.

USC is one of the only institutions working on this complex question, and Bravo says it’s given him a valuable opportunity to hone his research interests and skills in a specific area of aging.

“My initial focus was just on aging very broadly,” he says. “[But] after my first year, I settled down with a lab and just hit the ground running.”

After graduating, he plans to continue working as a researcher in academia. In the meantime, Bravo is learning how to find and apply for grants, conduct experiments and analyze scientific literature.

As the recipient of a prestigious NSF Graduate Research Fellowship, he says he also is fortunate to have independent funding for three years to focus on understanding the complex interactions between bacteria-like and virus-like entities inside cells that may influence aging.

The funding not only liberates lab resources and allows Bravo to pursue a riskier research topic, but it also contributes to improving diversity in science through mentorship and outreach—a value that is important both to Bravo and USC.

“This award is, in many ways, freedom,” he says. “[It’s] not only a major achievement, but also a major responsibility (that I am very happy to take on!)”