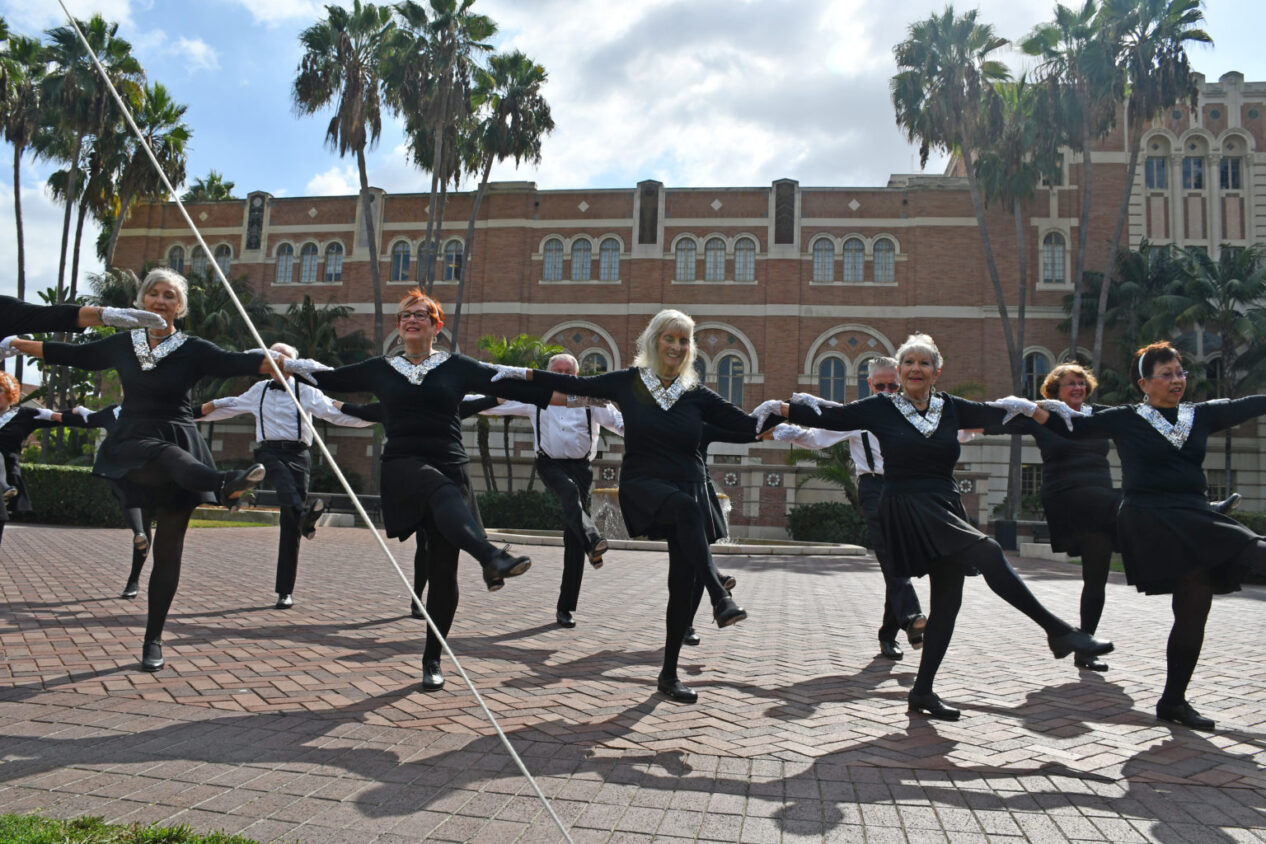 To mark the United Nations-created holiday, the USC Leonard Davis School of Gerontology led campus-wide events raising awareness of the opportunities and challenges related to our aging society.

Donning sequins, top hats, and tuxedos, the Snappy Tappers took the stage by storm. Grooving to the likes of Sinatra’s “New York, New York” and The Beatles’ “When I’m Sixty-Four,” the troupe tap danced on the bricks outside of USC’s Doheny Library before a crowd of beaming fans, new and old. After their final kickline, the dancers–all older adults–received a shower of applause.

The Snappy Tappers were just one of the acts at USC’s events commemorating the International Day of Older Persons on Oct. 1. This holiday, coined by the United Nations, celebrates and advocates for older people in our global society. Throughout the day, USC hosted performances and other activities by, for, and about older adults, raising awareness across campus. 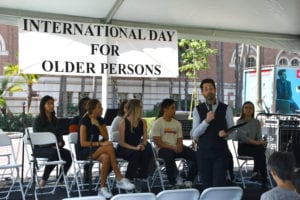 “We are embracing the intergenerational ethos within our school, challenging misconceptions of aging, and embracing the importance of education and participatory inclusion,” Nash said about the day’s events.

Showcasing this dedication to intergenerational communication, USC Leonard Davis School students presented talks on important aging-related topics, including caregiving issues and end-of-life decisions. Another highlight of the event was an appearance by The Fifth Dementia, an intergenerational music group whose members include older adults with dementia. Performing classics such as “California Dreamin’” and “Somewhere Over the Rainbow,” the members sang and played their instruments with pride. 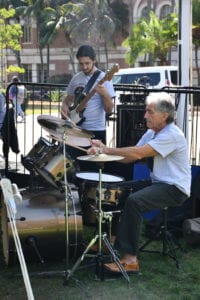 Members of the Music Mends Minds band The Fifth Dementia span generations and include older adults with dementia.

Its members participate through Music Mends Minds, an organization that supports older adults with music. The nonprofit helped organize the event, along with Leonard Davis researchers, staff, and students; the USC Center for Excellence in Teaching; the USC Student Gerontology Association; the USC Alumni Association, and the USC Emeriti Center.

Tiana Miller, a junior majoring in Lifespan Health at the Leonard Davis School, expressed her appreciation for the celebration.

“I think more people should know about it! It’s not as drab as they think it is,” said Miller. “Older people are just like you and me; they still have a lot of personality. So, get to know them!”

In addition to leading talks, gerontology students presented research and provided information about the school’s programs and opportunities. USC students from across campus took part in the activities, achieving the Leonard Davis School’s goal of introducing young people to the field of gerontology.

“I had no idea that it was the International Day of Older Persons, and I was surprised to see how many people showed up to this event,” said Mikey Chun, a junior majoring in Cinema and Media Studies who especially enjoyed the musical guests and positive exposure to older adults. “But, it was really heartwarming to see all of the older people show up and just have fun on stage with their performance, as well as all of the people so invested in the elders of their community.”

The day’s activities also promoted how to engage with older adults. With activities such as tai chi, yoga, and networking with USC alumni, attendees were able to authentically connect to and interact with older persons living vibrant lives.

Dean Pinchas Cohen of the Leonard Davis School put it perfectly when introducing the event:

“This is really a fantastic opportunity to celebrate older persons, gerontology, and community.”