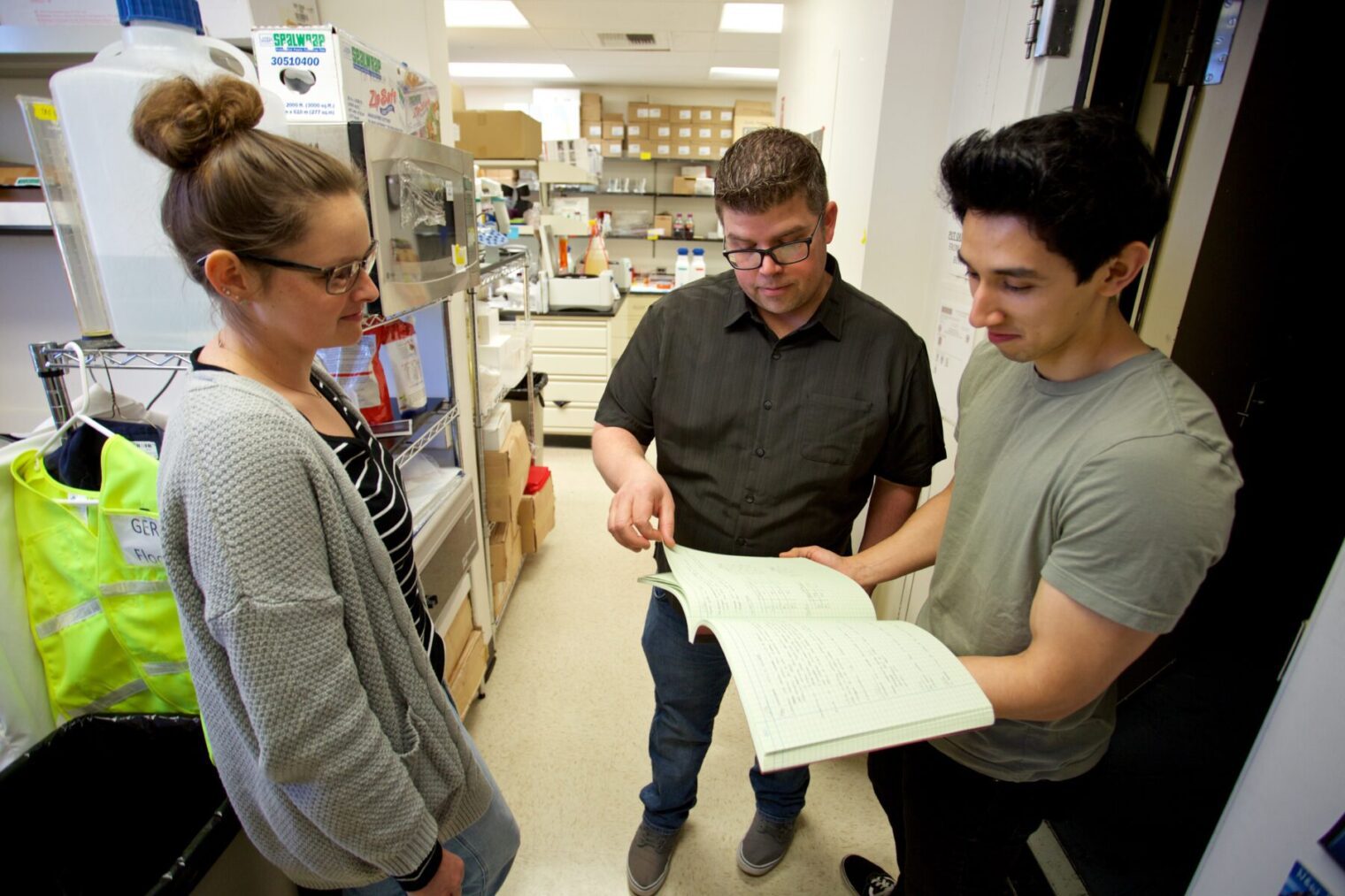 An accomplished scientist and award-winning mentor, Sean Curran helps students embrace surprises and the discoveries they can yield.

Sean Curran knows from personal experience that laboratory experiments can end in failure. That understanding has shaped how he mentors his students and colleagues — and has led to some remarkable findings in his lab. 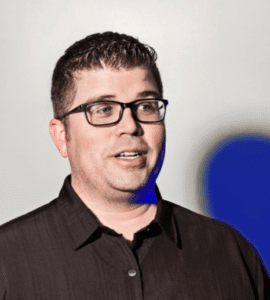 “I learned a lot of science by doing it wrong the first time, figuring out what the mistake I made was and then trying not to make that mistake again,” says Curran, who is an associate professor of gerontology and molecular and computational biology and the associate dean of research at the USC Leonard Davis School of Gerontology. “When an experiment doesn’t work, don’t just repeat it again — but don’t throw it away, either. Taking the time to figure out what was done inappropriately is probably the best learning experience you can have.”

Curran’s own research into healthy longevity involved a few such learning experiences and resulting shifts in focus. One unexpected discovery happened while he was examining the genetic changes that can lengthen or shorten life in C. elegans, a tiny, transparent worm with a short lifespan that’s well suited for research into aging. Curran says, “The discovery that we could use diet to correct a genetic deficiency that shortens healthspan was a mistake.” 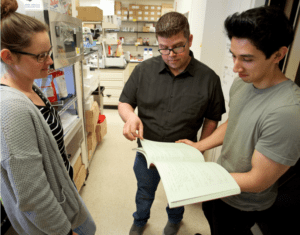 Under normal conditions, C. elegans in the laboratory eat a standard diet consisting of a strain of E. coli bacteria called OP50. However, performing RNA interference (RNAi) — a way to reduce the expression of a target gene without knocking it out entirely — requires feeding the worms a different strain of E. coli bacteria, HT115, which transfers the genetic material needed for the interference into the worms.

From genetic screens, Curran’s team identified a mutant line of C. elegans that was short-lived. It developed normally until its reproductive period, but the remainder of its short lifespan was unhealthy. Using this line of mutant worms, Curran’s team prepared to manipulate genes systematically using RNAi techniques. However, says Curran, “The problem was that when we put it on that diet [for RNA interference], it was no longer short-lived. It had a perfectly healthy, regular lifespan. It wasn’t long-lived [compared to the average C. elegans lifespan], but it wasn’t short-lived anymore, either, and didn’t exhibit the sickness.”

The difference between the bacteria making up the two diets was small — “like eating wheat bread versus white bread,” Curran says — but the questions it posed led to his identification of “diet-gene pairs,” in which genes confer health advantages or disadvantages depending on what type of diet an organism eats.

The team has now identified several of these diet-gene pairs in C. elegans and is transferring its work to experiments in mice. Curran notes that, so far, each of the genes pinpointed in the worms is evolutionarily conserved — i.e., there is an analogous version of the gene in other animals, including humans. Thus, what was once thought to be a laboratory mistake may turn out to have important clinical applications, he says.

Curran has already been recognized by the aging field for extraordinary research contributions. He received the Nathan Shock New Investigator Award from the Gerontological Society of America in 2014, and he was honored by the Duke University Center for Aging and Human Development with the Ewald W. Busse Research Award in 2015.

“I think we can actually predict that one day we’ll be able to say, ‘These will be the healthiest foods that you should eat’ or ‘These are the ones that you should avoid,’ based on individual genetics,” he says. “We could potentially prescribe food as a nutraceutical.”

Such unforeseen findings provide great teaching moments for the students in his lab, Curran says. His strength in teaching and mentorship has been repeatedly recognized by USC; in 2012, he received a USC Mentoring Award for his work with undergraduate students, and in 2019 he received the university’s highest award for mentorship, the Provost’s Mentoring Award.

While his lab includes mainly PhD students, he takes his role of preparing students of every level to be the next generation of independent scientists very seriously. His goal: to help students stop thinking about science from a textbook viewpoint and start realizing that they can make new discoveries and write the next chapter themselves.

“There is a point where students’ questions stop being method-based — ‘Am I doing this right? How do I do this? How do I set up a specific experiment?’ — and become more about ‘I’m interested in this question,’ and that question is larger in the scheme of biology,” he says. “And then by the time they’re able to propose the tools and the approach to do that, they’re ready to graduate. That’s what a PhD program is for — to be able to identify an interesting topic, develop a plan to answer that question, get data, integrate it into a new model and shape the next big question.”

On top of his busy schedule with research and students, Curran also serves his fellow USC Leonard Davis School faculty members as both the associate dean of research and chair of the school’s Academic Advancement Forum for junior faculty.

Since he began leading the forum in 2016, Curran says he has focused on keeping both tenure-track and non-tenure-track junior faculty aware of opportunities and ensuring that they have the information they need to succeed. He also makes sure that members of the forum, who span a wide range of aging disciplines, from biology to sociology, have ample time to freely talk and network with one another. And as associate dean of research, Curran is the USC Leonard Davis School’s representative to the university’s Office of Research, voicing school concerns and gathering information about university research policies and resources on behalf of gerontology colleagues. 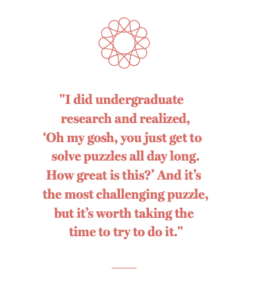 In addition to these roles, he is also leading a university-wide, convergent initiative on the study of lifespan health. In 2019, he received a perfect and highly coveted score of 10 on an application that earned him a prestigious K07 Academic Leadership Career Grant funded by the National Institute on Aging. With the grant, Curran aims to convene faculty members, postdoctoral researchers and students from across USC who are interested in aging, encourage mentoring relationships and scientific cooperation, and hold annual multidisciplinary scientific events focused on aging.

“A university standpoint could seed new ideas and make new collaborations,” Curran says. “I think there is something to be said about being at a conference, meeting someone in the coffee line, and having it develop into the best collaboration you’ve ever had.”

With these additional leadership roles — plus his responsibilities as the father of seven-and-a-half-year-old twin boys — he is showing his students and trainees what life as an academician is really like. While it’s not the typical 9-to-5 job, he balances research, mentorship and administrative work with family life, and he makes sure his mentees know that it’s important to be adaptable and to take time for oneself in the midst of a challenging scientific career.

“Biological science is riddled with failure at times, but I learned at the appropriate time that failures aren’t always bad. If you look at them as learning opportunities to figure out what went wrong, you’re in an okay place,” Curran says. “It takes a strong person to be able to overcome challenges and disappointment, and you have to really want to be a problem solver. It’s actually what drew me to science. Once upon a time, I thought I was going to be a medical doctor, but then I did undergraduate research and realized, ‘Oh my gosh, you just get to solve puzzles all day long. How great is this?’ And it’s the most challenging puzzle, but it’s worth taking the time to try to do it.” 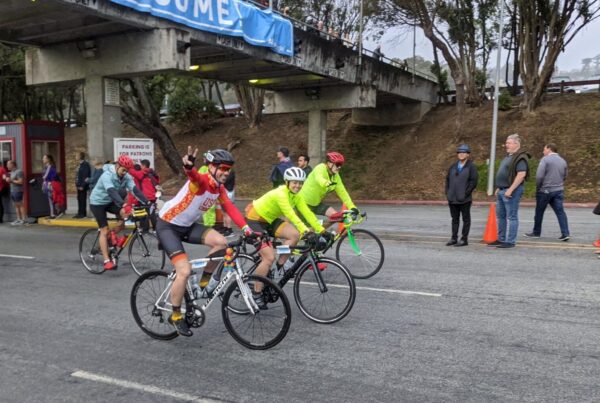 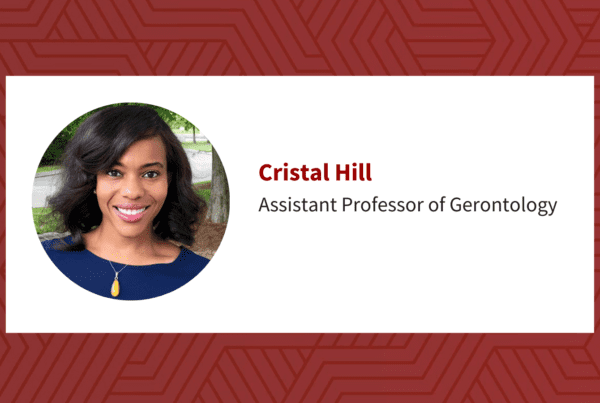 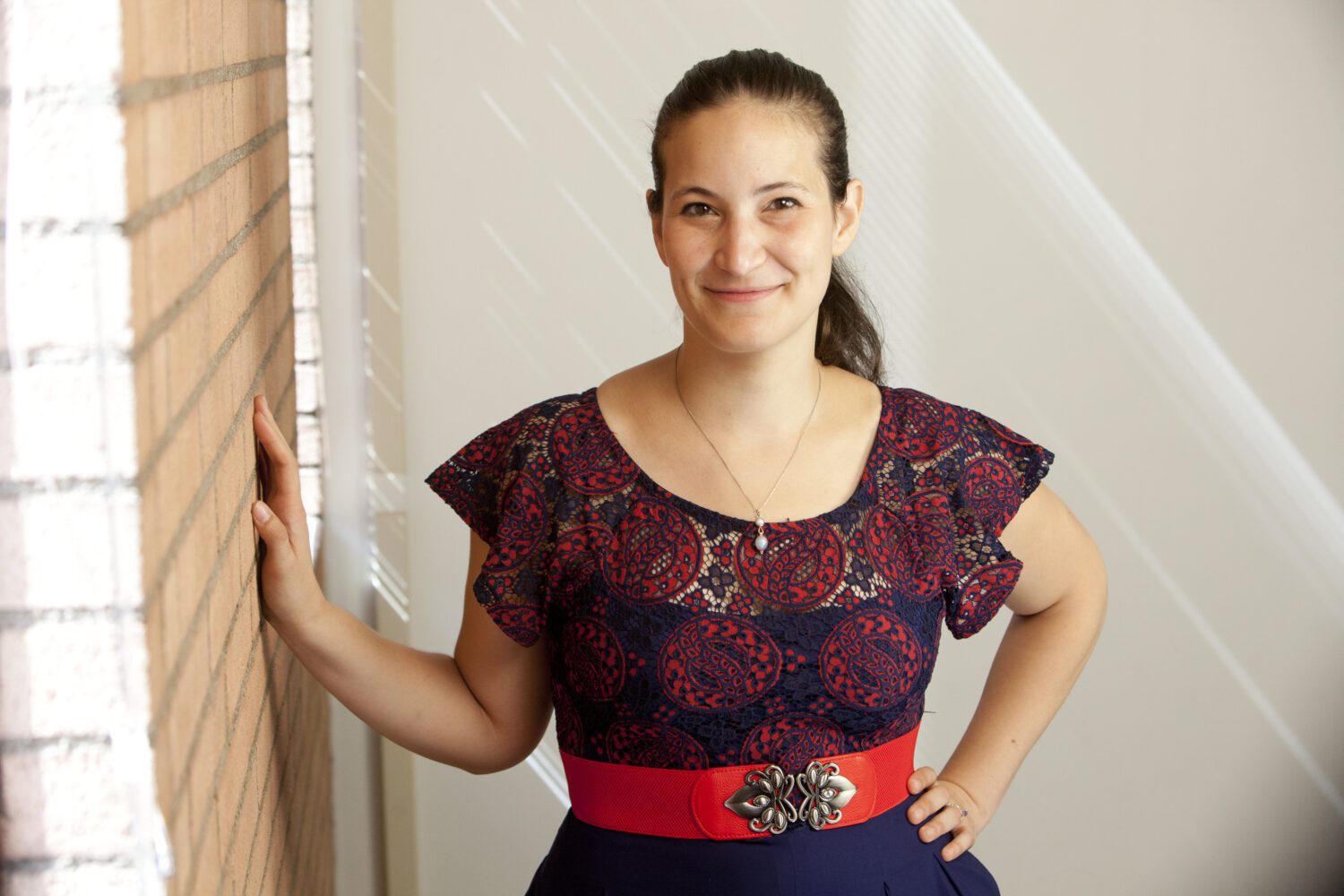