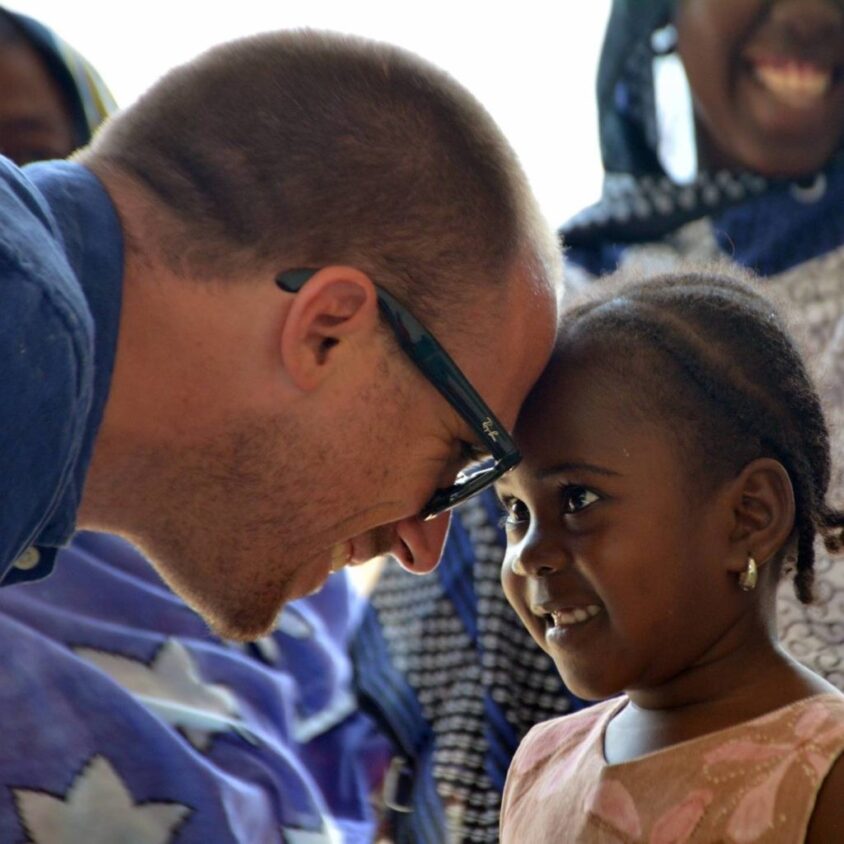 Humanitarian Tyler Evans '02 has responded to disease outbreaks around the globe and is now the chief medical officer overseeing the COVID-19 response for the New York City Department of Emergency Management. 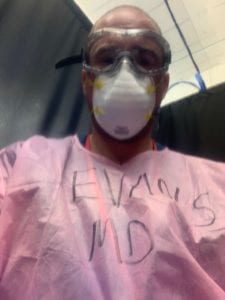 Dr. Tyler B. Evans ’02 has fought on front lines of major disease outbreaks around the globe. He promoted public health measures in South Africa at the height of the AIDS crisis and he donned full protective gear in 110 degree heat to treat Ebola patients in Sierra Leone. So it was perhaps no surprise that when the novel coronavirus arrived in the United States, he moved across the county to become the chief medical officer overseeing the COVID-19 response for the New York City Department of Emergency Management.

The USC Leonard Davis School alumnus is now leading isolation and quarantine coordination efforts in the nation’s most populous city and spends his days – and some nights – tending to patients at the makeshift hospital erected on the grounds of the U.S. Open Tennis Center in Queens.

“I’m sitting here in a tennis field hospital with incredibly sick people, but they all have what we refer to as social determinants of health,” he said. “They all are people that historically don’t have a great access to healthcare. So there’s a lot of factors involved that have led them to be more vulnerable.”

Beyond improving individual lives he is on a mission to make systemic change in health care delivery and services; and to recruit students and professionals of all fields to contribute to the cause. He says it takes all kinds of skills, from creating databases, to writing code, to developing infrastructure to affect humanitarian change.

“A lot of the developments are not as sexy and cool and exciting as people think they are,” he said. “But all those parts ultimately end up leading to our ability to save lives,” he said.

It was an experience at USC that set the course for Evans’ altruistic career. “We’d go down to the Mexican border with an organization and provide medical care once or twice a month,” he recalls. “That was definitely an eye-opener for me. USC really primed me and launched my academic career.”

As a pre-med student, Evans was searching for a discipline that could bridge his interests in both the social and biomedical sciences. Gerontology was the perfect fit. “The Leonard Davis School was well renowned for being the only school in the country with an actual undergraduate major,” he says.

After graduation, he earned a degree in public health from Columbia University and set off on a path that both cemented his desire and provided specialized expertise for a multifaceted career focused on improving health and health care for the world’s most vulnerable populations.

He became a medical doctor, earning his degree from the Sackler School of Medicine in Israel and completing a residency in internal and preventive medicine at the University of Arizona and the State University of New York at Buffalo. His training and education continued with a masters in epidemiology from SUNY Buffalo and a fellowship in tropical medicine and hygiene from  the London School of Hygiene and Tropical Medicine. He describes himself as a “humanitarian, who just happens to be a doctor” and says his ultimate objective is to lend is voice to the voiceless across the globe.

“They’re the ones who need help,” he said.

In addition to a number of international missions, mostly in sub-Saharan Africa, South Asia and the Middle East with Doctors without Borders, Partners in Health and other global organizations, he has also worked domestically serving Native Americans with the Indian Health Service, as well as at a large federally qualified health center in NYC, where he established one of the first integrated programs for providing primary and mental health care to refugees asylum-seekers. He is one of the founders of the NYC Refugee and Asylee Health Coalition and served as the  national director of infectious disease at the largest community-based HIV/AIDS organization in the U.S.

Evans has also maintained his connection to USC. He’s back at the Leonard Davis School. This time as an adjunct associate professor, where he plans to develop a seminar on humanitarian medicine. In the meantime, he recently took time out of his busy schedule to speak to his former professor John Walsh via a Zoom call, in which he imparted this message to students.

“It’s so important that, throughout your career, whether it’s in medicine or public health or whatever field you decide, to just try to do the right thing and lead your career with your moral compass, and ultimately try to impact, populations that need it the most,” he said, while emphasizing that the students too have something to gain from this approach.

“I assure you that, ultimately, your lives both professionally and personally will be very rich and meaningful.”