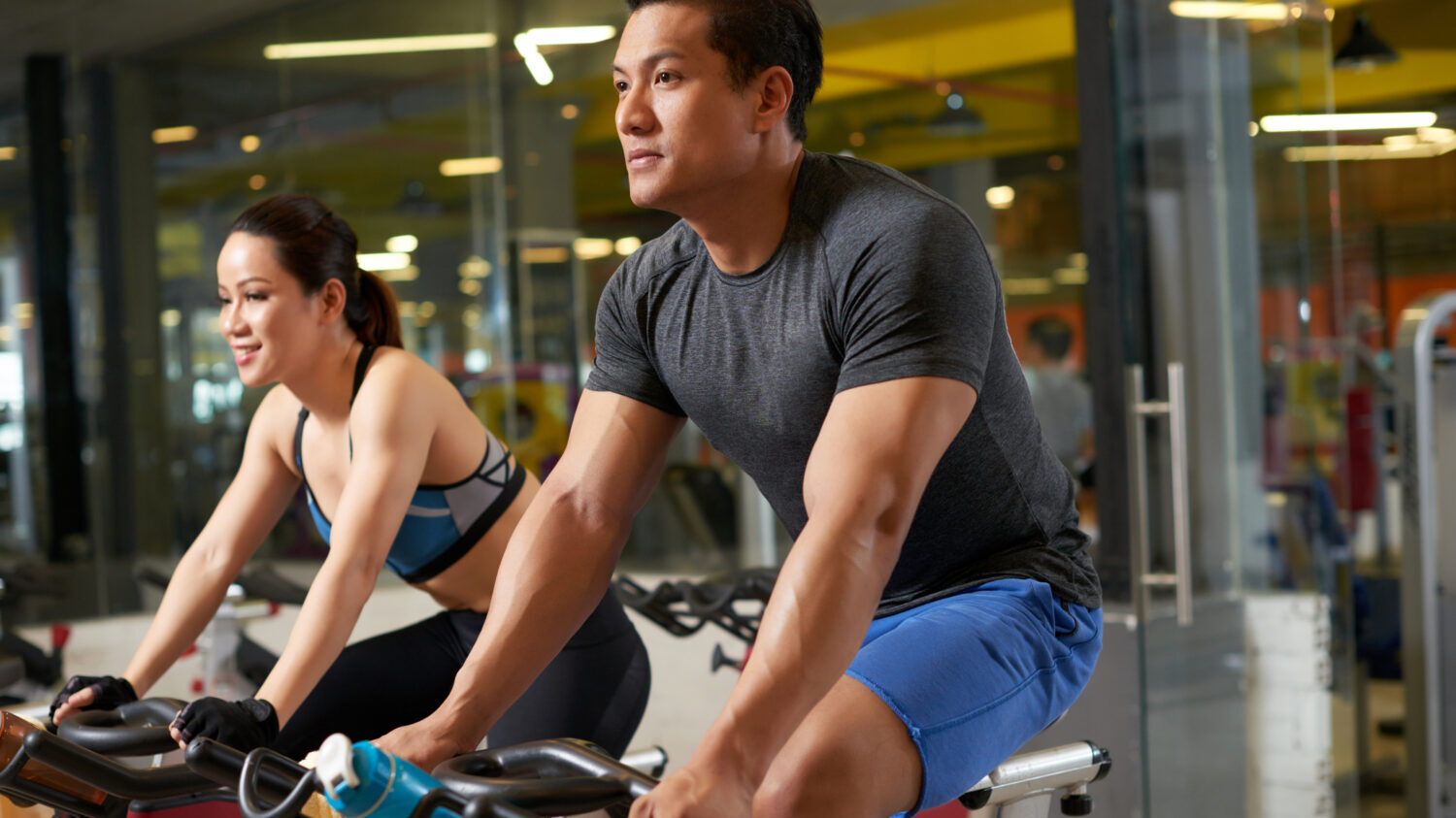 The research, published on Wednesday in Nature Communications, reveals a detailed look at how the mitochondrial genome encodes instructions for regulating physical capacity, performance and metabolism during aging and may be able to increase healthy lifespan.

“Mitochondria are known as the cell’s energy source, but they are also hubs that coordinate and fine-tune metabolism by actively communicating to the rest of the body,” said Changhan David Lee, assistant professor at the USC Leonard Davis School of Gerontology and corresponding author of the study. “As we age, that communication network seems to break down, but our study suggests you can restore that network or rejuvenate an older mouse so it is as fit as a younger one.”

The study looked at the role of MOTS-c, one of several recently identified hormones known to mimic the effects of exercise. However, MOTS-c is unique because it is encoded in the small genome of mitochondria rather than the larger genome in a cell’s nucleus. This opens up a whole new genome to target for new interventions, says Lee, who, along with Pinchas Cohen, professor of gerontology, medicine and biological sciences and dean of the USC Leonard Davis School, first described the evolutionarily conserved protein and its effects on metabolism in 2015. His subsequent studies showed how mitochondrial-encoded MOTS-c instructs proteins to interact with the nuclear genome and plays important roles in regulating cell metabolism and stress responses.

In mice, physical improvement at all ages

For this study, the research team tested how injections of MOTS-c affected mice of different ages by measuring physical capacity and performance in young (2 months), middle-aged (12 months), and old (22 months) mice. When the mice were presented with physical challenges — including maintaining balance on a rotating rod and running on an accelerating treadmill — mice of all ages who had received MOTS-c treatment fared significantly better than untreated mice of the same age.

Even groups of mice that had been fed a high-fat diet showed marked physical improvement after MOTS-c treatment and less weight gain than untreated mice. These findings echo previous research on MOTS-c treatment in mice, which also found that it reversed diet-induced obesity and diet- and age-dependent insulin resistance.

Additionally, treating the oldest mice nearing the end of their lives with MOTS-c resulted in marked physical improvements. This late-life treatment improved grip strength, gait (measured by stride length) and physical performance, which was assessed with a walking test (running was not possible at this age).

“The older mice were the human equivalent of 65 and above and once treated, they doubled their running capacity on the treadmill,” Lee said. “They were even able to outrun their middle-aged, untreated cohorts.”

To measure the effects of exercise on MOTS-c levels in people, the researchers collected skeletal muscle tissue and plasma from sedentary, healthy young male volunteers who exercised on a stationary bicycle. Samples were collected before, during and after the exercise as well as following a 4-hour rest.

In muscle cells, levels of MOTS-c significantly increased nearly 12-fold after exercise and remained partially elevated after a four-hour rest, while MOTS-c levels in blood plasma also increased by approximately 50% during and after exercise and then returned to baseline after the rest period. The findings suggest that the exercise itself induced the expression of the mitochondrial-encoded regulatory peptides.

The expression of MOTS-c during exercise in humans and the results from the studies in mice lend support to the idea that aging is regulated by genes in both the mitochondrial and nuclear genomes. While further research on MOTS-c is needed, the data indicates that MOTS-c treatment could increase health span, or the portion of the life span spent in good health, and address frailty and other age-related conditions, Lee said.

The results from MOTS-c treatment in mice are extremely promising for future translation into humans, he added, especially the fact that such results were obtained even with treatment starting at older ages.

“Indicators of physical decline in humans, such as reduced stride length or walking capacity, are strongly linked to mortality and morbidity,” he said. “Interventions targeting age-related decline and frailty that are applied later in life would be more translationally feasible compared to lifelong treatments.”

“MOTS-c is an Exercise-Induced Mitochondrial-Encoded Regulator of Age-Dependent Physical Decline and Muscle Homeostasis” first appeared online on Jan. 20, 2021. The study’s first author is USC Leonard Davis postdoctoral researcher Joseph C. Reynolds. Co-authors include Rochelle W. Lai, Ryan Lu, Pinchas Cohen and Bérénice A. Benayoun of the USC Leonard Davis School; Jonathan S.T. Woodhead, Cameron J. Mitchell, Troy L. Merry and David Cameron-Smith of the University of Auckland, New Zealand; and James H. Joly and Nicholas A. Graham of the USC Mork Family Department of Chemical Engineering and Materials Science. Cohen is a co-founder, stockholder and board member of CohBar Inc., which is based in Menlo Park, Calif., and conducts research and development of mitochondria-based therapeutics. Lee is a consultant for and a stockholder of CohBar. CohBar is in clinical trials with a MOTS-c analogue.

Funding for the study was provided by the American Federation for Aging Research (AFAR), the National Institute on Aging (T32 AG052374) and the USC Manning Endowed Fellowship to Reynolds; a Mork Graduate Fellowship from the USC Viterbi School of Engineering to Joly; the USC Viterbi School of Engineering to Graham; the NIA (P01AG034906) to Cohen; the NIA (R00AG049934), an innovator grant from the Rose Hills foundation, a seed grant from the NAVIGAGE foundation, and the Hanson-Thorell Family to Benayoun; a Rutherford Discovery Fellowship and a Marsden Fund Fast Start Grant to Merry; and the NIA (R01AG052258), Ellison Medical Foundation, AFAR and the Hanson-Thorell Family to Lee.