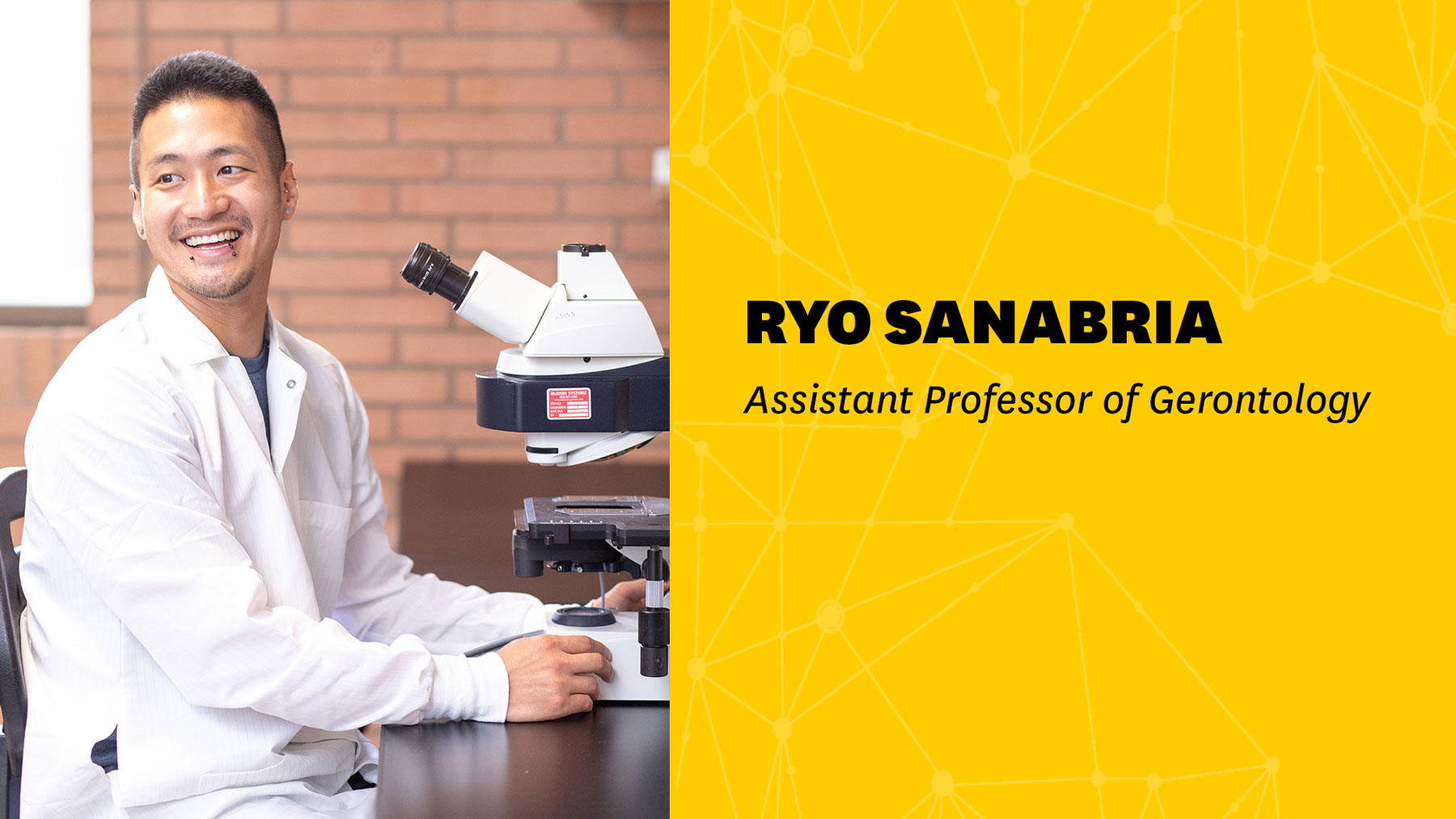 Podcast: Studying the Intersection Between Stress and Aging

Home » Podcast: Studying the Intersection Between Stress and Aging

Assistant Professor of Gerontology Ryo Sanabria joins Professor George Shannon to discuss their research seeking to understand why stress response pathways break down as we grow older and whether there may be ways to delay that breakdown and potentially promote healthier lifespans.

On the definition of stress:

Stress can come in so many different forms and flavors. It can come in the form of something external, something like heat stress. For example, being out in the desert heat, it can be something as similar to cold stress of a winter storm, or even something like a bacterial or viral infection… Stress can also be internal though. It’s not only external. When we think of humans, we can think of big things like mental stress, emotional stress, social and societal stressors. So really the definition of stress is pretty large. And just to say anything that causes some kind of adverse reaction to the body is a stress. And so we study all of these various types of stresses and how it impacts our bodies, our health, and of course aging.

On how our cells respond to stress:

The response to stress within the cell is simply to activate mechanisms that prevent damage. And the main way that this happens is to turn on genes. So genes encode specific types of proteins and processes and mechanisms that are important to mitigate the stress. So it’s like essentially activating or turning on a switch that has some kind of functional output, similar to how you will just flip a switch to turn on a fan or an air conditioner. So you can cool down the house. Exactly in the same way, the cells will switch on jeans that can activate pathways that prevent or mitigate that is associated with exposure to stress. So for example, when we are under heat stress, our cells will turn on the mechanisms and pathways that will essentially alleviate damage associated with heat stress, such as damaging proteins or things like that, that happen under heat stress. So the cell is essentially trying to repair or discard damaged proteins that happen with exposure to heat.

On efforts to give an older person a younger person’s ability to deal with stress:

So when we think about model organisms, what we’re doing is activating those genes that I talked about. So essentially turning on those switches that will then activate a specific pathway, like in the example I gave earlier where heat stress causes damaged proteins, you can turn on the switches that will essentially activate pathways that will remove or repair the damaged proteins. So what happens during the aging process is that the capacity to turn on these genes switch on these genes is impaired.

So what do we do with this? We really try to increase the capacity of that gene to turn on. So it would be like increasing the electrical circuit’s capacity to pump energy into your AC so we can increase the gene’s output and in model organisms, this is easy. We can simply overexpress your gene. So what does that mean? If we think about the number of copies a gene has, usually one gene will have one copy, but if we give an organism 50 copies of the same gene, even if we decrease the output by half during aging, you’re still having 25 times the gene expression, which will improve the overall outcome.

But of course, in humans, you can’t just go in and increase the number of copies of a gene. We’re not yet there for gene therapy. So what can we do in humans? Well, if we know what specific mechanisms are activated by the gene, we can try to target them with drugs. So use drugs that increase the function of one specific mechanism. So we know many of the genes and mechanisms that get activated when we’re exposed to for example, heat stress. So we can try to develop drugs that activate these pathways to essentially hyper-activate the stress response and try to use this to combat aging.

On the concept of hormesis and the benefits of exercise:

Hormesis – what it means is that exposure to low levels of stress can activate a beneficial stress response that makes you more resilient to exposure to future stressors. Exercise is exactly this. When you exercise you’re stressing out the body, you can get micro-tears and the muscles when you do strength training, and that’s what lets the muscles grow and become stronger. Any kind of cardio or any type of fitness will make your body temperature elevate, which will cause a mild heat, stress and exposure to all of these mini stressors during exercise activates all of these stress response pathways that I talked about before. And so when your body faces stress, you essentially become more resilient to it. So athletes tend to be healthier mostly because they have a higher tolerance for stress. Their bodies are better able to mitigate damage associated with stress because their bodies can activate stronger stress responses.

So the concept of hormesis is that what doesn’t kill you makes you stronger. Every hardship you face makes you more resilient and stronger to face the next one. So truly there’s a connection to exercise and fitness as a model of essentially adapting to stress, to essentially combat aging.

On the benefits of stress:

Yeah, I know we covered a lot today. I went into so many diverse topics, so I just want to summarize everything by saying Kelly Clarkson sings it right. For sure. She says what doesn’t kill you makes you stronger. Definitely true. So while people will always tell you “avoid stress, it isn’t good for you,” I want to just say, well, some stress isn’t so bad. Living a completely stress-free life might actually not be so beneficial. So let yourself experience some good stress, work out, go to the gym, fight off a bully, maybe, immerse yourself in a challenging job. Everything you face in life will make you that much stronger. And who knows. It might even positively impact your lifespan.

Health and Wellness Podcast No Comments