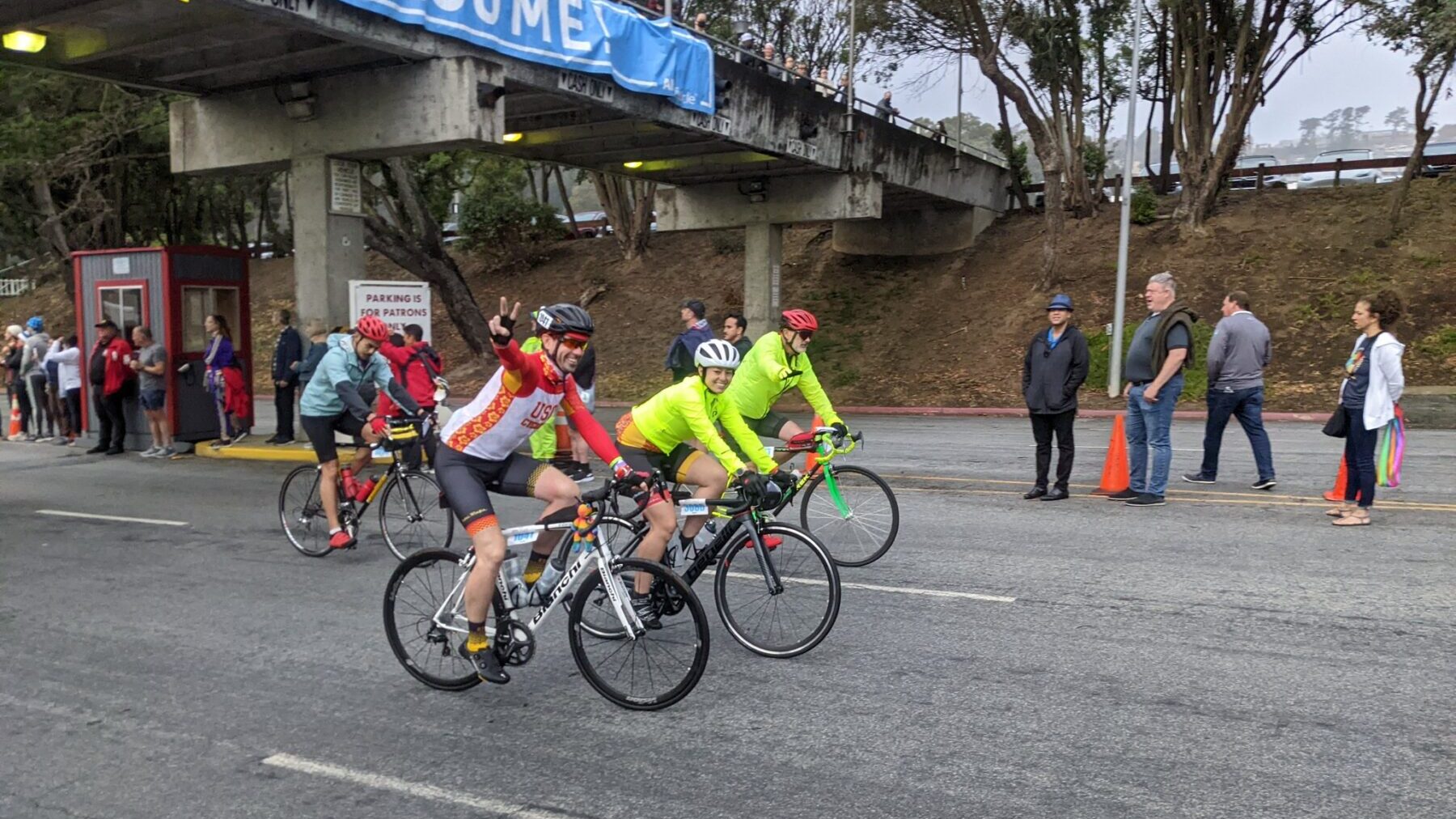 Instructional Associate Professor Paul Nash, who is currently riding his bike from San Francisco to Los Angeles as part of the AIDS/LifeCycle ride, joined the Lessons in Lifespan Health podcast in June 2021 to talk about intersectionality and LGBTQ+ issues in aging. Here are some highlights from that conversation:

A geopolitical perspective on LGBT rights and intersectionality

“So when we look at this from a historical perspective, LGBT rights have changed dramatically. So today, for example, we have marriage equality. There are anti-discrimination laws. But 50 years ago, that just was not the case. Marriage equality was not even anywhere near the legislation books. And when we look at things like the DSM, the diagnostic and statistical manual [of mental disorders], homosexuality was actually considered a mental illness. So we have to think about how this is affecting people expressing their own identity as they become older adults themselves and across the whole life course as well. Compare that to younger people now, who are able to express that; we can start to understand some of the cumulative trauma that older adults have experienced. And that feeds into some of the challenges that are faced by older adults because of this being in the closet and hiding away.

“When we look at how racism and sexism and homophobia has developed across the last 50 years, we can start to understand then why, for example, gay women of color and especially trans women of color are subject to the most forms of discrimination, which leads to problems in terms of accessing services, because they don’t have faith in healthcare services, in support services, in any formal structure. So we have to make sure that there are targeted health messages. We need to make sure that we are removing some of these intersectional barriers so we can try and aim for a more equitable society.”

Risk factors for loneliness and isolation

“We know that the majority of older adults within the LGBT community are likely to be single. They’re also less likely to have a biological family, or children of their own. And they’re also more likely to be estranged from their own family, which has led really to the development of what we call family of choice, which is really where people surround themselves by friends and friends basically take that role of family within your own life. But that can be kind of challenging unless we have intergenerational family or intergenerational families of choice, because it may be, for example, that a group of people at the same age all start to require support and help at the same sort of times.

“So one of the problems that we have within the LGBT community is that there are very few ‘safe spaces.’ And these often revert around bars, around nightclubs, around places, for example, that you might meet with loud music, and as an older adult, that might not necessarily be your ideal situation, especially if you’re living with cognitive impairment, if you’re living with a visual impairment or indeed issues with hearing as well. So we find that older adults often feel slightly isolated from these particular groups, which leads to a larger issue with their social network, having reduced social networks and indeed self-isolation. And we start seeing then the problems around social isolation and loneliness that you mentioned earlier, George. And these are huge issues, not just within the LGBT community but within the older adult population as well.”

Aging issues around HIV and the AIDS epidemic

“Historically, people have who were infected with HIV didn’t live long lives. Now with the new medications, the combined antiretroviral therapies that we have, people with HIV can live just as long lives as people without HIV. And this is because the viral suppression means essentially we have something called U=U: undetectable means that they can’t transmit the virus through sex. … People are living with a managed condition, it essentially becomes exactly like any other chronic disease. The only problem is the stigma around that. So again, we’re going back to that concept of intersectionality. And we know for example that about 95% of older adults living with HIV have experience either HIV stigma and/or ageism. So we know that it’s a huge problem.

“For a lot of people that survived the epidemic, survivor guilt is a real, huge problem, where people were saying, ‘Well, hang on. Why did all my friends die, and how come I have survived?’ And that again is another real issue when we’re working with older adults living with HIV. And what we need to do is be very aware of these social problems and try and challenge them, and also try to encourage people to be much more engaged and aware.”

Top: Paul Nash rides during the first day of the 2022 AIDS/LifeCycle (photo by Zach Gassoumis).