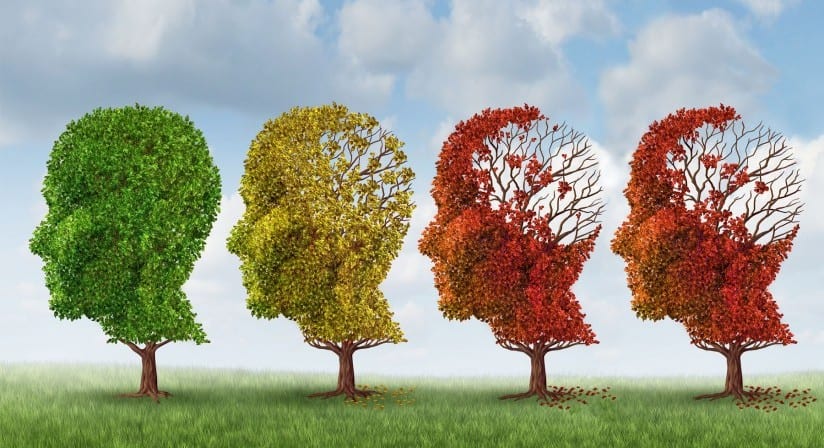 With more than 5 million Americans living with Alzheimer’s disease—and up to 16 million projected to have the disease by 2050—USC Leonard Davis School of Gerontology scientists are working harder than ever to understand the deepest biological processes behind its onset.

Why Does Alzheimer’s Affect Women More than Men?

With more than two thirds of Alzheimer’s patients being female, Professor Christian Pike wants to know why women shoulder a much heavier Alzheimer’s burden. He is studying this disparity at the deepest level by examining key genes involved in Alzheimer’s and how their effects differ in males and females.

Supported by a $250,000 Sex and Gender in Alzheimer’s research grant from the Alzheimer’s Association, Pike’s newest project will specifically examine the gene for apolipoprotein E-4 (APOE4), a primary genetic risk factor for Alzheimer’s. The presence of the APOE4 gene disproportionately increases the risk for the disease in women versus men, Pike said.

“In women, Alzheimer’s disease risk is increased approximately four times with one copy of the gene and ten times with two copies of the APOE4 gene, whereas men show essentially no increased risk with one APOE4 gene and only a fourfold increase in risk with two copies of APOE4,” he said. “Even in the absence of dementia, APOE4 is associated with significantly increased atrophy and dysfunction of the brain and that affects women much more strongly than men.”

A critical but vulnerable region in the brain appears to be the first place affected by late onset Alzheimer’s disease and may be more important for maintaining cognitive function in later life than previously appreciated, according to a review of the scientific literature led by Professor Mara Mather.

The locus coeruleus is a small, bluish part of the brainstem that releases norepinephrine, the neurotransmitter responsible for regulating heart rate, attention, memory, and cognition. Its cells, or neurons, send branch-like axons throughout much of the brain and help regulate blood vessel activity. Its high interconnectedness may make it more susceptible to the effects of toxins and infections compared to other brain regions. Also, the locus coeruleus is the first brain region to show tau pathology—the slow-spreading tangles of protein that can later become telltale signs of Alzheimer’s disease, which may provide a target for prevention and treatment, Mather said.

A common genetic variation linked to Alzheimer’s disease, ApoE4, greatly raises the likelihood of tiny brain bleeds in some men, with these “microbleeds” leave small points of damage throughout the brain and contribute to memory loss, according to a study led by USC University Professor Caleb Finch.

The study revealed that the gene variant ApoE4 has different effects on men and women diagnosed with mild cognitive impairment or Alzheimer’s. The research further underscores the significance of the gene variant ApoE4 (apolipoprotein E 4) in Alzheimer’s, building upon prior studies indicating the disease has sex-based differences that may affect treatment approaches.

“It’s important to study sex-based differences in Alzheimer’s because women live longer than men, and, as this study shows, the disease can affect them differently,” Finch said.